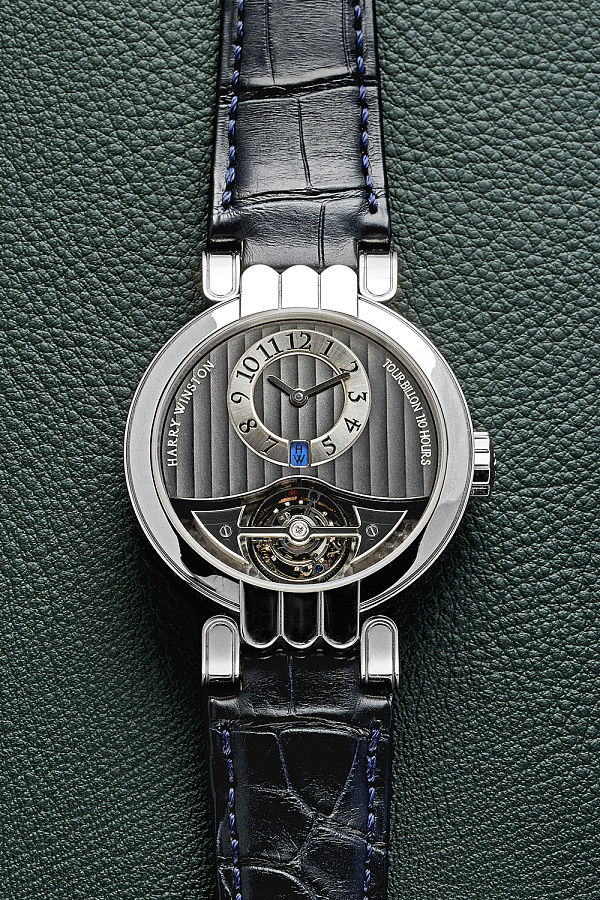 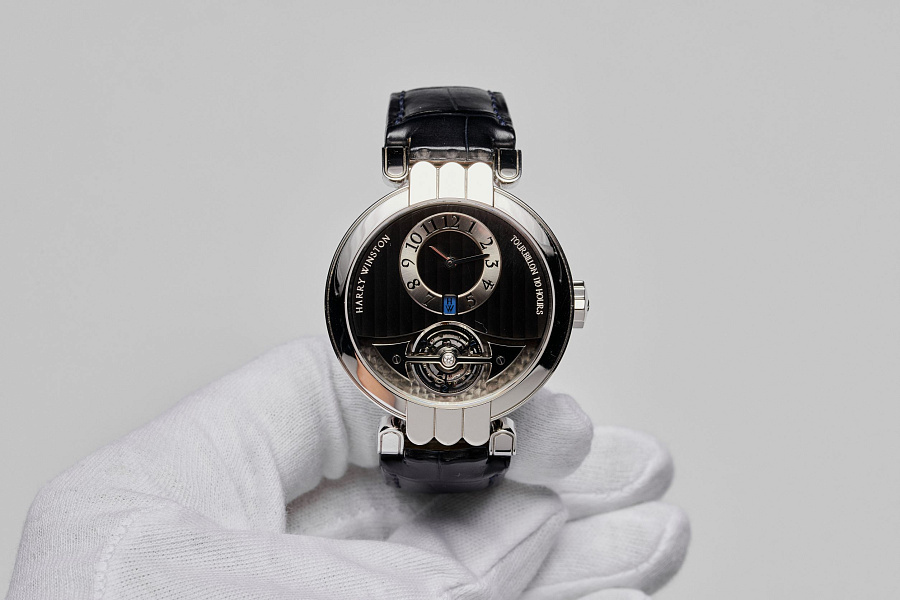 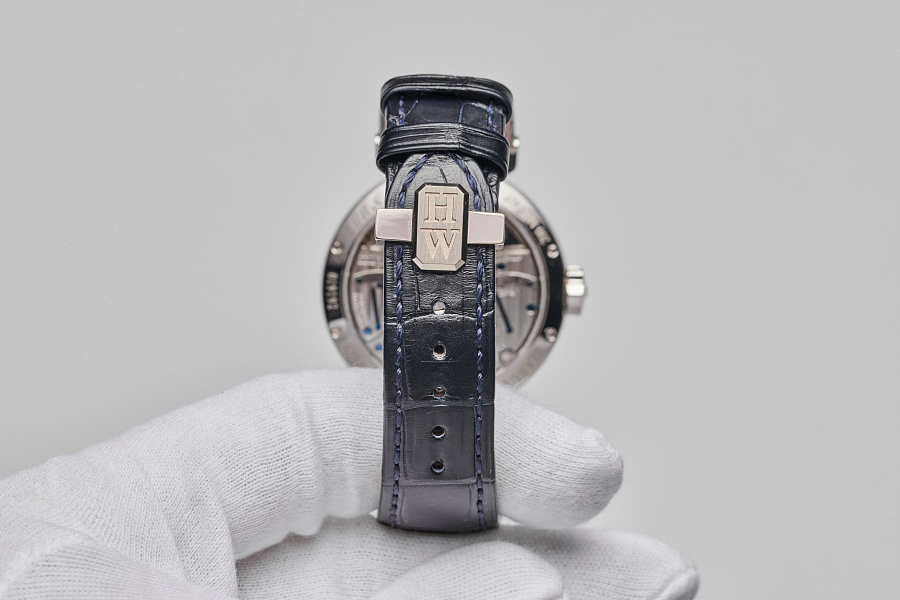 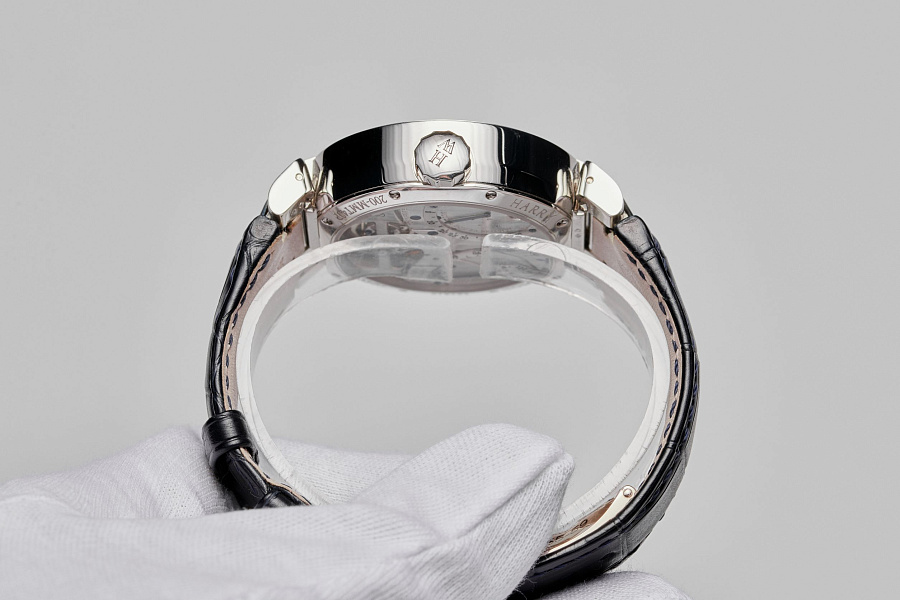 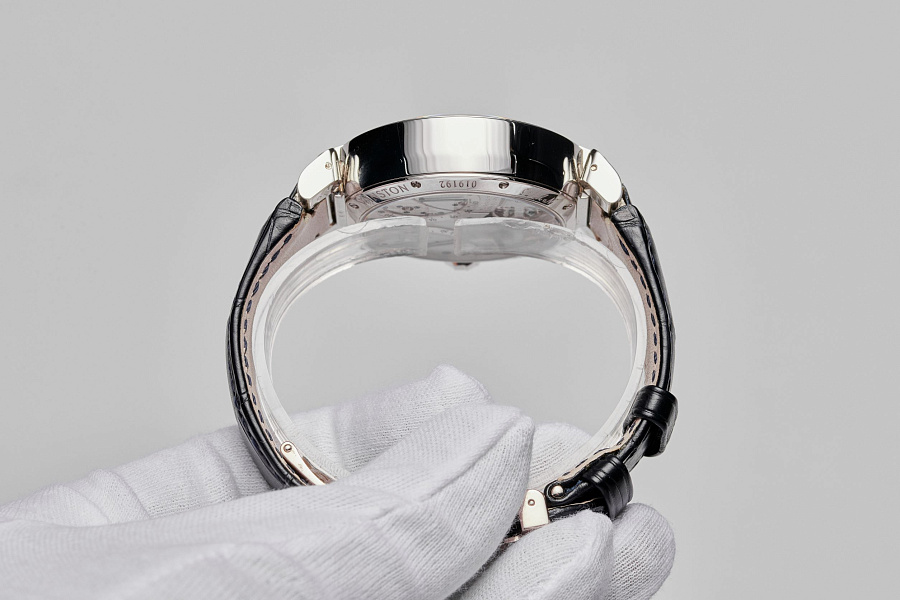 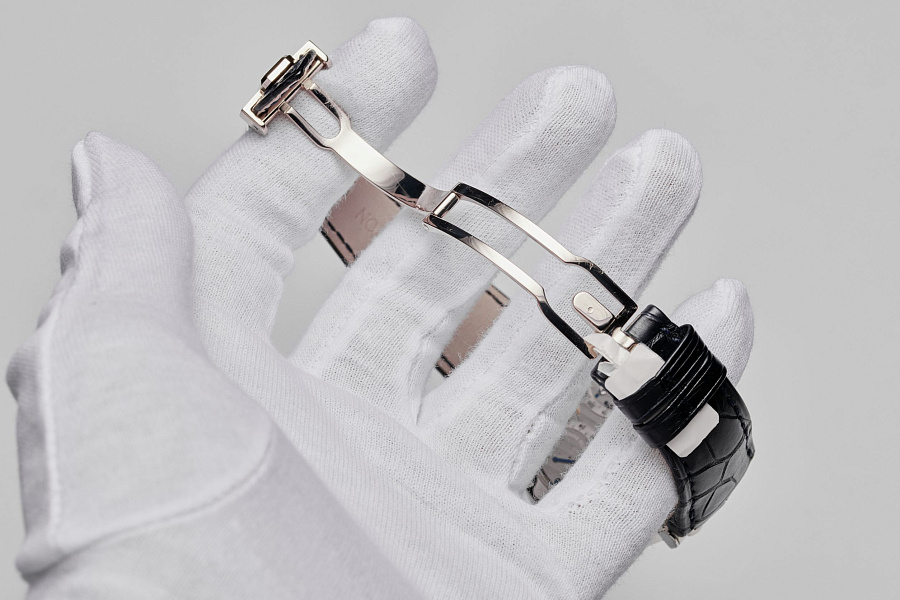 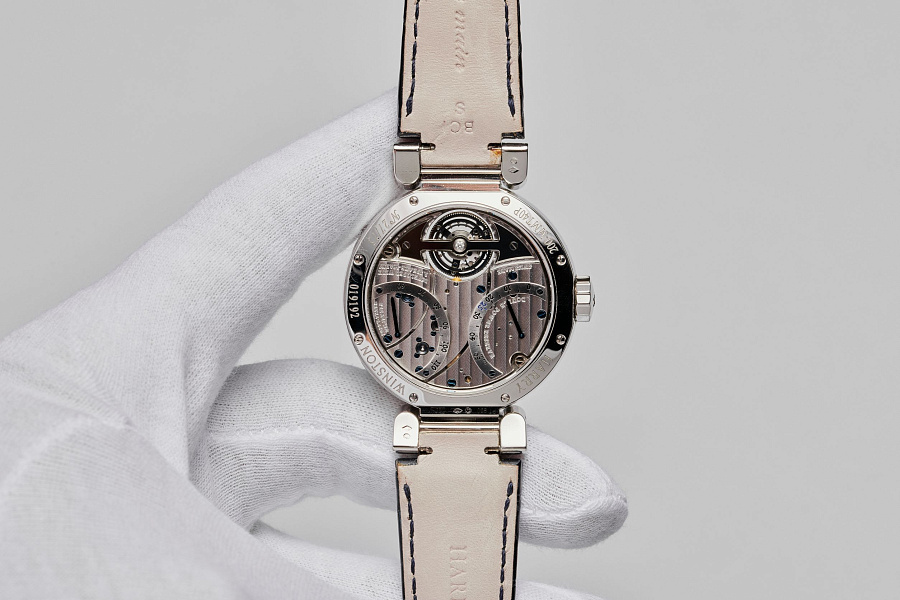 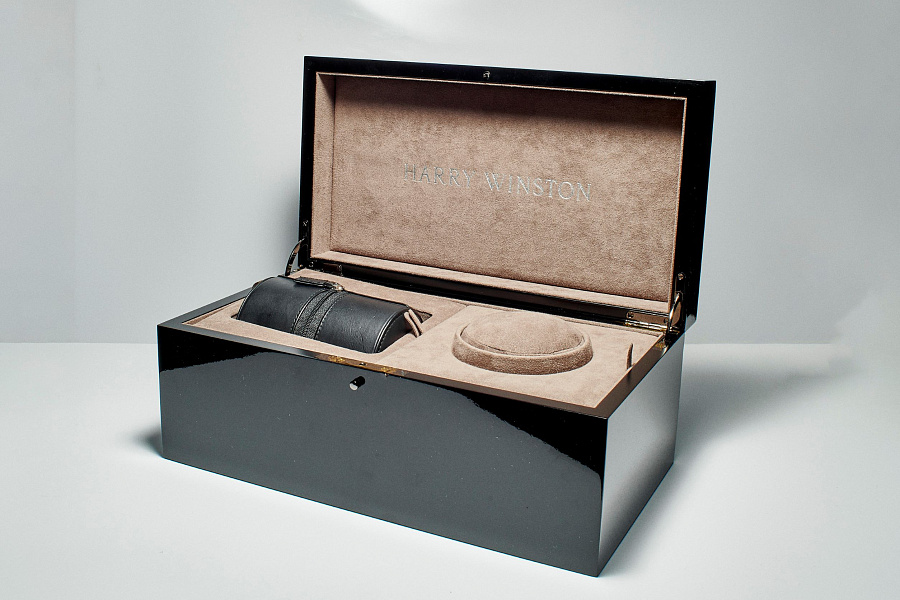 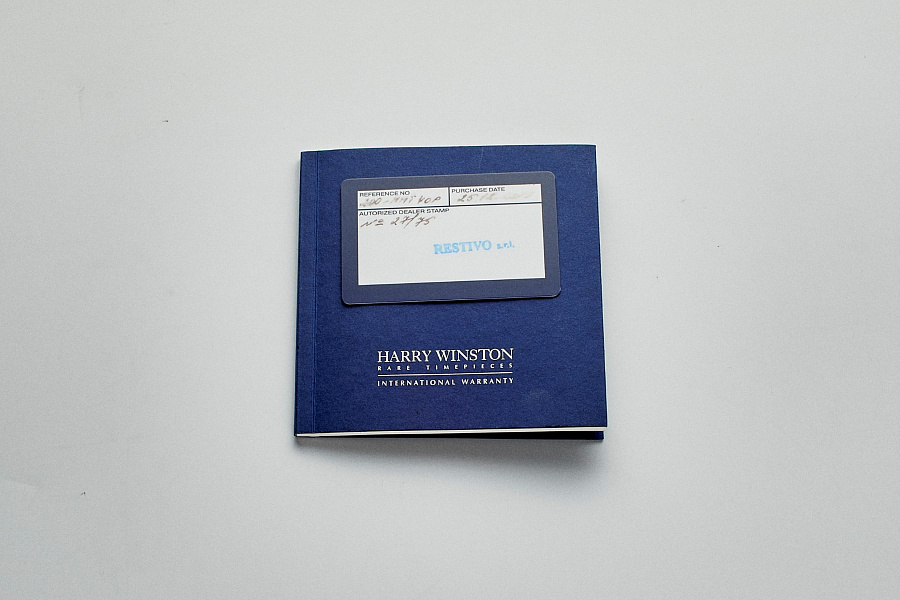 The history of this watch is closely related to Maximilian Büsser, founder of the MB&F brand, the man who managed Harry Winston’s ‘Rare Timepieces’ division. He ensured the watches of this brand came to be highly ranked in the industry. The well-known ‘Opus’ series, initiated in 2001, was his first highly successful project and one which radically changed attitudes towards the brand among industry specialists, collectors and connoisseurs. In keeping with his idea of collaborating with the most inventive master watchmakers of the time, Maximilian Büsser entrusted the creation of the Excenter Tourbillon watch to Peter Speake-Marin, a very talented English watchmaker working in Switzerland, and a member of the respectable AHCI – Académie Horlogère des Créateurs Indépendants.

The Excenter Tourbillon remains the only Harry Winston watch with a hand-wound tourbillon, created with the participation of Maximilian Büsser and Peter Speake-Marin.

Taken as a starting point in the development was the 13.75 caliber, the movement-blank of Swiss Time Technology (STT) movement manufacturer (formerly Progress Watch, founded in 1999 and absorbed into STT in 2003, and bought in 2006 by Pascal Raffy, owner of the Bovet brand, who changed the STT name to Dimier 1738). The STT movement-blank was positioned on the market as an affordable Swiss tourbillon movement. Nevertheless, during development, Peter Speake-Marin was able to modify it into a higher category, using the design and finishing methods inherent in high-end movements. In particular, the two gorgeous steel tourbillon bridges installed on both sides of the movement should be noted, in the decoration of which an extremely expensive black polishing technique was used, while the tourbillon axis on both sides was placed between two diamond endstones. The mainplate and the bridges were adorned with a very finely executed Côtes de Genève, with the mainplate exposed on the dial ruthenium-plated, while the bridges on the rear side of the watch were rhodium-plated. The caliber HW400A, in addition to an impressive 110-hour power reserve, received a double power reserve indicator on the reverse side – a very rare feature for a tourbillon movement – and a display of critically low power reserve on the dial. This is a miniature sapphire aperture of a branded emerald-cut shape installed on the 6 o’clock marker, whose colour changes from grey to blue when the last 25 hours of power reserve remain.

The Excenter Tourbillon was launched in two limited editions, each of 75 pieces, in 18k rose gold, and in platinum, as the present lot. There is also information about the release of a jewellery version in diamond-set 18k white gold (limited edition of 75 pieces). Subsequently, this development was used in several models, for which the movement was modified by the addition of an automatic winding, with its designation changing to the HW401A caliber. Therefore, the Excenter Tourbillon remains the only Harry Winston watch with a hand-wound tourbillon, created with the participation of Maximilian Büsser and Peter Speake-Marin. This undoubtedly makes this model a significant piece possessing great collectible value.

The Excenter Tourbillon Limited Edition Ref. 200-MMT40PL.T would appear to be an excellent purchase, a real must-have for the collector who desires an extremely fine, rare and important limited-edition tourbillon wristwatch from a world-famous brand, an important newcomer to the haute horlogerie watch market. The present reference is significant as an important artifact of the early period of the Harry Winston watch department, associated with two outstanding personalities who made a significant contribution to the development of modern high-end watchmaking and the legacy of independent watchmakers.