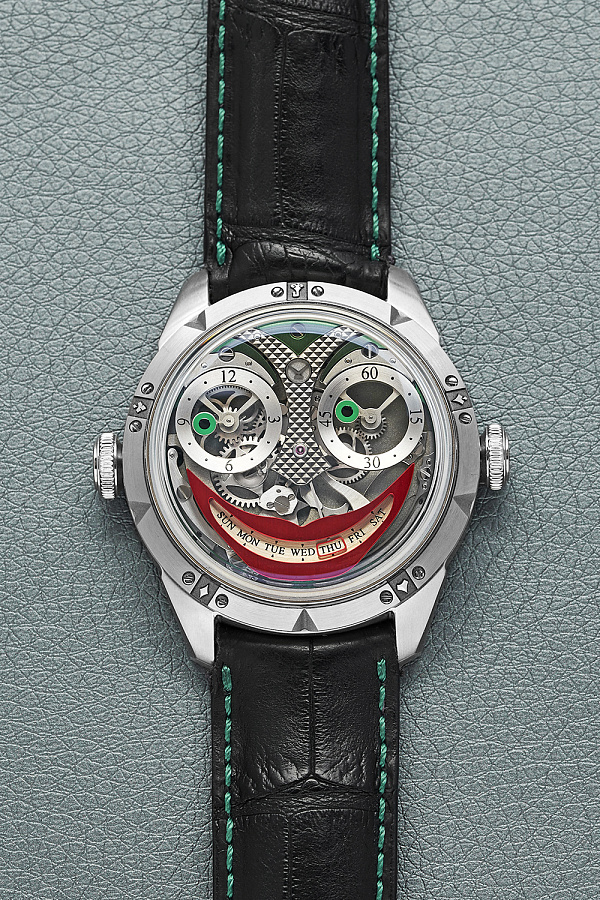 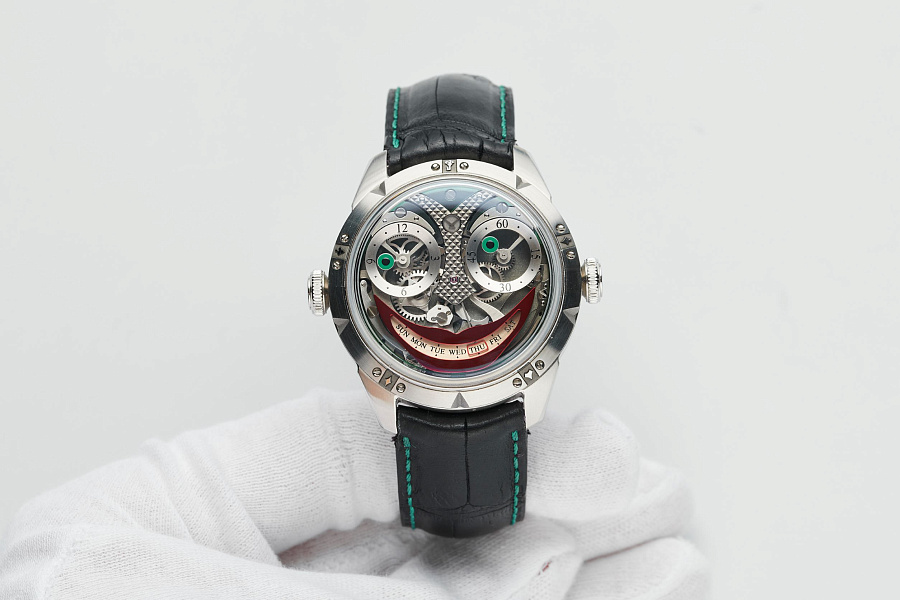 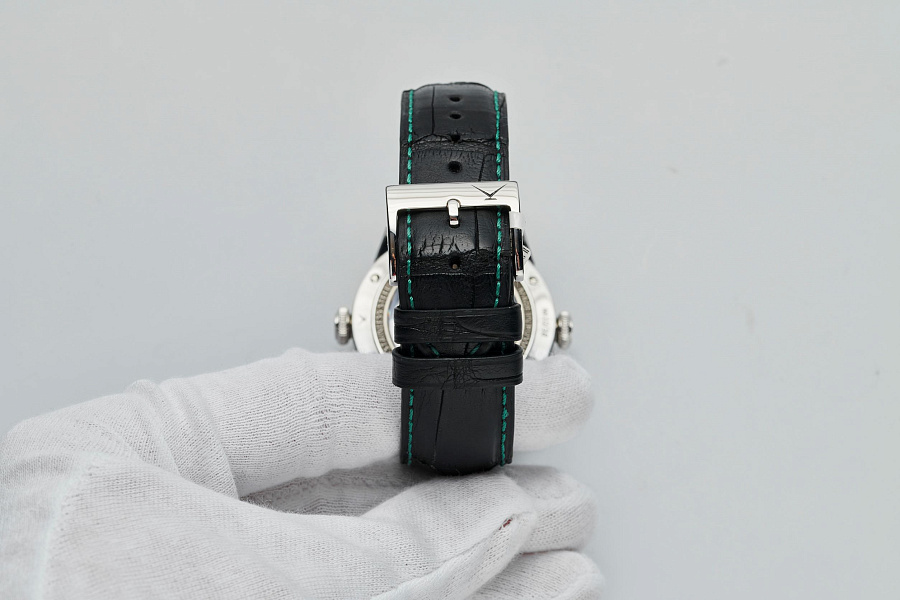 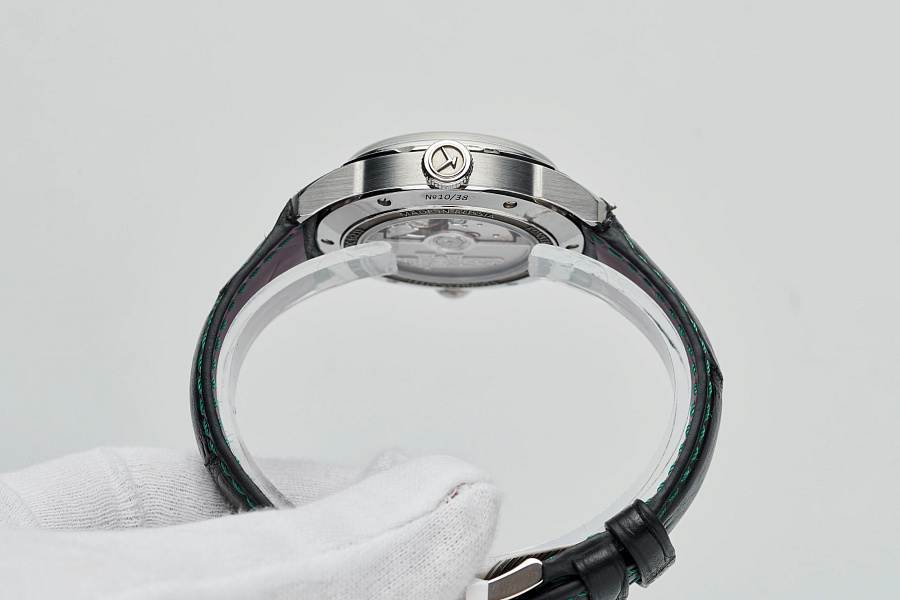 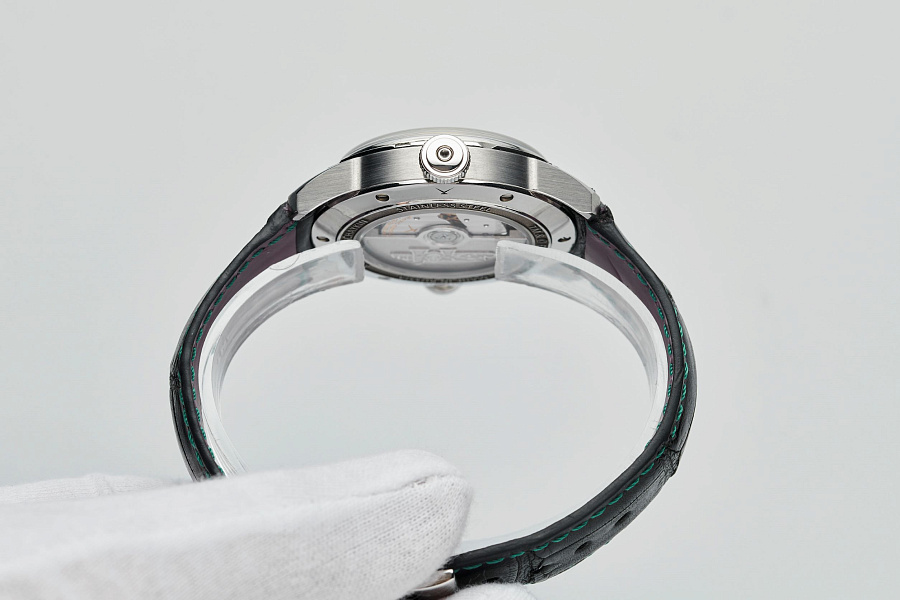 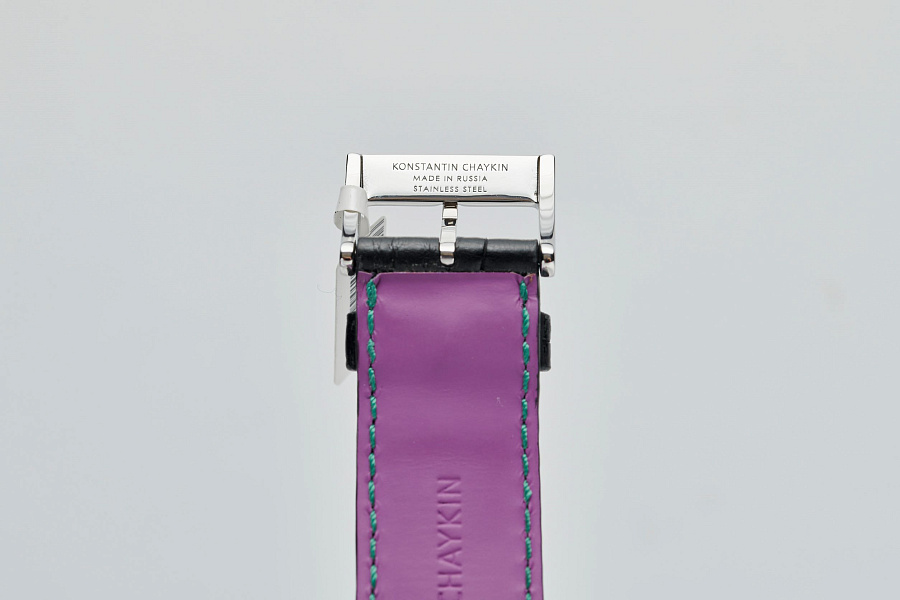 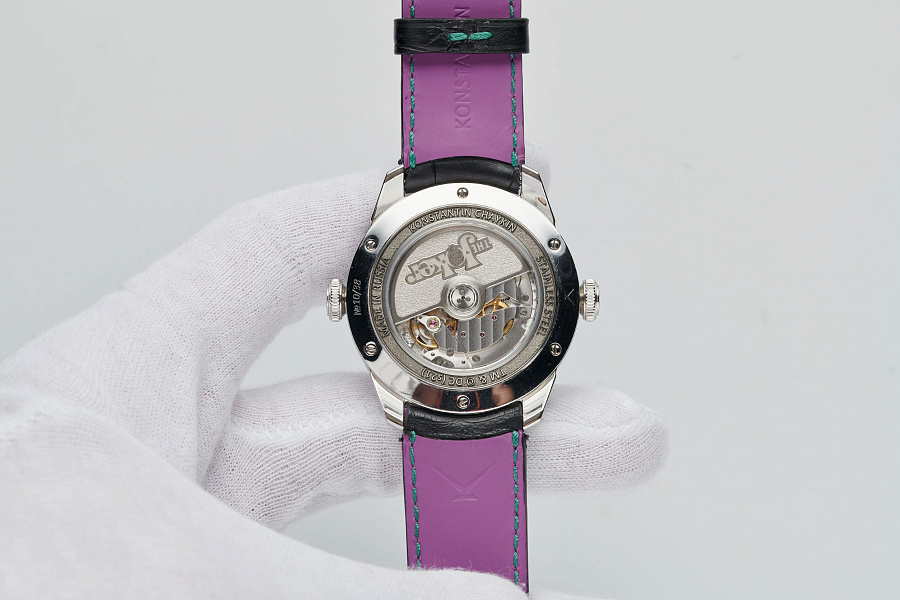 The Joker watch, which spawned the Wristmons collection, was created by Konstantin Chaykin in 2017. The original limited edition of 99 pieces immediately sold out during the Baselworld exhibition, where the watch was first presented to the public and caused a sensation. The self-winding movement K.07-0, developed for the Joker wristwatch on the base of the Swiss-made Eta 2824-2 movement, modified by Chaykin, was fitted with an in-house complicated indication module. The characteristic feature of the Joker watch and its caliber is its unique design, with an anthropomorphic Joker-indication featuring disc indicators for the hours, minutes and moon phase. The hour and minute subdials look like the character’s eyes, while the moonphase indicator resembles his smiling mouth – the lunar smile of the Joker watch.

For this project, Konstantin Chaykin removed the original Joker’s ‘smiling’ moonphase indicator, instead equipping the caliber with a day of the week indicator, also ‘smiling’.

In 2022, celebrating the fifth anniversary of the Joker watch and of the Wristmons collection, Konstantin Chaykin developed a new design, directly linking it to the charismatic movie and comic character Joker of the DC Comics universe. This release is copyrighted and includes DC Comic designs and branding. The Joker Five is powered by the K.09-0 caliber specially designed for this watch. For this project, Konstantin Chaykin removed the original Joker’s ‘smiling’ moonphase indicator, instead equipping the caliber with a day of the week indicator, also ‘smiling’. The base movement is a thin Swiss-made Vaucher VMF 3002, modified with a decorative rotor engraved in relief with the official DC Comics Joker emblem. The Joker Five is the first serial production Wristmon featuring an open-worked dial, allowing one to have a dial-side view of the in-house Joker-indication module, which remains hidden in almost all other models of the Wristmons collection. Before that, only the Martian Tourbillon Only Watch 2021 Piece Unique, created by the master in 2021, had an open-worked dial.

Made in stainless steel, this watch inherits the outstanding Joker design, one of the most noticeable and memorable watch designs in the world, this time with a ‘smiling’ retrograde day of the week indication.

The Konstantin Chaykin Joker Five Limited Edition would appear to be an extremely attractive purchase for the collector looking to obtain a highly unusual, sophisticated and charismatic mechanical watch from a renowned watchmaker, a member of the respected AHCI – Académie Horlogère des Créateurs Indépendants. The combination of the extraordinary Joker-indication design, striking appearance and haute horlogerie execution and finishing undoubtedly adds to the appeal of this lot, especially keeping in mind that this is an official reproduction of the Joker, the DC Comics character, in a limited-edition high-end wristwatch.