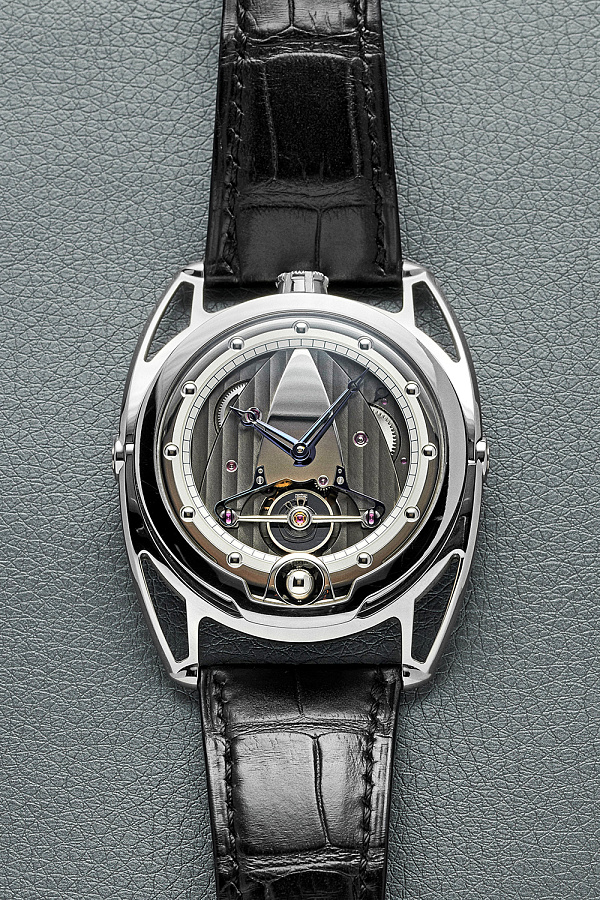 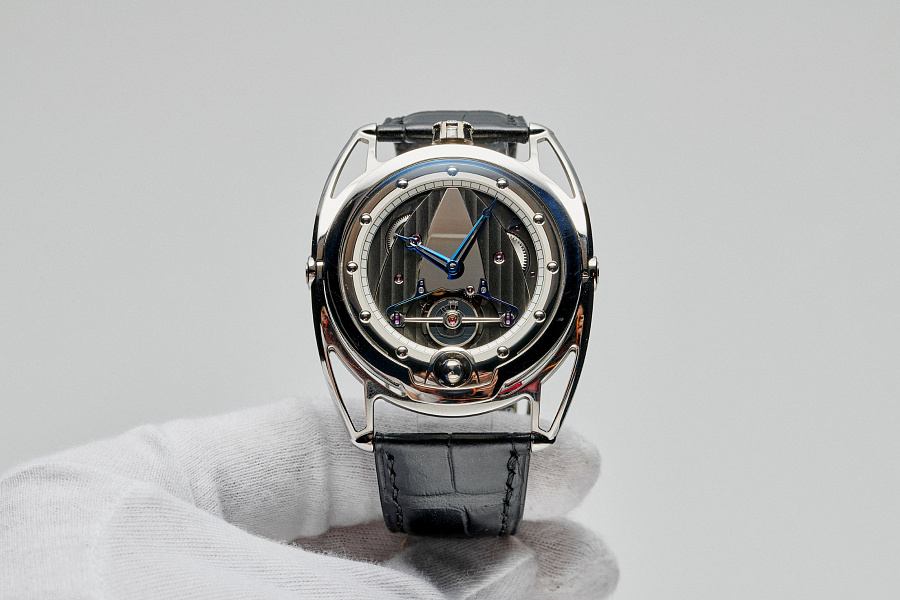 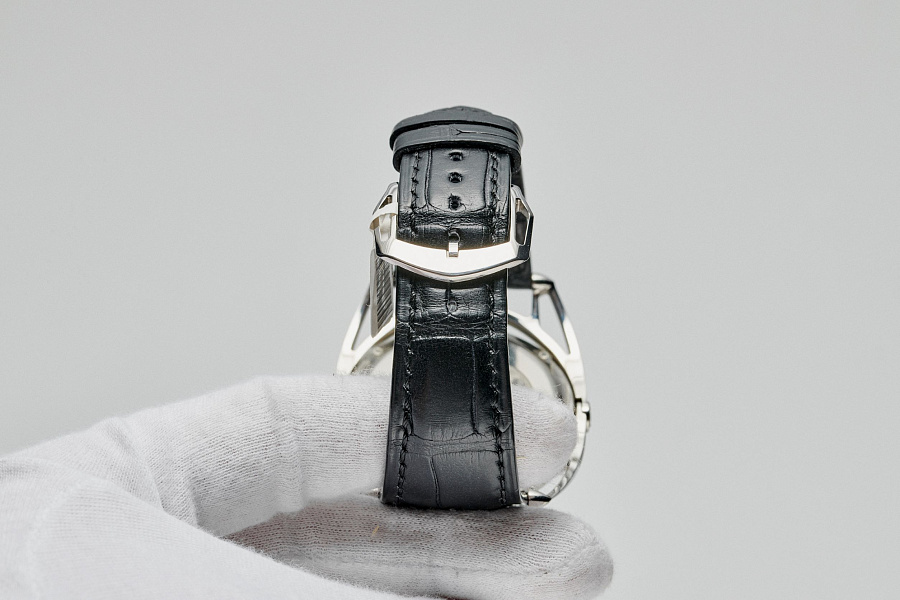 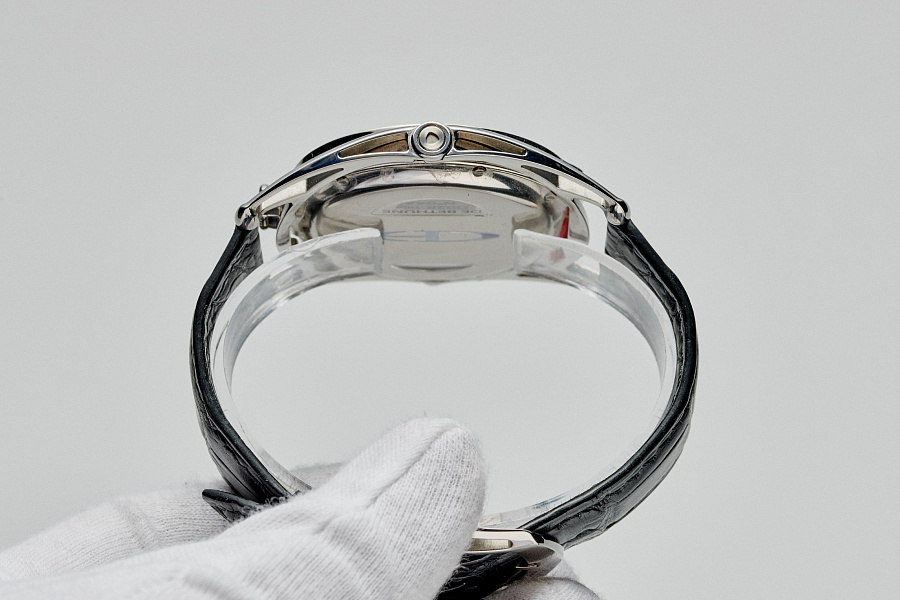 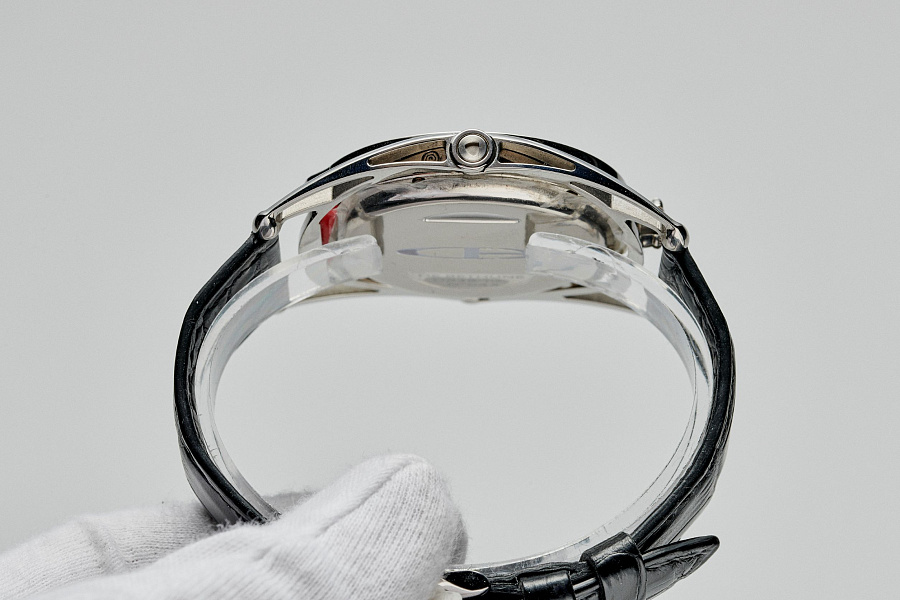 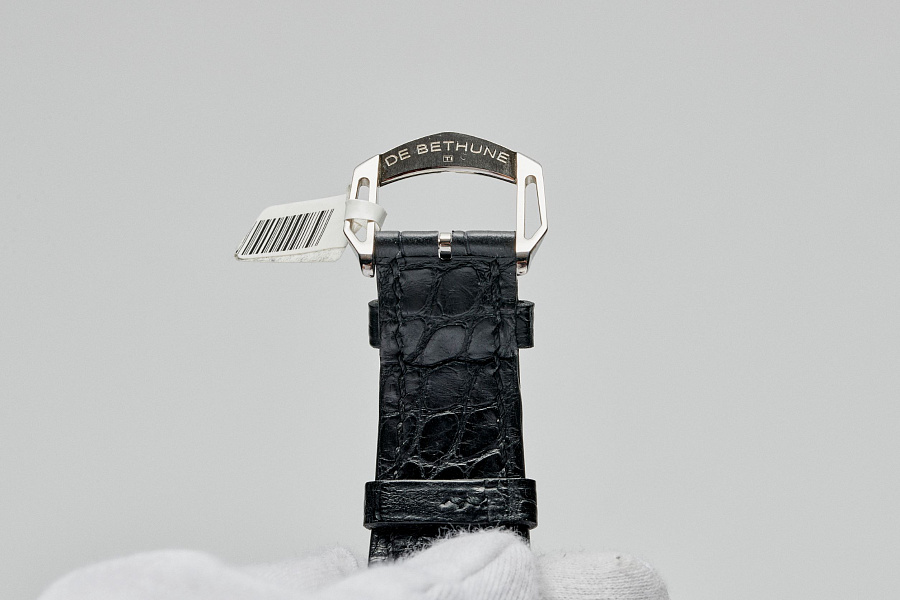 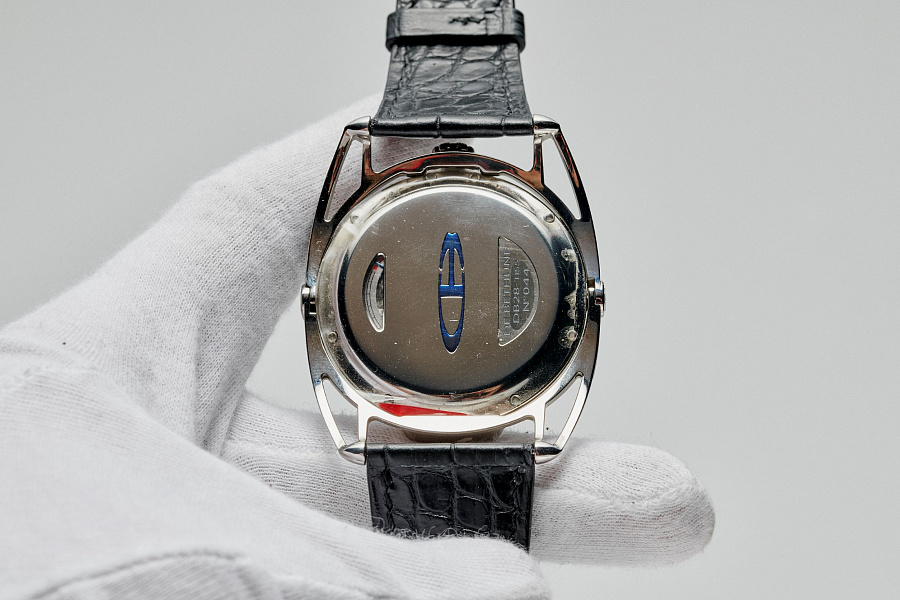 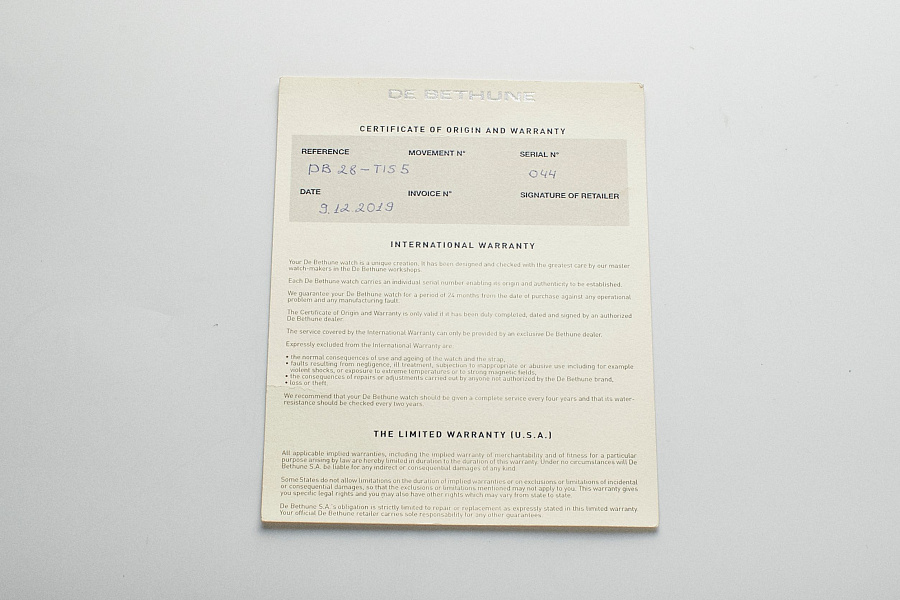 De Bethune is one of the most visible players among small watch brands, targeting mainly discerning clientele, watchmaking connoisseurs and collectors. In this market segment, the brand enjoys an exceptional position and active loyalty from its followers.

The DB28, introduced in 2010, was a watch that definitely opened a new era in the development of the brand’s collection. Several innovations have contributed to both raising the brand’s image as a pioneer, and to the practicality and convenience of the watch. In particular, the ‘floating’ spring-loaded lugs of the strap allow the watch to adjust to the wrist when you put it on, giving a very special feeling. Despite having two barrels for a 6-day winding, the hand-wound DB2115 caliber is remarkably thin at only 4.5mm. The movement with reversed hand-setting, which was later perceived as one of the brand’s trademarks, allowed the highlighting of other inventions from Denis Flageollet, horological mastermind behind the brand. These include a silicium balance with a palladium rim, a hairspring with a flat terminal curve installed on top of the balance, and a unique triple shock resistance system with polished blued steel flat fixing springs and a carefully finished horizontal bridge.

This example is of the early period, the production of which was discontinued and replaced by new versions that differ in the design of the caliber and case. In particular, in this example, attention should be paid to the early circular balance of silicium and palladium, and ‘floating’ lugs in polished titanium without a blued finish.

Designed for the DB15 and DB16 models (launched in 2004), the movement’s signature architecture, featuring a central shield-shaped barrel bridge which reminds one of the Star Trek logo, is revealed through the open-worked dial of the DB28 watch. The Star Trek design endows the movement with impressive charisma.

The high technical characteristics of the caliber are accompanied by attractive aesthetics with fine artisan finishing of all components. High-end finishes are also characteristic of the case and dial parts, enhancing the perceived value of the watch.

The use of blued steel parts in the open-worked dial and caliber gives the watch a special character. The colour of blued metal, steel or titanium has become one of the elements of the brand’s design code. In particular, the hands are made of blued steel, and their shape is one of the typical De Bethune designs, a kind of avant-garde reinterpretation of the so-called ‘Breguet hands’ – ‘pomme de Breguet’, introduced in 2005 in the DBS collection.

The present reference is one of the earliest DB28 references, and regarded as a great classic of the brand. It belongs to one of the brand’s most popular collections, and yet it is certainly a rare collector’s watch given that De Bethune production is of extremely small scale. This example is of the early period, the production of which was discontinued and replaced by new versions that differ in the design of the caliber and case. In particular, in this example, attention should be paid to the early circular balance of silicium and palladium, and ‘floating’ lugs in polished titanium without a blued finish. Therefore, the De Bethune DB28 Ref. DB28-TIS5 would be an extremely attractive purchase for the collector and De Bethune watchmaking expertise aficionado, with an opportunity to obtain a beautiful, rare and sophisticated mechanical wristwatch from this famous independent watch brand, one of the undoubted leaders in the haute horlogerie watch market. The combination of exquisite artisanal finishing of the caliber, the special design of the case with floating lugs and a charismatic dial with opened movement featuring the ‘Star Trek’ bridge design, undoubtedly adds to the appeal of this lot.