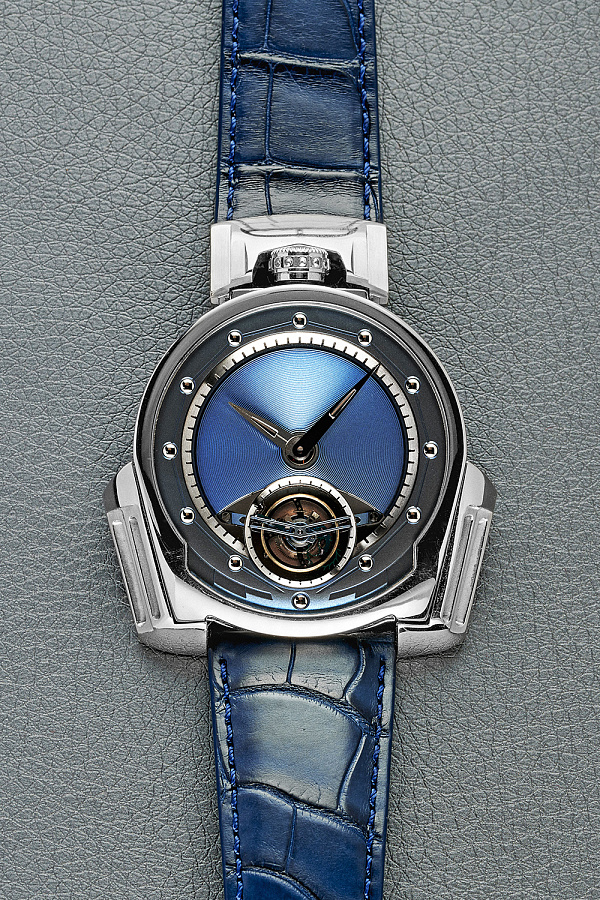 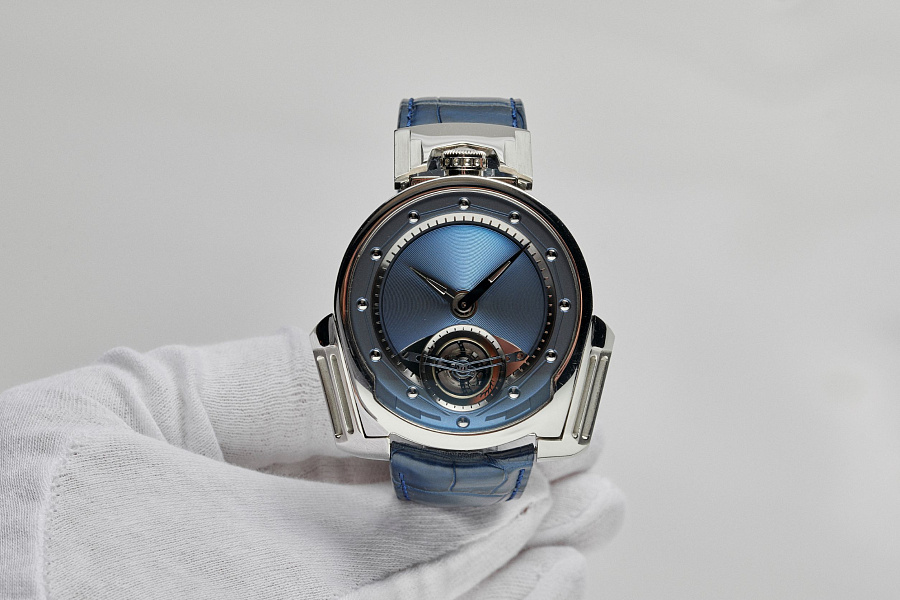 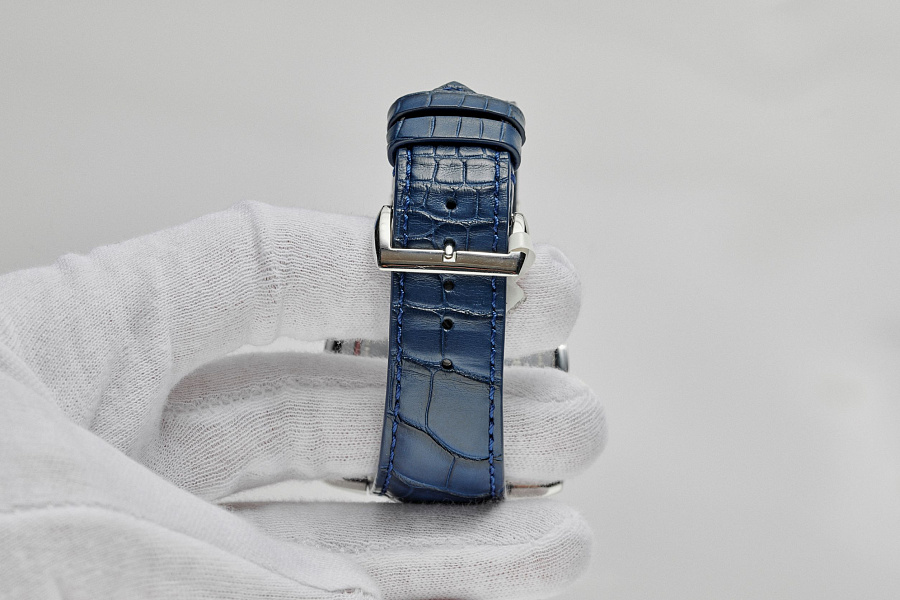 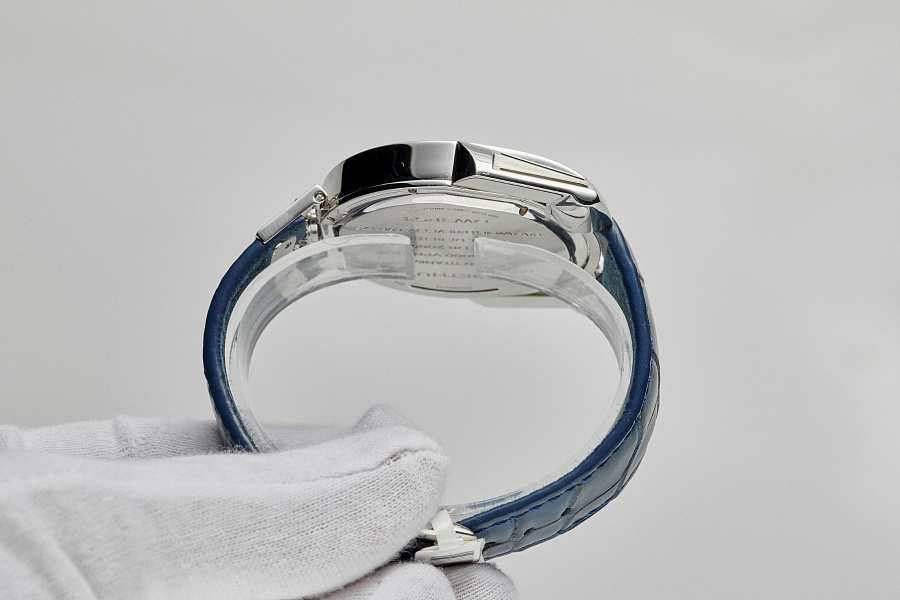 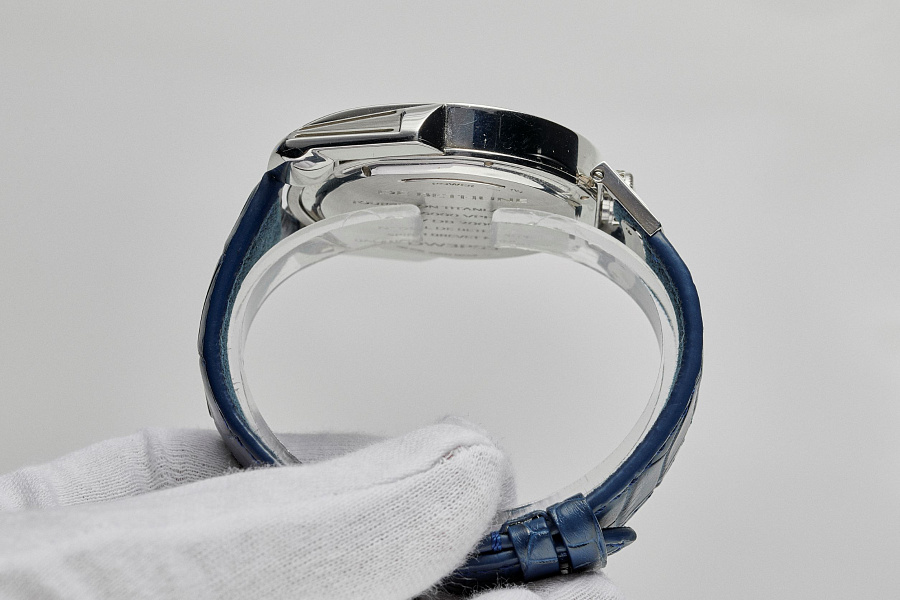 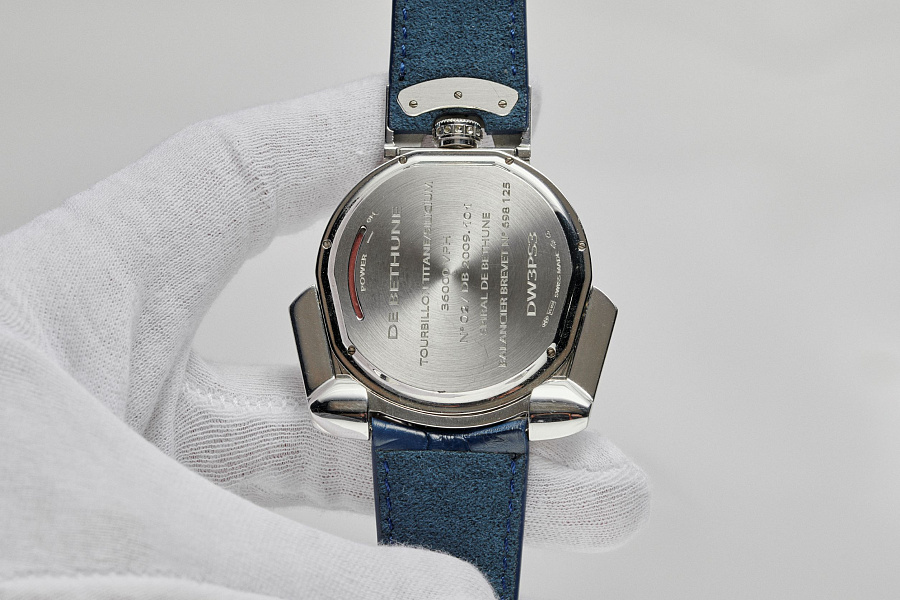 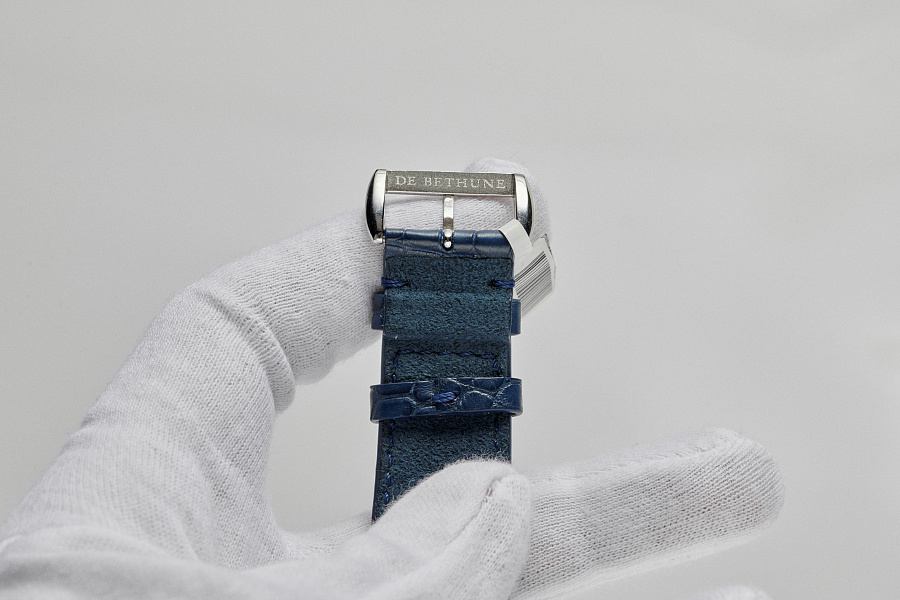 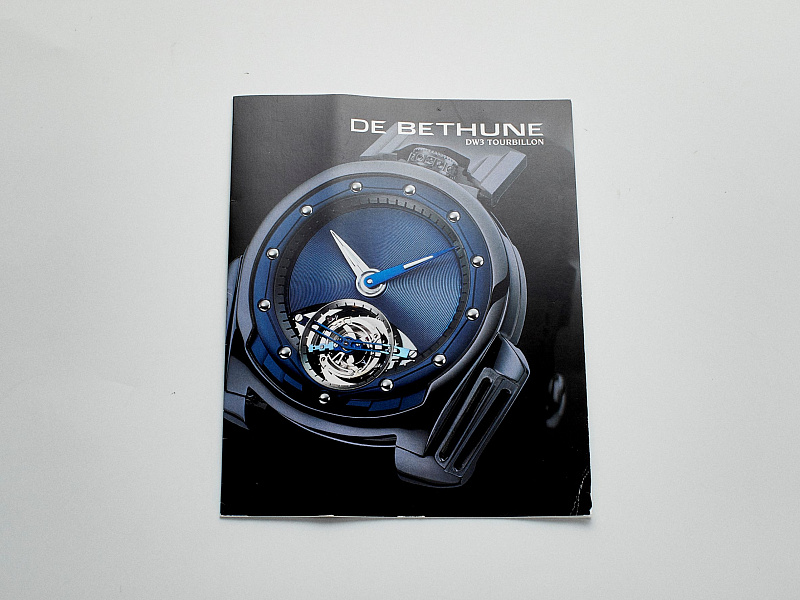 The Dream Watch collection was conceived to implement the most daring ideas, both design and technical. The collection was launched in 2008 with the Dream Watch One, featuring an unusual case, inspired by the DBS collection, with a crown at 12 o’clock, extraordinary angular floating lugs that allow the watch to be comfortably felt on the wrist by the wearer, and two push buttons for rate adjusting the case back cover. The Dream Watch One was commercialised in 2009, accompanied by the introduction of the De Bethune Dream Watch Three, which is an evolution of the Dream Watch One design with several innovations. It is worth noting that the brand originally announced it as the Dream Watch One Tourbillon. Among the innovations of the Dream Watch Three, it should first be noted that the avant-garde ultra-light tourbillon weighs only 0.18g. It is made of titanium and silicon, with a silicon hairspring and escape wheel, while the balance is made of titanium with a white gold rim. The brand considers it the world’s lightest tourbillon regulator. In addition, it is also one of the fastest tourbillons, operating at 36,000 vph, and the first model in the De Bethune collection to feature a tourbillon open on the dial side.

Among the innovations of the Dream Watch Three, it should first be noted that the avant-garde ultra-light tourbillon weighs only 0.18g.

Throughout the history of the De Bethune brand, despite not being a long one, there have been many beautiful watches that are considered excellent collectibles. The Dream Watch Three falls into this category as it has long been discontinued, and the same applies to the unusual, spectacular design of the case with the pair of floating lugs on the lower side. This gives the watch an extraordinary look and only the Dream Watch One and Dream Watch Three models used this particular design. The combination of a polished platinum case and an imposing dark blue dial, which is made of blued titanium (De Bethune’s in-house technique) and has its surface decorated with fine concentric grooves – a finish De Bethune calls ‘microlight’ – provides a very clear visual effect, similar to the traditional solarisation technique. All this gives the Dream Watch Three a distinct character.

The De Bethune Dream Watch Three Tourbillon Ref. DW3PS3 would be an extremely attractive purchase for the collector and De Bethune watchmaking expertise aficionado, with an opportunity to obtain an extremely rare, unusual and collectible tourbillon wristwatch from this famous independent watch brand, one of the undoubted leaders in the haute horlogerie watch market.

The present watch is especially attractive as one of the earliest examples of the Dream Watch Three series. Its platinum case is marked No. 02, and accordingly, is one of the first tourbillon wristwatches of the De Bethune brand.

The combination of an important and unusual complicated caliber with a tourbillon visible from the dial side, featuring one of the most technically advanced tourbillons on the market, exquisite artisanal finishing of the charismatic dial, and the exotic design of the case with floating lugs undoubtedly adds to the appeal of this lot.