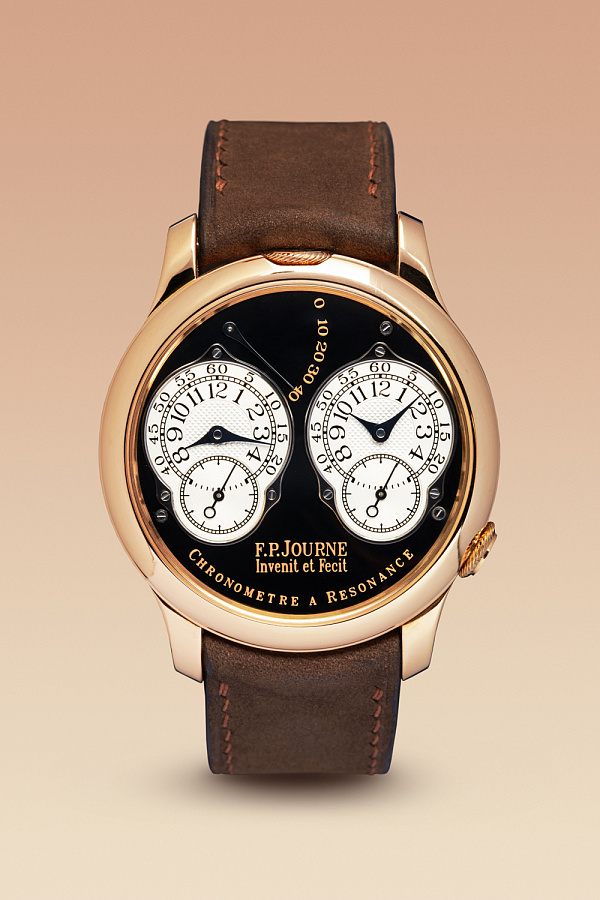 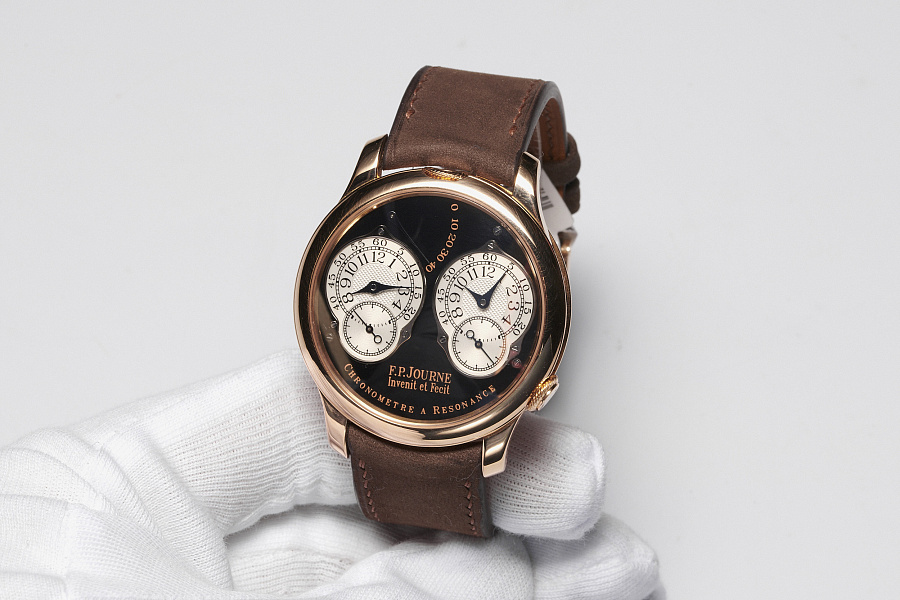 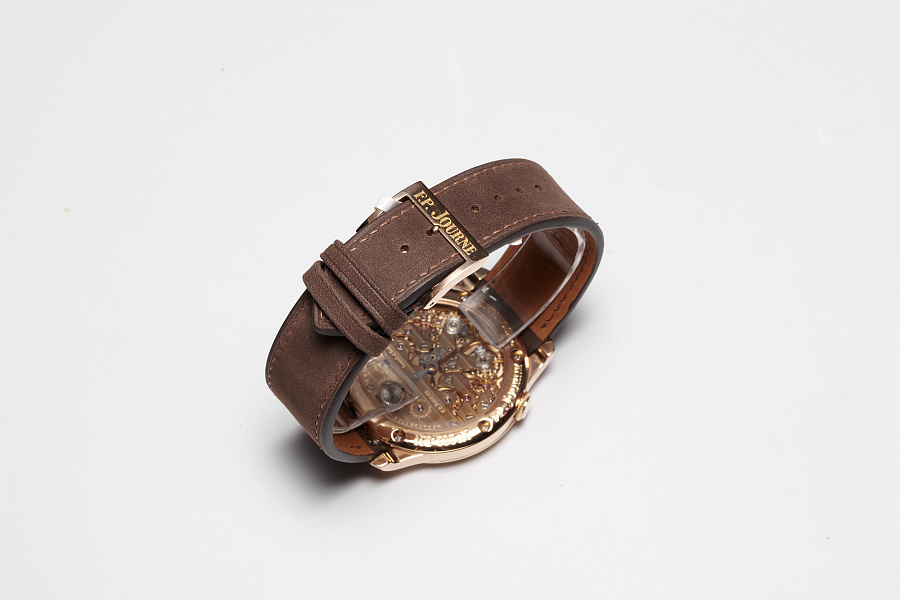 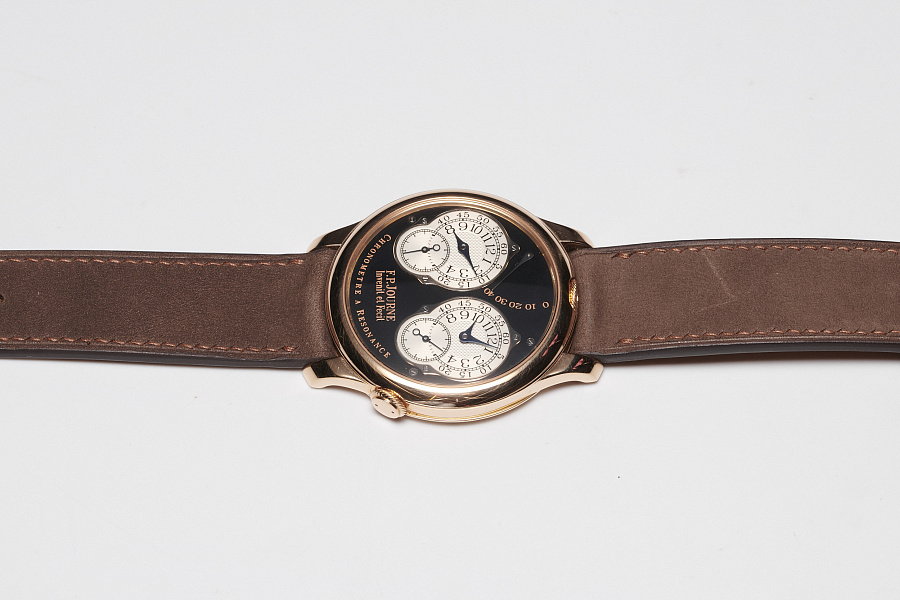 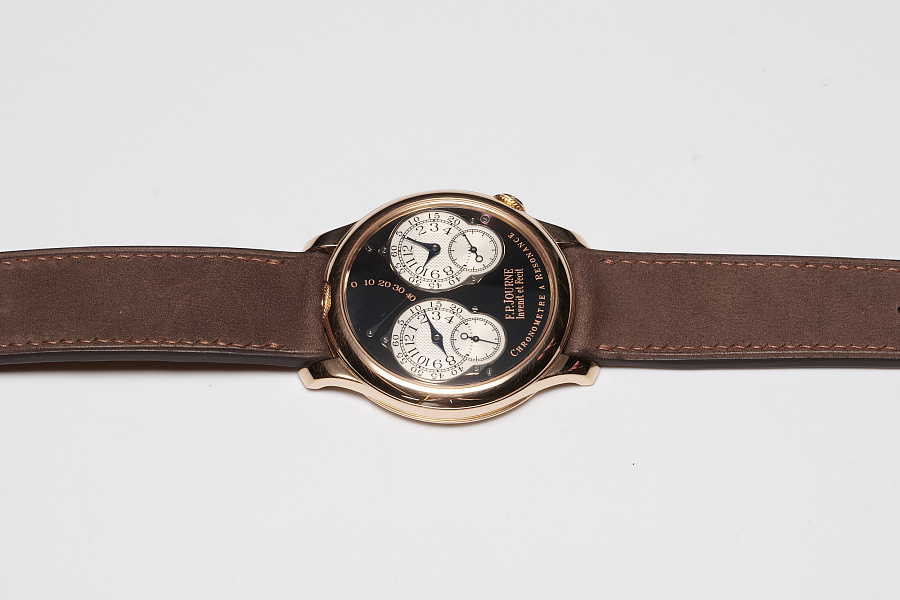 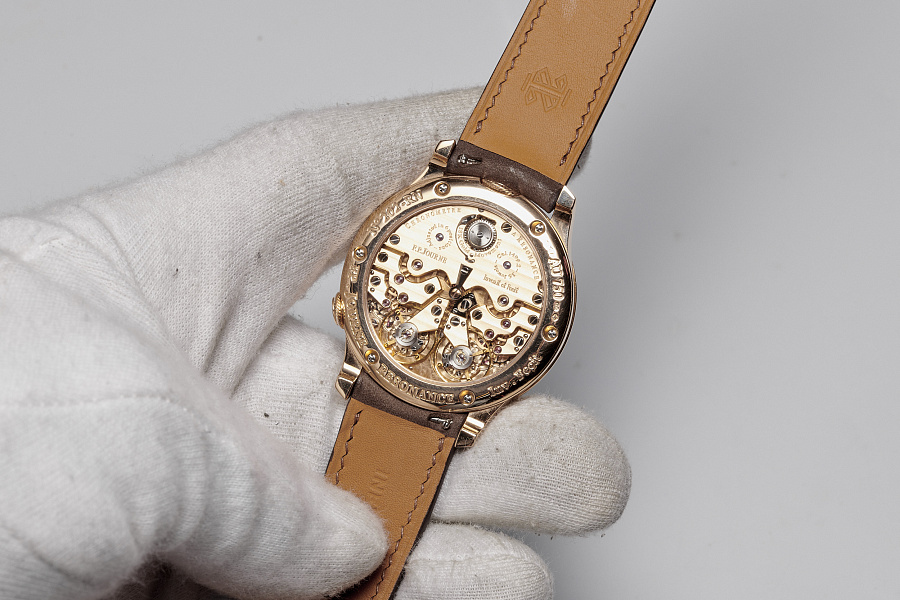 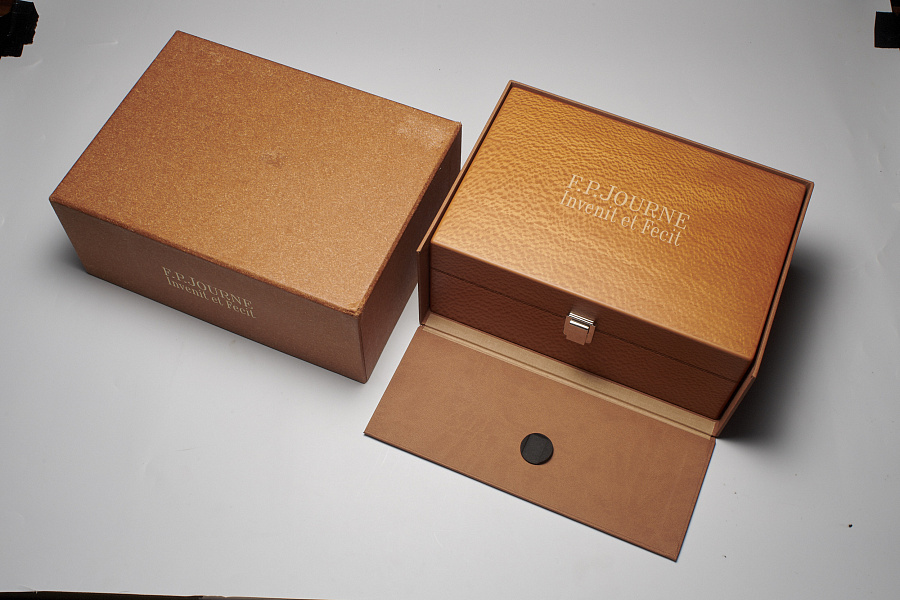 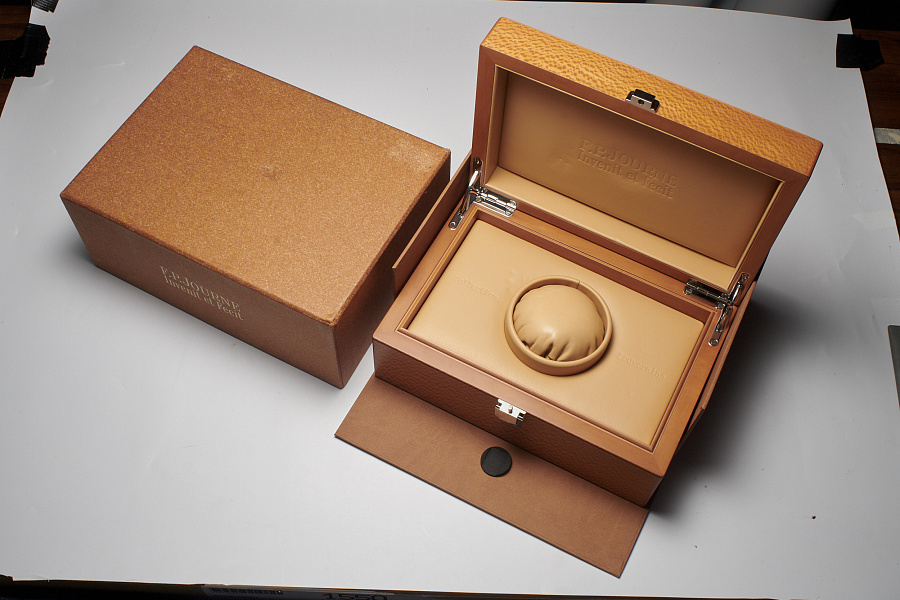 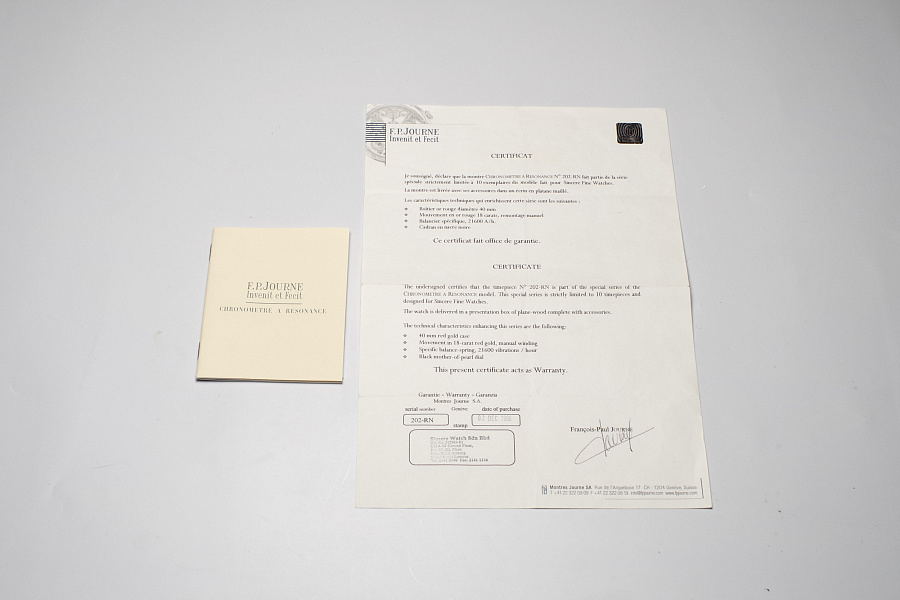 François-Paul Journe is one of the few watchmakers to have developed a wristwatch with a twin movement and resonance effect. Resonance is a physical phenomenon of interaction between two independent systems, which are characterized by oscillations with close frequencies. With a strong resonance, both systems begin to operate at the same frequency, that is, in relation to timepiece mechanisms, the two mechanisms begin to move synchronously. Mechanical resonance in clocks was discovered in the 17th century by the famous Dutch scientist Christian Huygens, before the French watchmaker Antide Janvier was able to apply this effect for the first time in a pendulum clock in 1780, with Abraham-Louis Breguet implementing it in a pocket watch in 1814. François-Paul Journe began experimenting with resonance in his early pocket watch in 1983, however, success in applying this physical phenomenon came later, when he undertook the development of the Chronomètre à Résonance wristwatch in the late 1990s. His resonance caliber uses the aerodynamic interaction of the balances of the twin mechanism. Currently, this is the only brand to offer serial production of wristwatches with an aerodynamic resonance system.

Production of the Chronomètre à Résonance watch began in 2000. The watch featured the caliber 1499 (1st generation) with a rhodium-plated brass mainplate and bridges, the first wristwatch caliber utilizing the aerodynamic resonance phenomenon. In 2004, F. P. Journe started production of the 2nd generation caliber 1499.2, with the mainplate and bridges in solid 18k pink gold, as in the present lot. Later, in 2010, the caliber 1499.2 was replaced by the 1499.3 version in solid gold and with a newly-introduced 24-hour zone time digital indication system. Caliber 1499.3 was discontinued in 2020.

F. P. Journe has produced numerous Chronomètre à Résonance designs over the years, meaning collecting these watches is often associated with surprising discoveries and unexpected finds. The most common examples feature matte gold dials. For its boutiques, the brand produces watches with black dials – nicknamed the ‘Black Label Collection’, which are always of high interest. However, the Chronomètre à Résonance Sincere Limited Edition, produced in a very small series of 10 pieces and equipped with black mother-of-pearl dials, is one of the rarest Chronomètre à Résonance models of the entire production period of this watch. The present lot is an incredibly rare chance to find one of the Sincere Limited Edition items at auction.

We should also point out another unusual feature of this watch – the method of marking the power reserve indicator, made in the tradition of chronometers of the 19th century. The pointer hand indicates the time elapsed after the complete winding of the mechanism, meaning, when fully wound, it points to zero.

The Chronomètre à Résonance Sincere Limited Edition Ref. RN is an extremely rare and attractive purchase for the collector and F. P. Journe watchmaking expertise aficionado, with an opportunity to obtain an unusual, beautiful and complicated mechanical watch from this famous watch brand, one of the undoubted leaders in the haute horlogerie watch market. The present lot features a beautiful hand-wound caliber, developed to a high standard, hand-finished on all parts, including chamfering and polishing, with a 18k rose gold mainplate and bridges finely decorated with Côtes de Genève and Perlage. The branded dial layout with blued steel hands and Arabic numerals, personally designed by François-Paul Journe, is a reflection of the functionality of the complicated mechanical movement, highly appreciated by true connoisseurs of luxury mechanical watchmaking. The signature dial of the Chronomètre à Résonance with a double silver subdial and black mother-of-pearl, extremely rarely found in F. P. Journe watches, makes the present lot notable, instantly recognizable and desirable.

The keen collector should note that also offered for purchase in this sale is another F. P. Journe Sincere Limited Edition watch – Octa Calendrier No. 239-Q in 18k rose gold and with black mother-of-pearl dial, the perfect companion to the present lot.