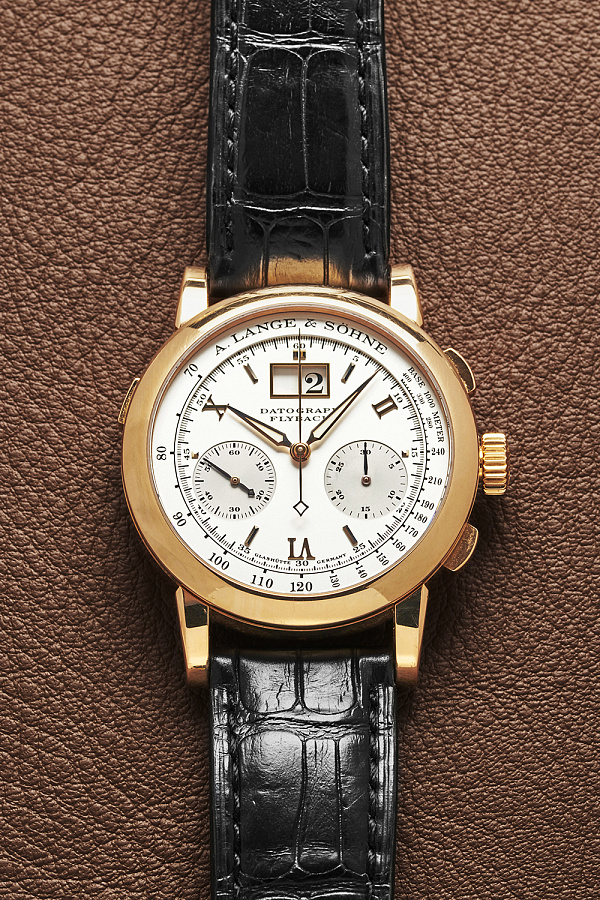 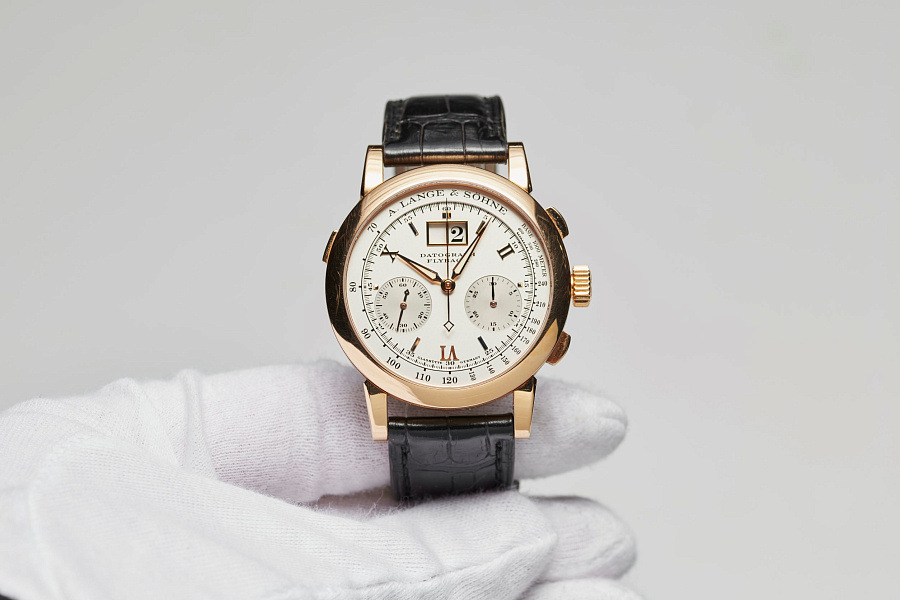 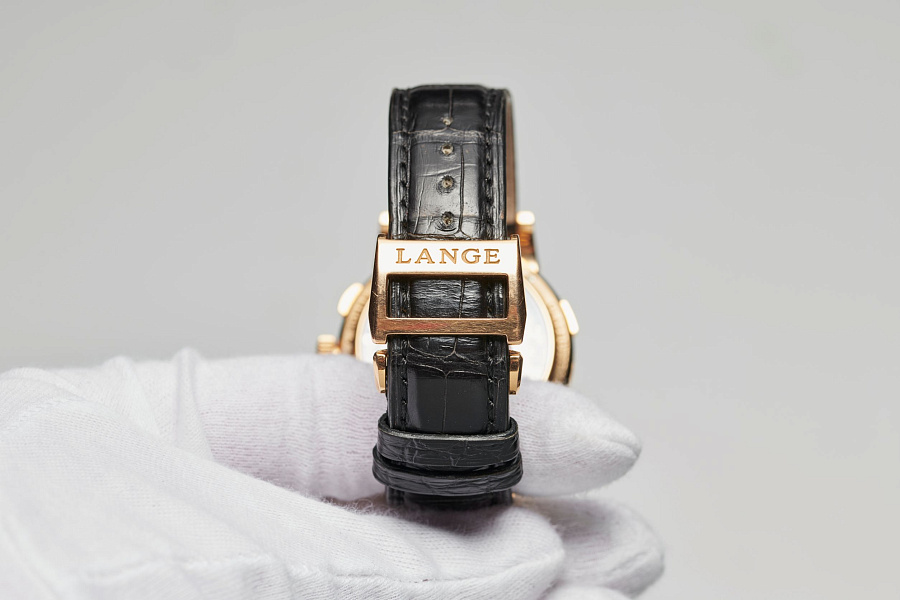 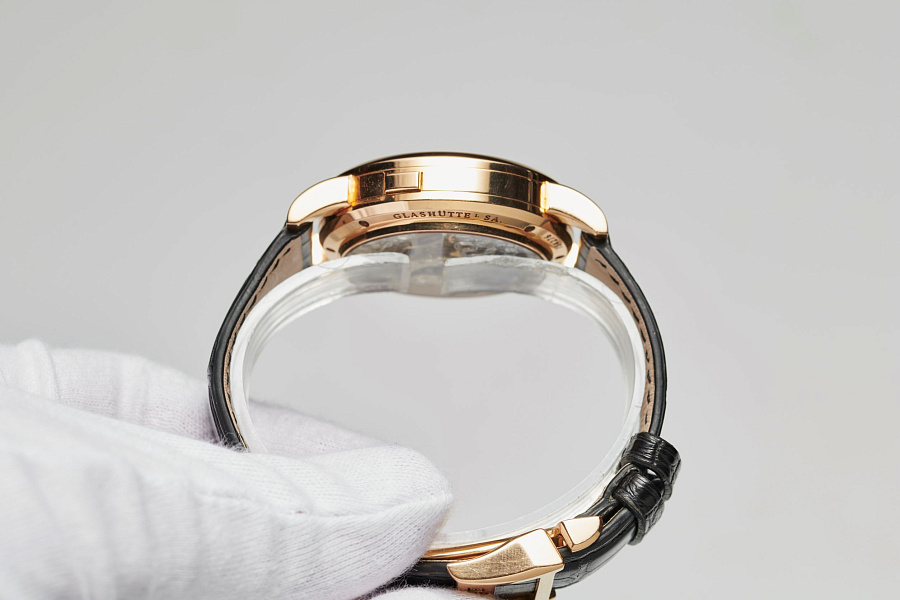 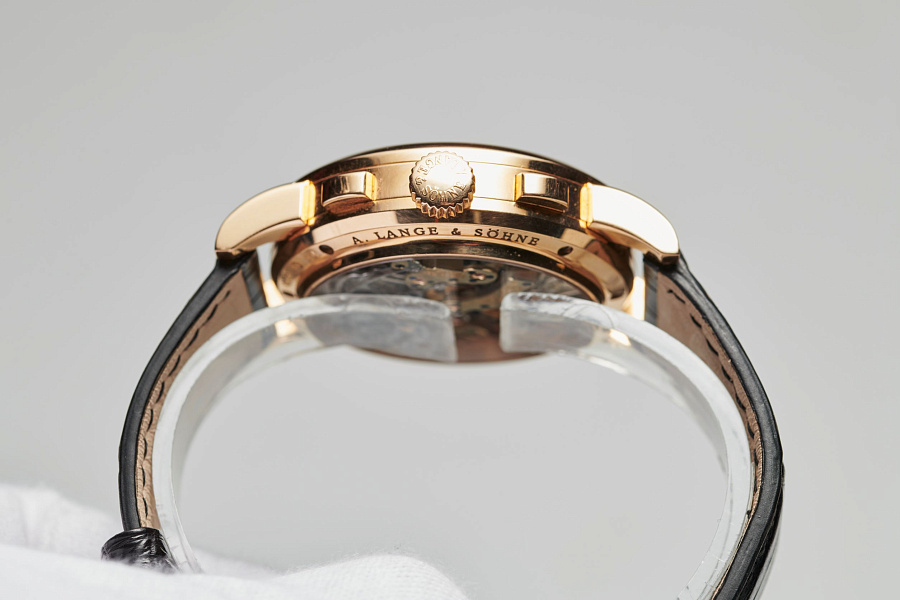 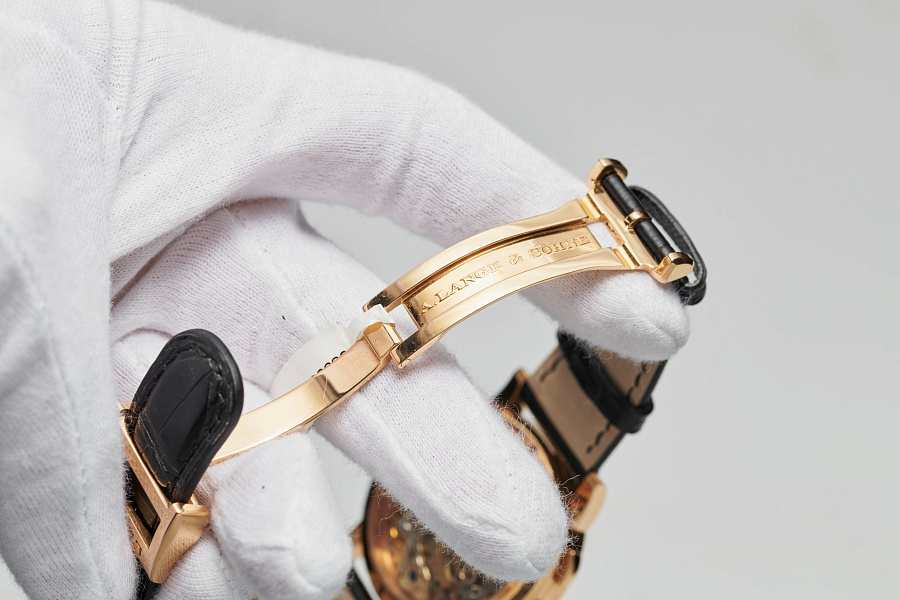 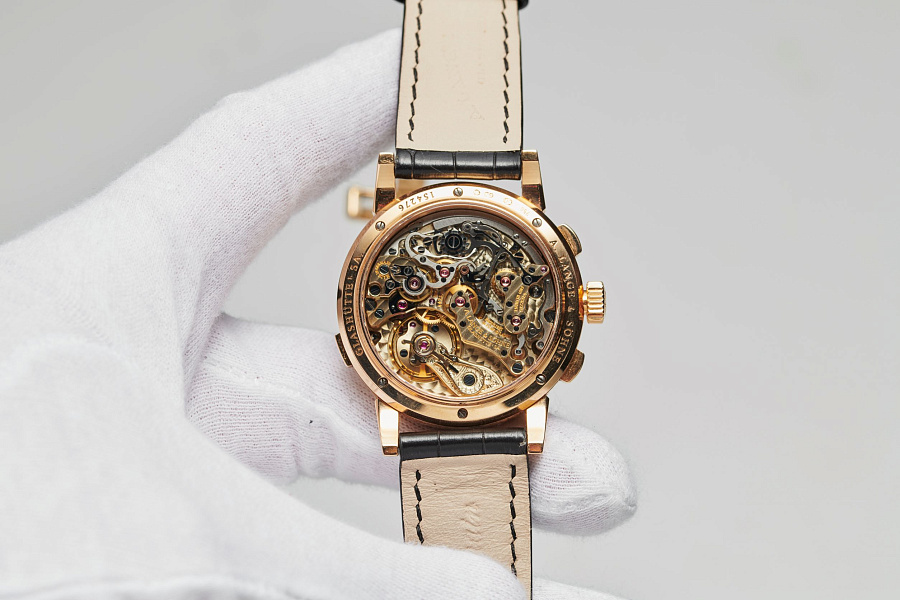 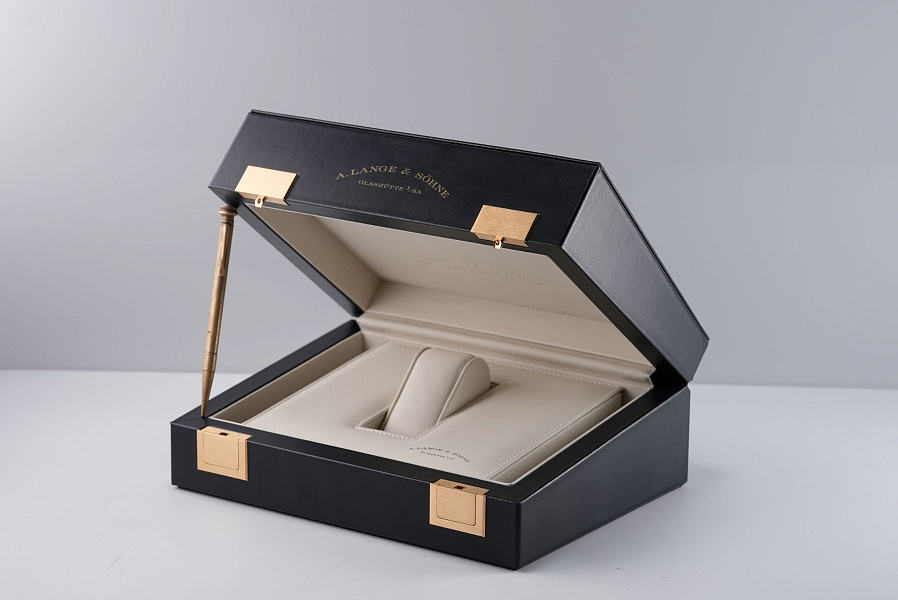 The Datograph Ref. 403.032 was introduced in 2004, it was the first expansion of Datograph wrist chronographs collection, made as a variation of original 403.035 reference in platinum with a black dial. The present reference is considered as the second by prevalence after the original 403.035, and accounts for approximately 20% of the total number of first-generation Datographs, as estimated by Acollectedman.com. Langepedia.com mentions that exact production numbers are still unknown, and estimates the total production of all Datograph references being fewer than four thousand pieces, so, in general, the release of this reference does not exceed 800 pieces.

The ‘Meter Dial’ is an early version of the Datograph, distinguished by the inscription “Meter” in “Base 1000 Meter” on the tachymeter scale at the periphery of the dial, while a later version produced from around 2006 and starting with a case number around 155000 had this inscription in a modified form: “Base 1000 Meters”. Accordingly, later versions should be referred to as the ‘Meters Dial’. If such a dial appears on a watch produced prior to 2005 and the case number is less than 155000, it’s fairly likely that the dial has been replaced during service.

The caliber L951.1 of the present reference is regarded as one of the most beautiful chronograph movements of the modern era, with an outstanding quality in the finishing of the parts and once praised by the independent watchmaker Philippe Dufour, the acknowledged guru of traditional fine finishing.

Ref. 403.032 production continued until 2012, when the brand introduced an upgraded Datograph Up/Down. Since the present reference was introduced around 2004 and the transition to ‘Meters Dial’ occurred in 2005–2006, it is clear that most of the issue belongs to the second period, so that there are far fewer watches with a ‘Meter Dial’ than watches with a ‘Meters Dial’.

Especially for the Datograph watch, Lange developed the L951.1 hand-wound caliber with a unique (and probably yet to be reproduced by any other brand) combination of functions with a large date display, a jumping minute counter and a flyback function in a high-end caliber of traditional design with side clutch and control from the column wheel.

The caliber L951.1 of the present reference is regarded as one of the most beautiful chronograph movements of the modern era, with an outstanding quality in the finishing of the parts and once praised by the independent watchmaker Philippe Dufour, the acknowledged guru of traditional fine finishing. Particularly noteworthy are the design and high-end finishing of the chronograph mechanism of the present reference, featuring bridges in untreated German silver, multiple levers and flat steel springs that control the chronograph functions via the traditional column wheel. One should note the four jewels in screwed gold chatons, a typical high-end feature for Lange wrist- and pocket watches.

The design advantages of caliber L951.1 undoubtedly include a large balance with adjustment eccentrics, a hairspring with Breguet overcoil, beautifully curved levers and flat springs (especially the chronograph intermediate wheel lever), and the presence of steel parts with black polishing – these include the caps on the escape wheel and fourth wheel shafts, a column wheel and various other parts. In addition, the gold chatons received mirror polishing. Overall, the meticulous finishing with straight grinding, Glashütte stripes, perlage, blued screws, polished bevels, a swan neck micrometer regulator, and engraved and gilded inscriptions, in addition to those already noted above, makes the movement incredibly eye-catching, while the traditionally hand-engraved balance cock makes this watch feel like one of a kind.

The ‘Meter Dial’ is an early and very rare version of the Datograph Ref. 403.032, considered to be one of the most charismatic and desirable wristwatches of A. Lange & Söhne. Therefore, the present lot would be an excellent purchase for the collector who desires a very rare, extremely attractive and charismatic rose gold chronograph wristwatch from a world-famous traditional watch brand, the undisputed market leader in German high watchmaking. The unique combination of the classic chronograph complication with flyback function, jumping minute counter and big date strengthened the reputation of A. Lange & Söhne as a leading master of modern chronograph wristwatches. The fine finishing of the movement’s parts and its exquisite and clearly very complex design will impress the heart of any connoisseur, and A. Lange & Söhne’s reputation in these aspects should be recognised as impeccable.