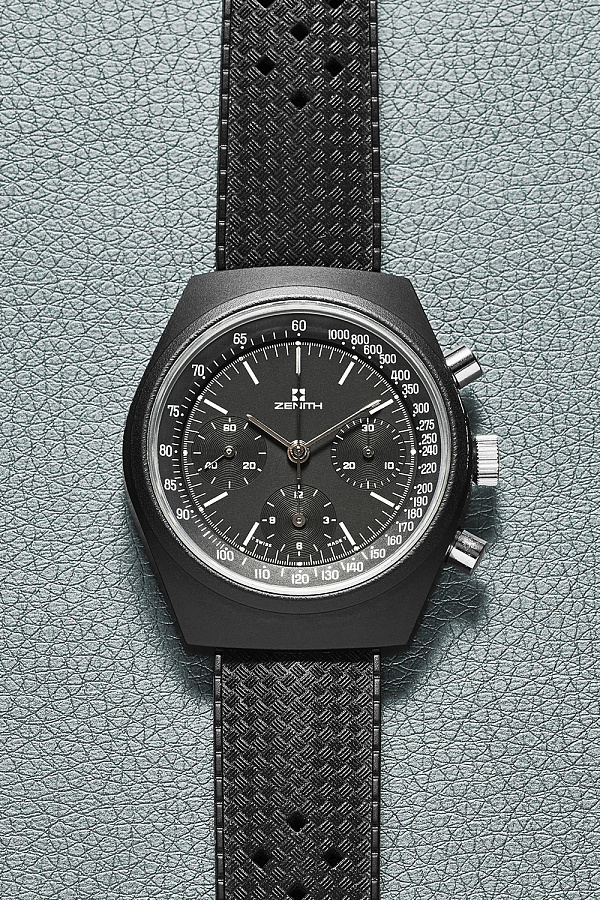 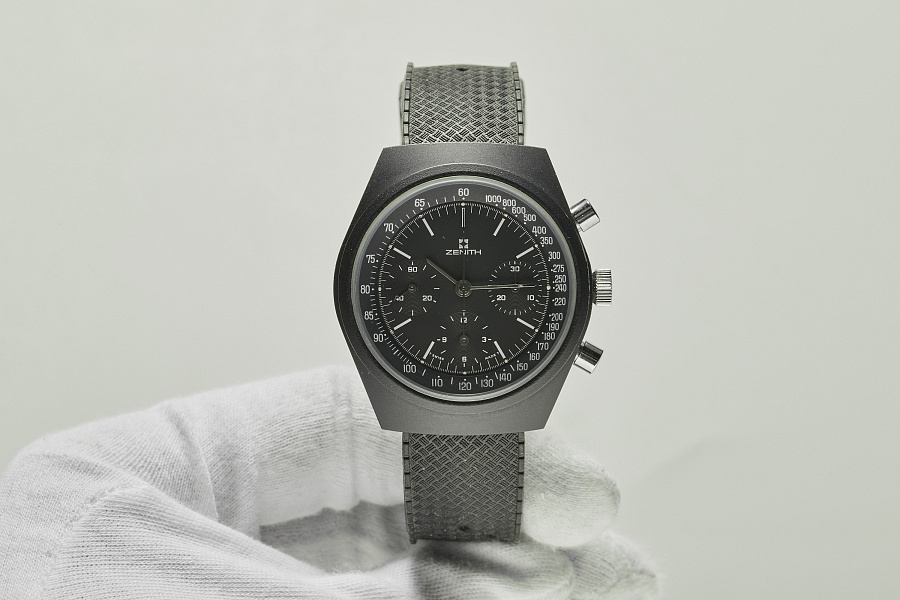 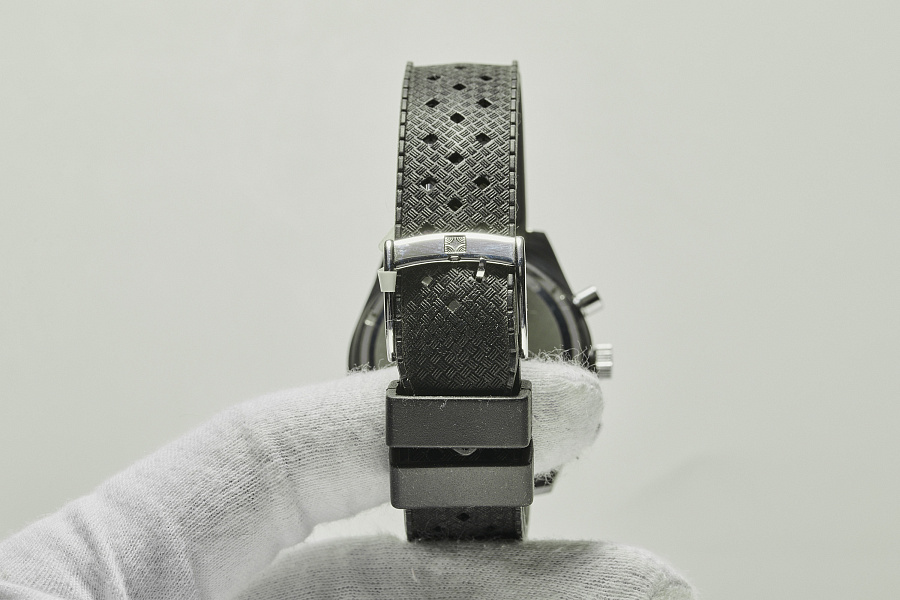 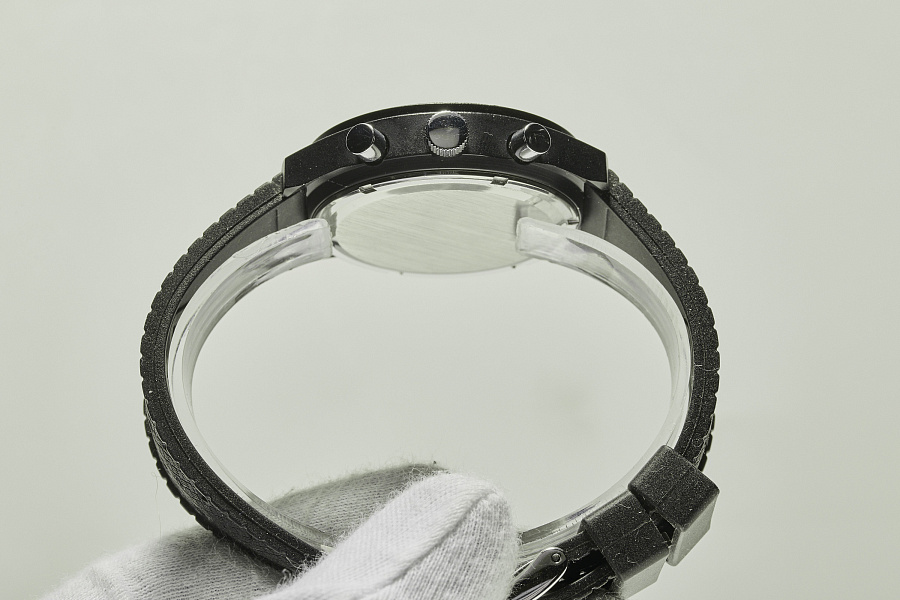 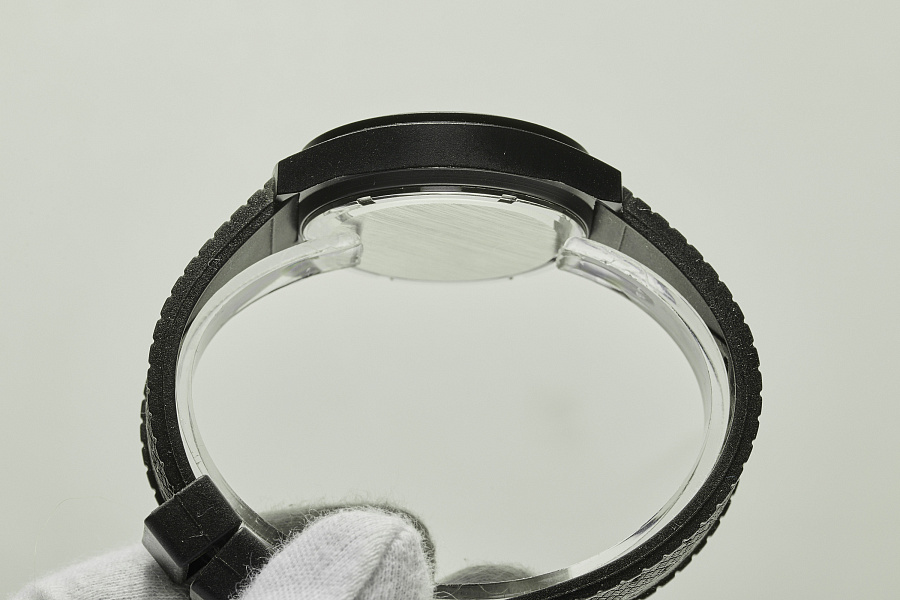 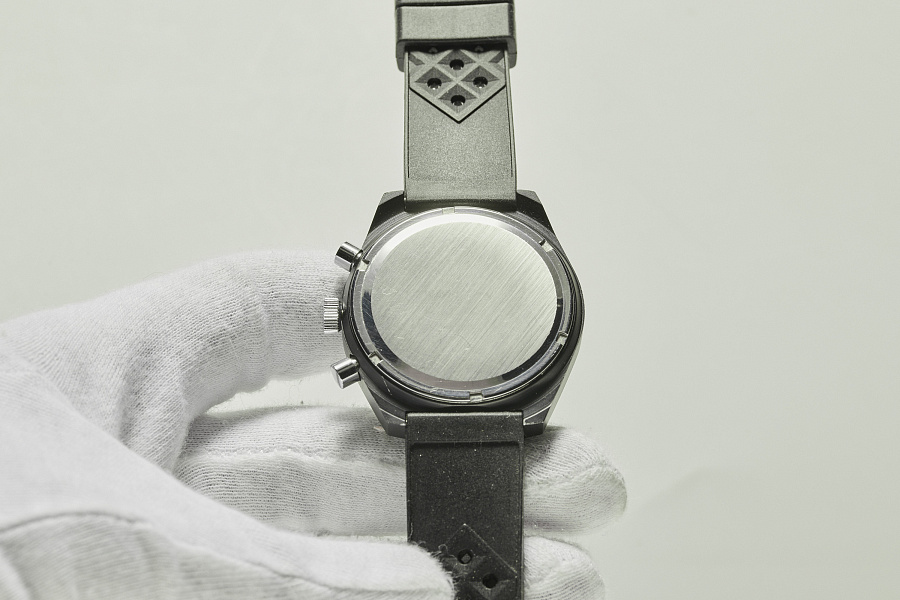 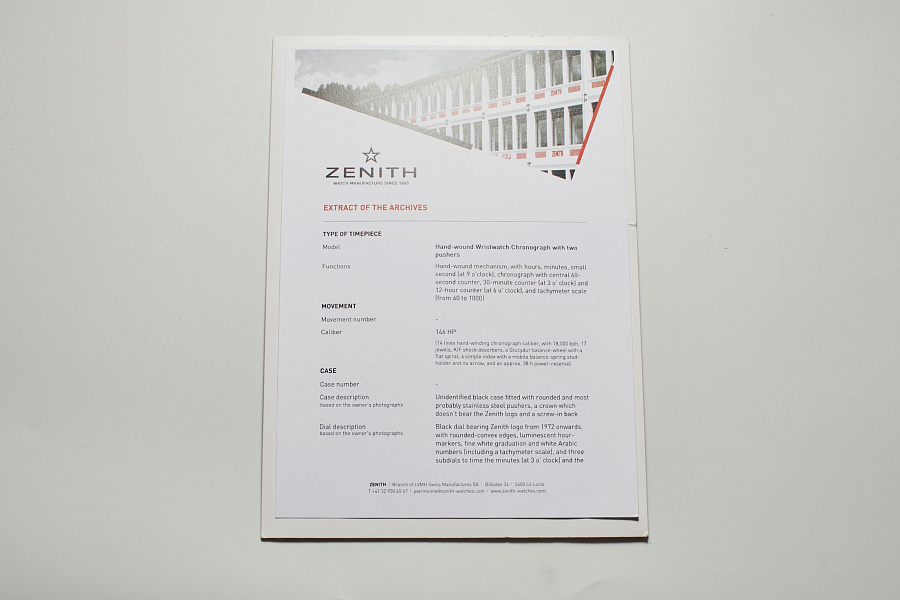 Zenith, when announcing in 2020 its vintage-inspired Chronomaster Revival ‘Shadow’ watch, drew attention to an unusual and rare vintage timepiece from the brand’s museum collection: “The Chronomaster Revival Shadow mimics the look of an obscure Zenith chronograph prototype from the 1970s that featured a blackened case.” The present example is one of the said ‘obscure Zenith chronographs’, which until then had not aroused the keen interest of connoisseurs. The history of the appearance of this prototype has not yet been clarified in detail. Some features raise questions, in particular the use of the manually wound caliber 146HP, produced by movement maker Martel Watch Co. It is known that Zenith acquired this factory in the late 1950s. Martel, as an industrial division of Zenith, produced this caliber in the 1960s. Then, after developing the self-winding 1969 launch El Primero, they concentrated entirely on its manufacture until 1975, when Zenith made the decision to stop the production of mechanical calibers. However, there were movement remnants in stock at Zenith, including the venerable 146HP, which may have been used in some projects including the release of an all-black prototype chronograph wristwatch with a blackened case, black dial and dark grey ‘ghost’ hands. There is no answer to the question why El Primero was not used in the manufacture of this prototype – though perhaps it is because its cost was higher than that of the 146HP.

The Chronomaster Revival Shadow mimics the look of an obscure Zenith chronograph prototype from the 1970s that featured a blackened case.

The dial of the present example, as well as the dials of a few other examples to have surfaced on the market, is marked with the ‘new’ Zenith logo, making it date back to 1972 – when Zenith changed its logo due to a change of ownership. Most likely, the all-black prototype was produced in the second half of the 1970s, when some Swiss brands showed interest in producing black-coated watches. The lack of serial number markings on the case and the unsigned crown makes the assumption that this was a prototype and not a production watch intended for public sale more justified. It seems an experimental prototype was made in a small pre-production series to test the market’s reaction to this kind of design – a common way of doing things in the industry.

The present example seems to be an intriguing artefact to the era of the so-called ‘quartz crisis’, when the brand was looking for as-yet untested, non-standard ways to attract the attention of customers to watches created on the basis of the traditional manual-winding chronograph mechanism, with a column wheel, lateral clutch and a dragging (semi -instantaneous) minute counter. Although this attempt, as we see, was unsuccessful in that era, now this watch is getting a second life, providing collectors and connoisseurs of mechanical chronographs with a great chance to acquire a pioneering watch created in the avant-garde all-black style. Moreover, the Zenith 146HP ‘Shadow’ Chronograph Prototype is undoubtedly recognisable as a classical and traditional Zenith chronograph, featuring a technical and to a certain extent military design, which is typical for the brand. Therefore, it represents a wonderful and intriguing chapter of the outstanding historical watchmaking heritage of Zenith.