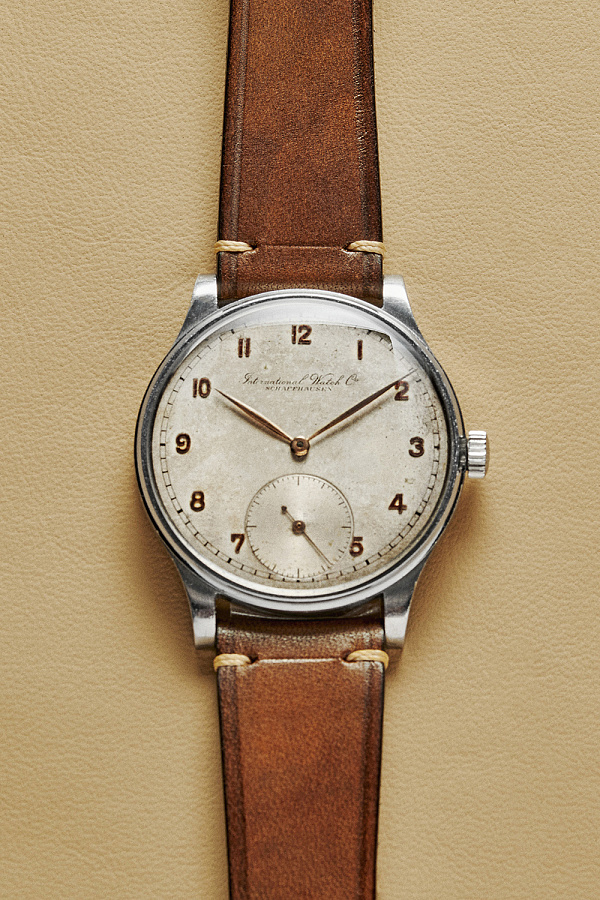 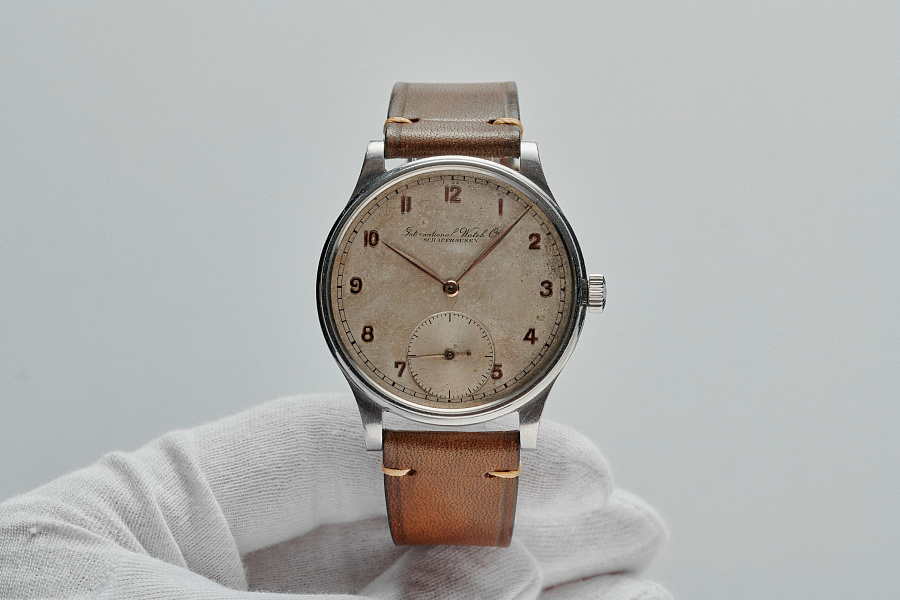 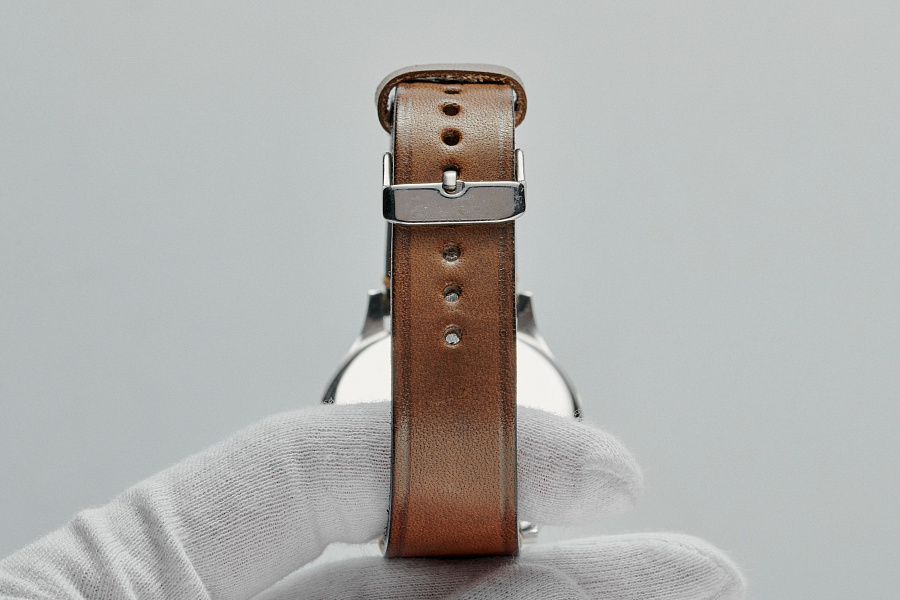 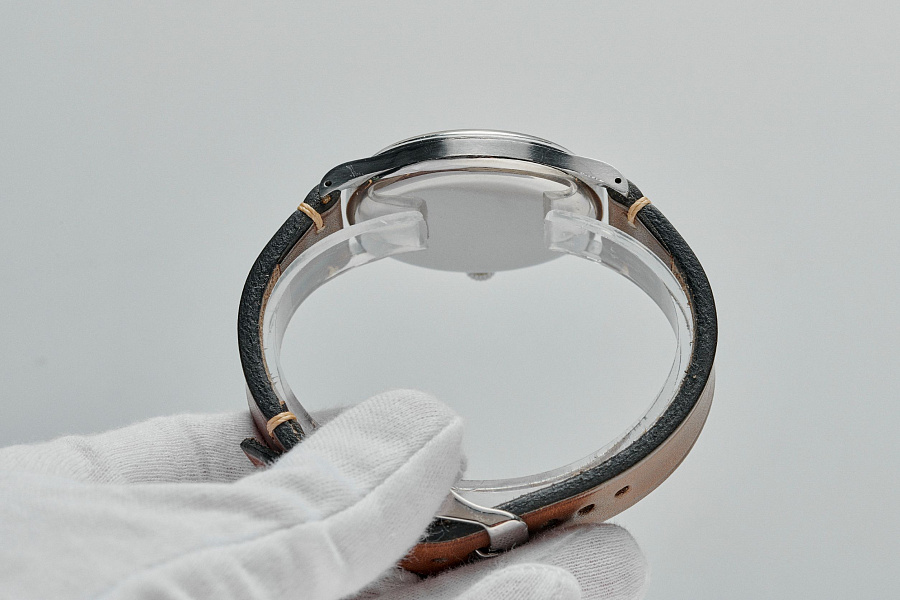 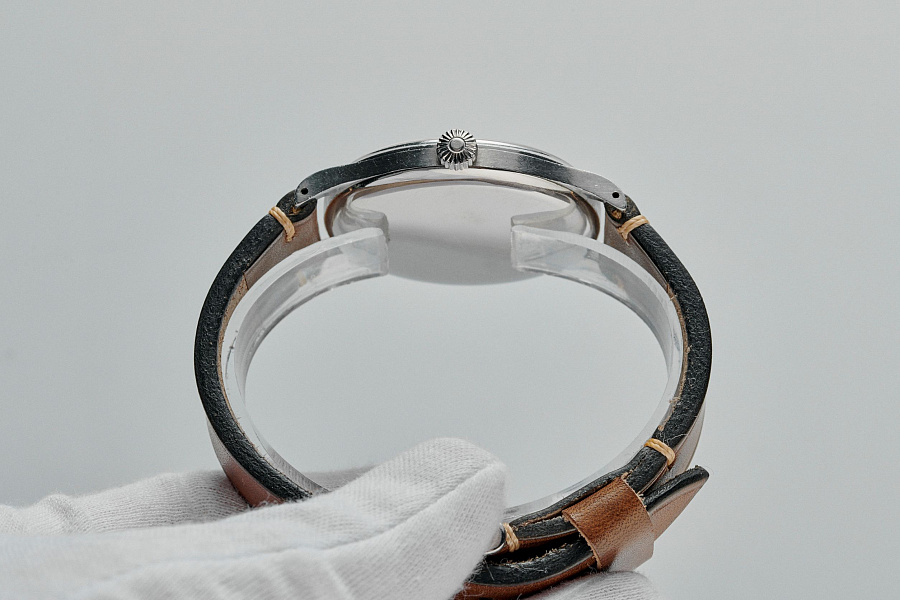 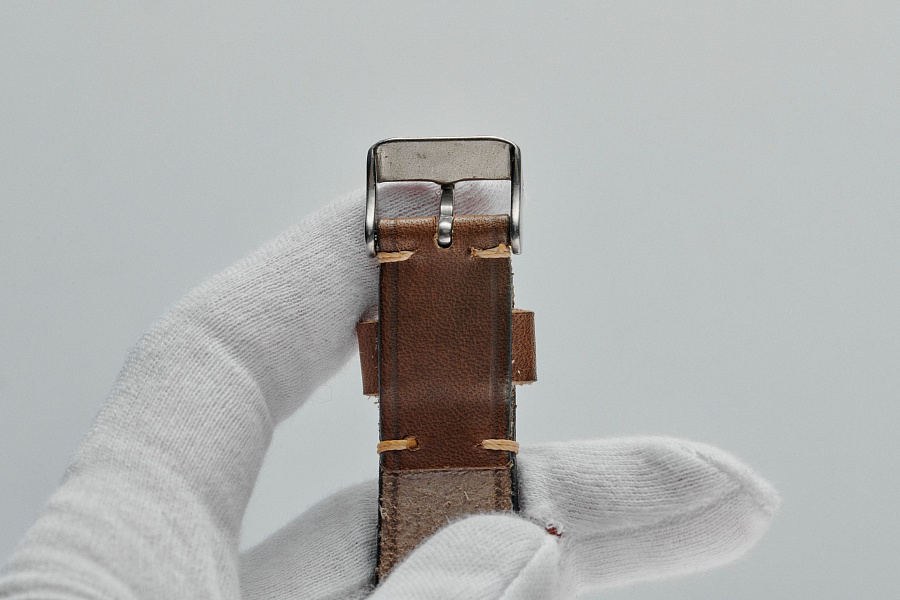 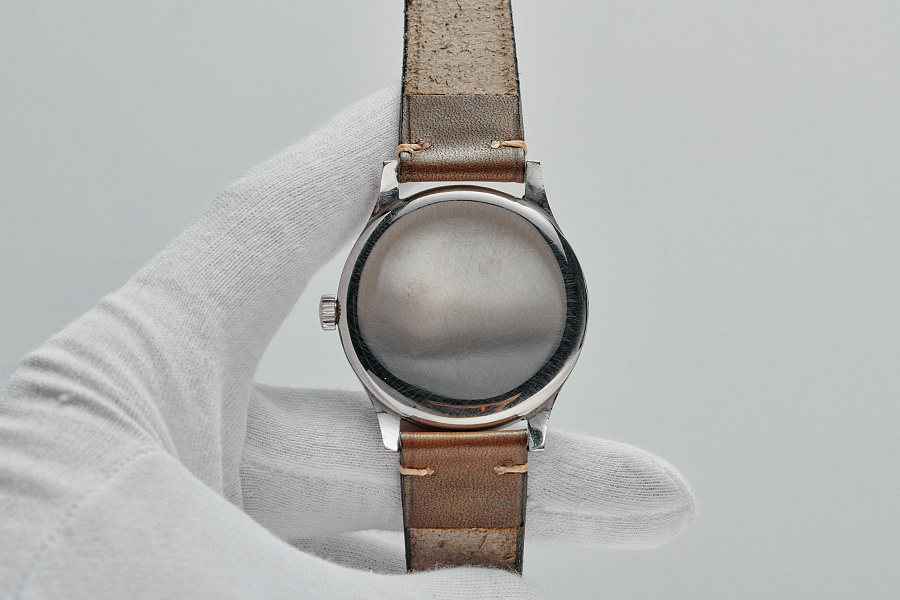 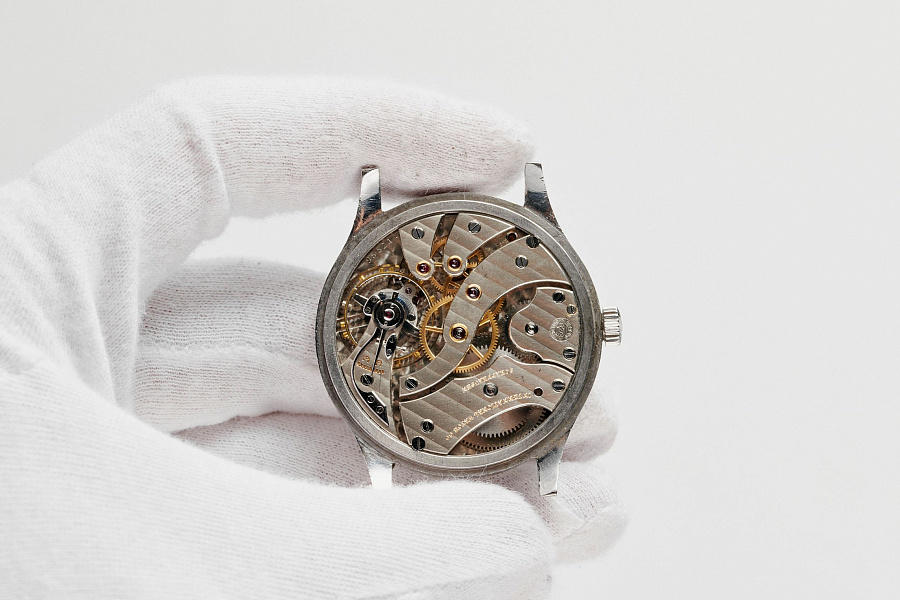 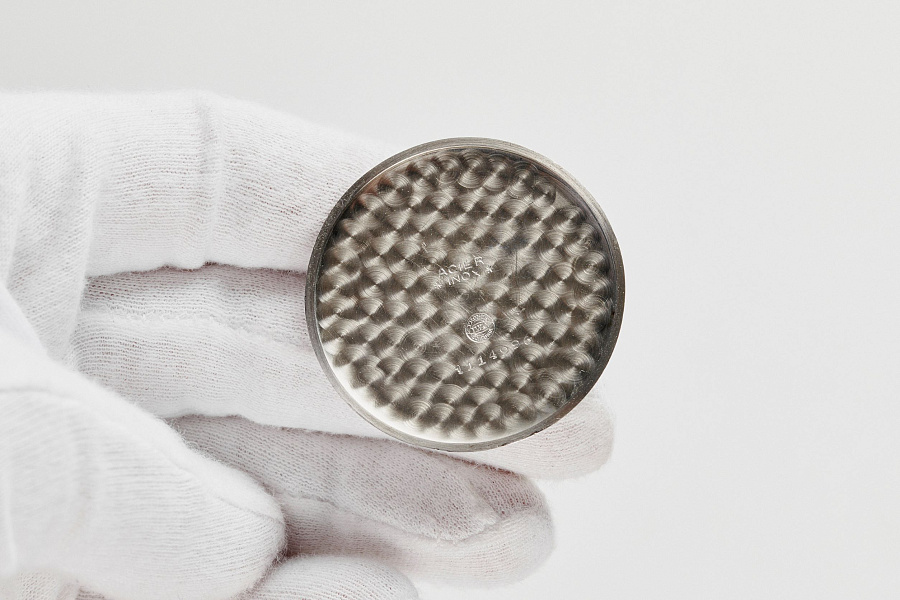 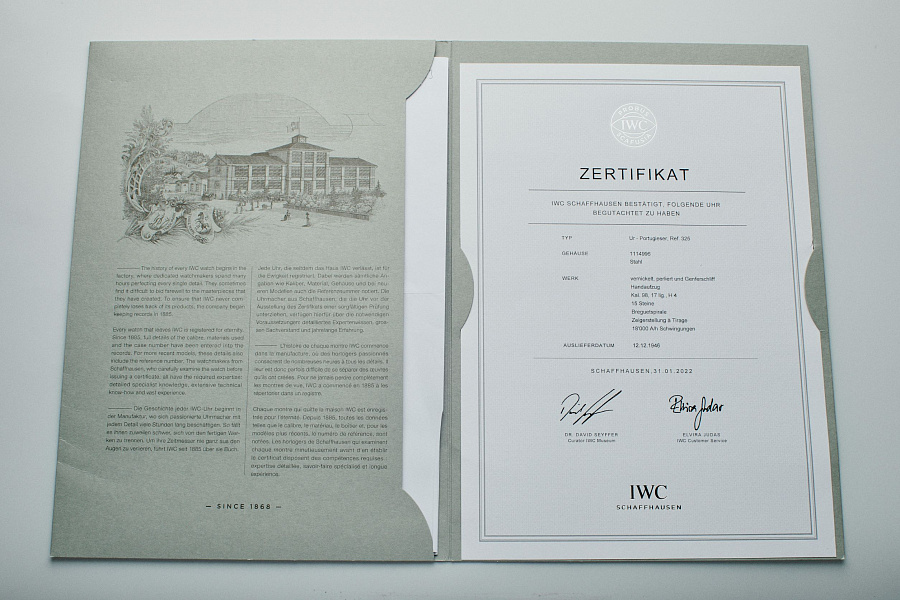 IWC invariably recounts the legend that, in the late 1930s, it was asked by some wholesalers from Portugal to produce large, reliable, and accurate wristwatches that would be powered by respectable pocket-watch calibers. IWC, while maintaining its position as one of the leading manufacturers of high-quality technical pocket watches, agreed to complete the order. The resulting reference 325, a very large steel watch for the time, with a round 41.5mm case 9.5mm thick, was nicknamed the ‘Portuguese watch’. Ironically, however, according to the documents available in the brand’s archive, the first reference 325 watches were sent to a wholesaler in Odessa in the Soviet Union, which seems strange and unlikely given that private business in that country had been destroyed by the end of the 1930s. However, the ‘Portuguese’ name stuck, and it is now known that about one-fifth of the reference run eventually was indeed shipped to Portugal. In 2015, IWC celebrated the 75th Anniversary of the Portuguese watch with the introduction of a relaunched collection and a change of name – Portugieser.

The total circulation of the ‘Portuguese watches’ was 690 pieces, a small number for the worldwide community of collectors. Therefore, the appearance of each Ref. 325 on the market is of great interest.

According to the brand archive, there were three series of reference 325, differing in the type of caliber but with the shape and size of the case remaining generally unchanged. The first series was equipped with a 17-ligne caliber 74 with straight bridges, 4mm thick. These watches were produced from 1939 to 1951 and 304 pieces were made. In the watches of the second series, as in the present example, a 17-ligne caliber 98 with curved bridges, 4mm thick, was installed, with a circulation of 329 pieces. Finally, a third series, known as the ‘German Edition’, was released for the German market from 1977 to 1981. Numbering 57 pieces, they were powered by caliber 982 – the modernised version of caliber 98. Thus, the total circulation of the ‘Portuguese watches’ was 690 pieces, a small number for the worldwide community of collectors. Therefore, the appearance of each Ref. 325 on the market is of great interest.

The attractiveness of the reference 325 as a collectible is greatly enhanced by the variety of dial designs, although over eighty years the image of a ‘correct Portuguese watch’ has been formed. We may observe the main components of this image in the present lot: a large and flat round steel case (we perceive the proportion better than 4 to 1 as excellent), a narrow bezel with a spacious silver-plated dial dominated by a large sub-dial of a small seconds hand with thin circular grooves, a peripheral arrangement of small Arabic numerals and minute track of the ‘railway’ (chemin de fer) style, as well as thin leaf-shaped hands, which are unexpectedly elegant for a watch with a technical specialisation. The present lot is distinguished by a significant patina that affects the silvered background and raised Arabic numerals – it is perceived as a highly valued confirmation of authenticity.

The IWC Portuguese Ref. 325 ‘Second series’ would appear to be an attractive purchase for the collector who desires an extremely rare, collectible and impressive iconic wristwatch from a world-famous traditional watch brand, earning a reputation as one of the leading manufacturers of technical and military watches. The Portuguese is one of the few world-famous archetypes of technical-style men’s wristwatches, a rare watch whose design has remained virtually unchanged for decades. The present lot reveals an understated military style, typical for the Portuguese Ref. 325, and features the hallmarks of high-class watchmaking. These are seen above all in the fine finishing of the high-quality pocket-watch caliber 98, marked by the Probus Scafusia quality hallmark.