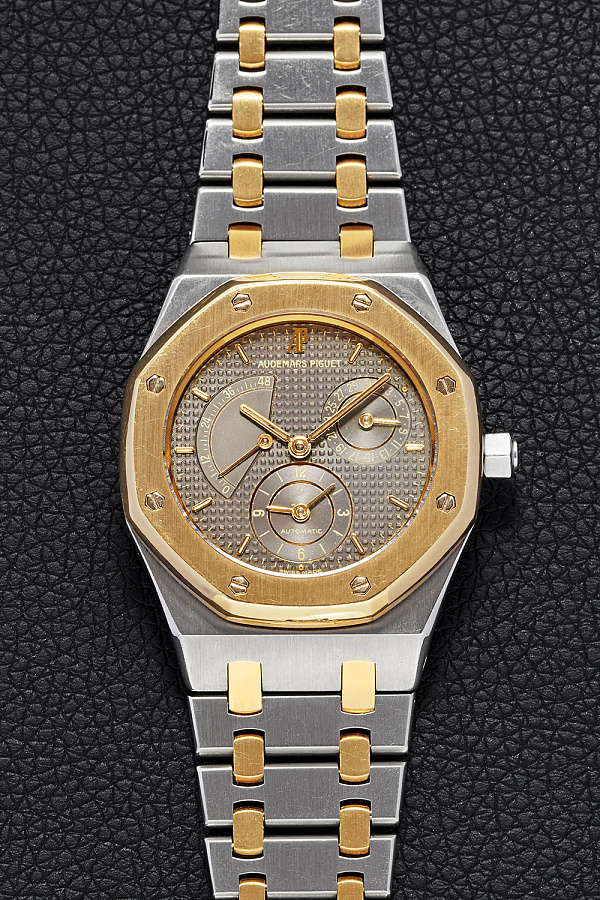 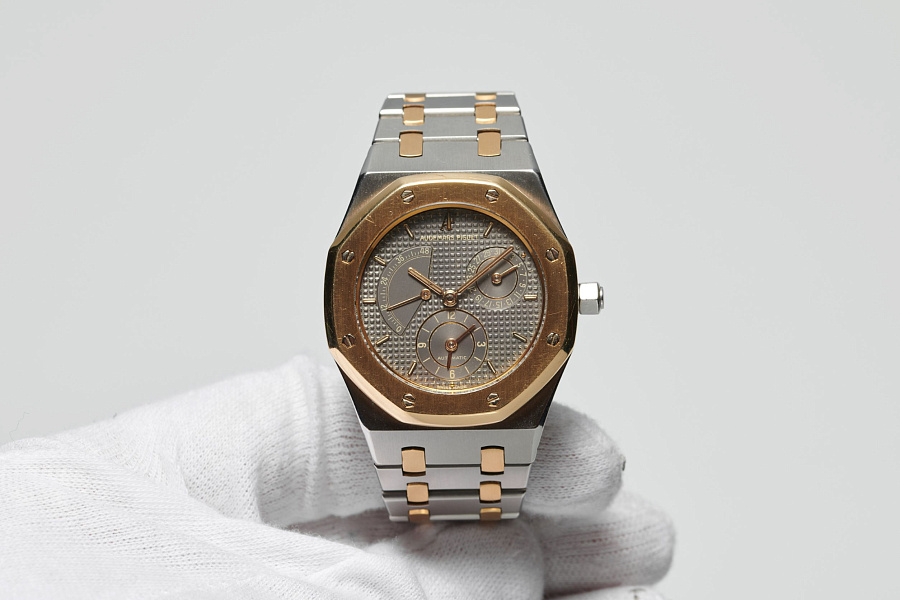 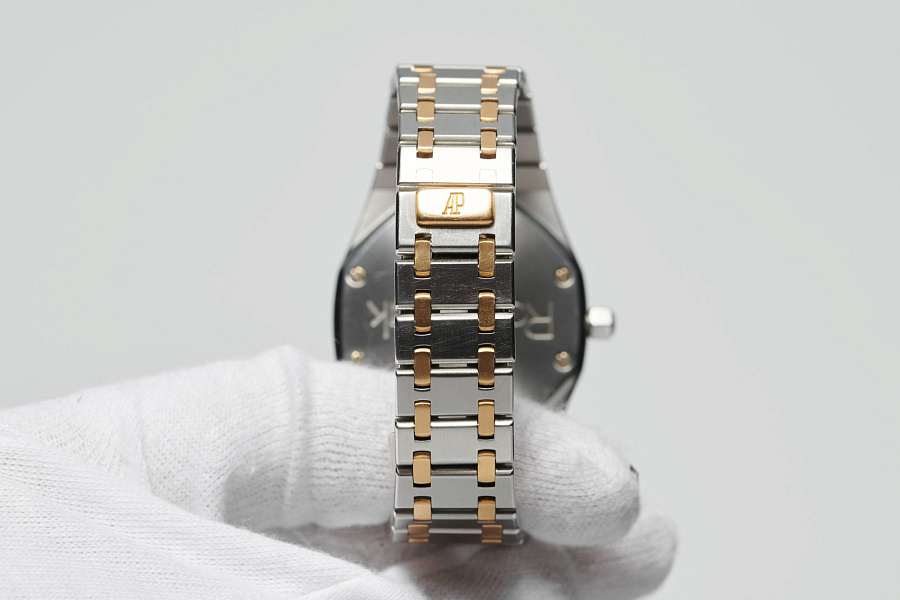 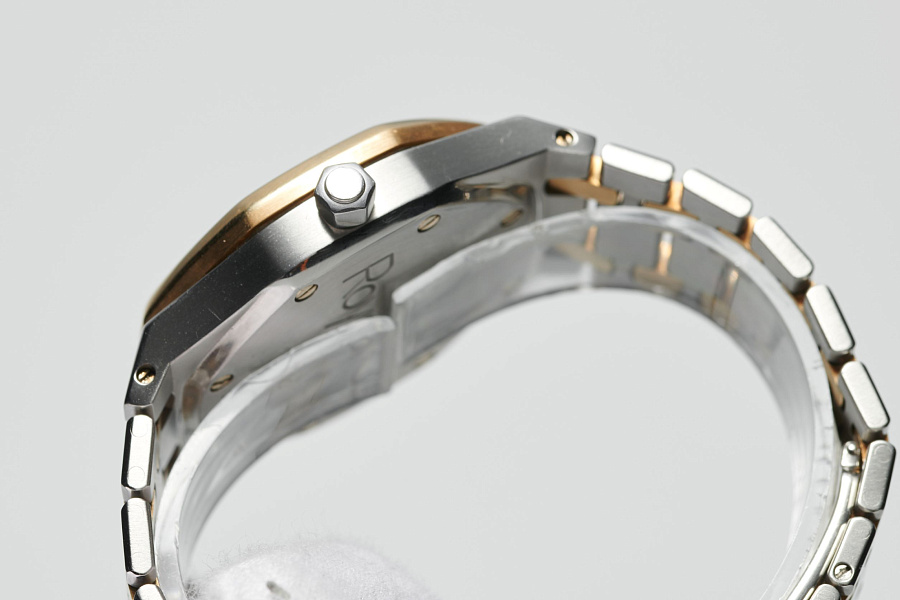 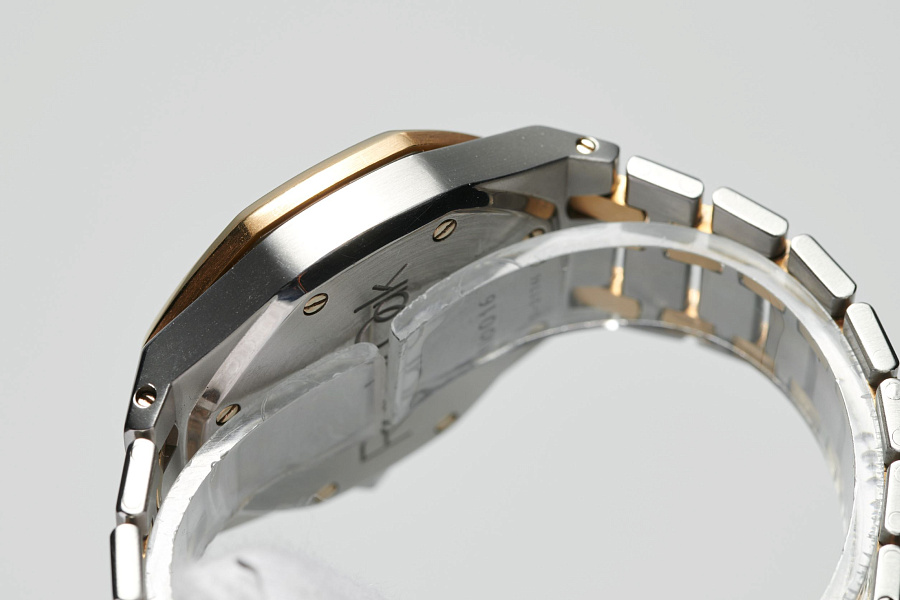 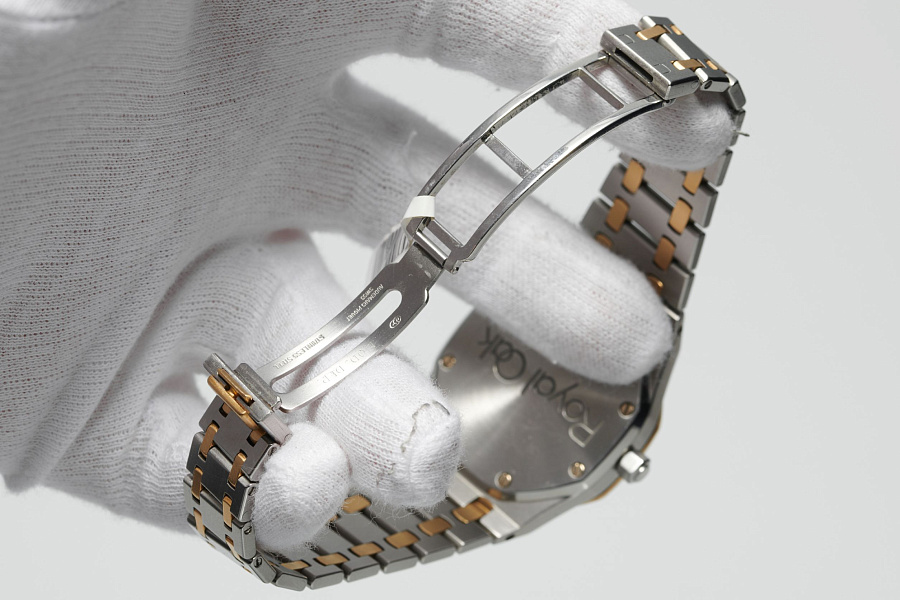 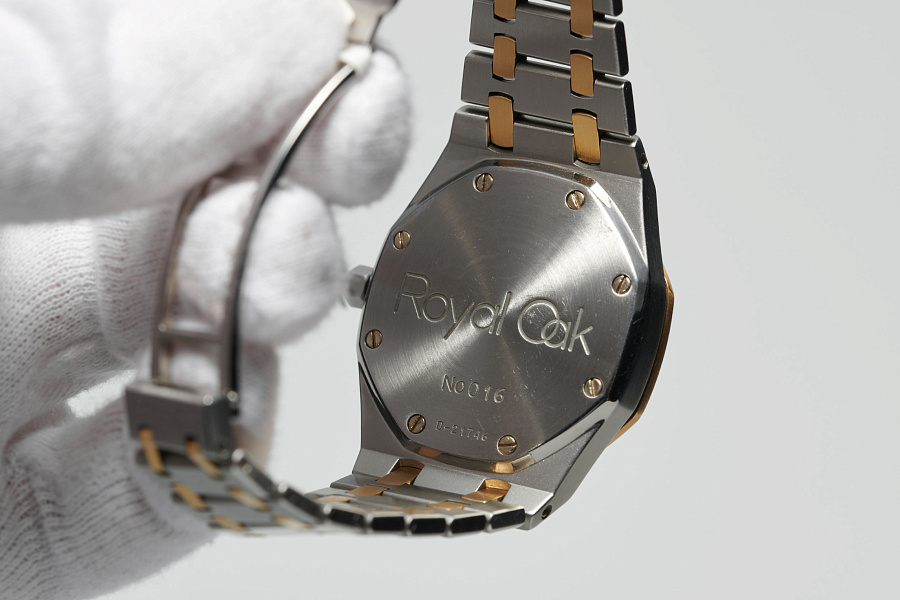 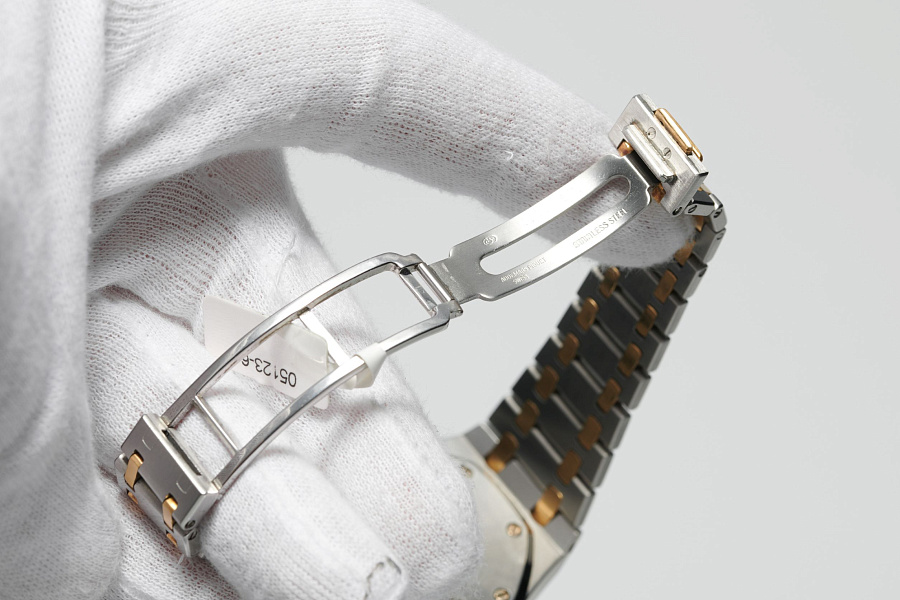 The story goes that in 1989–1990, Audemars Piguet created their first Dual Time wristwatch – Ref. 25685 – with a classical round design in 18k yellow gold, displaying the time in a second time zone and driven by the self-winding caliber 2229/2845, which had been developed by the brand based on an ebauche caliber 928 supplied by Jaeger-LeCoultre, long-term partner and supplier of Audemars Piguet. Reference 25730 was the first Royal Oak Dual Time model embedded with this caliber and the additional functions of a second time zone indication, power reserve and date on the sub-dials. During its production span, Ref. 25730 was available in different variations and was mostly produced in stainless steel. Some examples, however, were produced in stainless steel and yellow gold (Ref. 25730SA, the present reference), in stainless steel and tantalum (Ref. 25730TT), in platinum (Ref. 25730PT), and in 18k yellow gold (Ref. 25730BA). Several dial colour options were also offered – for the reference 25730SA there were slate grey (as the present example) or silvered white dials (Ref. 25730SA.OO.0789SA.02), while the dial design also changed during this period – according to our knowledge, there were four generations of Ref. 25730 dials (Mk1–Mk4).

The present lot features the earliest Mk1 type of dial in white with the so-called ‘small logo’. It has characteristic small letters, an early brand logo, the feature Audemars Piguet used until 1993.

The present lot features the earliest Mk1 type of dial in white with the so-called ‘small logo’. It has characteristic small letters, an early brand logo, the feature Audemars Piguet used until 1993. Another feature of the early Ref. 25730 is a classical type of ‘tapisserie’ relief pattern, derived from the original Royal Oak ‘Jumbo’ Ref. 5402 design, as well as a stainless-steel ‘pre-AP’ Audemars Piguet double folding clasp, so-called ‘ladder’ clasp, and unsigned crown. It appears that the change from the signature-free crown option to a crown signed with an engraved “AP” occurred at the end of the 1990s. We would also like to point out the thin hour indexes of the chapter ring of the original Royal Oak style, which is an attribute of the present watch – later, in Mk4 dials, they were replaced by wider and shorter markers.

This watch certainly belongs to the earliest period of Ref. 25730SA, as evidenced by its features and both the early model serial number (No 01x) and D-21xxx marking of the case from the series.

The Audemars Piguet Royal Oak Dual Time Ref. 25730SA.OO.0789SA.01 Mk1 is important and remarkable as the first dual time design in the Royal Oak collection. The present example appears to be an excellent purchase for the collector who desires a very fine, rare and early dual-time wristwatch in a not-often-seen bi-colour execution from a world-renowned traditional watch brand, one of the undisputed leaders in the haute horlogerie watch market. Several notable features, typical for the reference’s early production period, make this lot even more attractive.