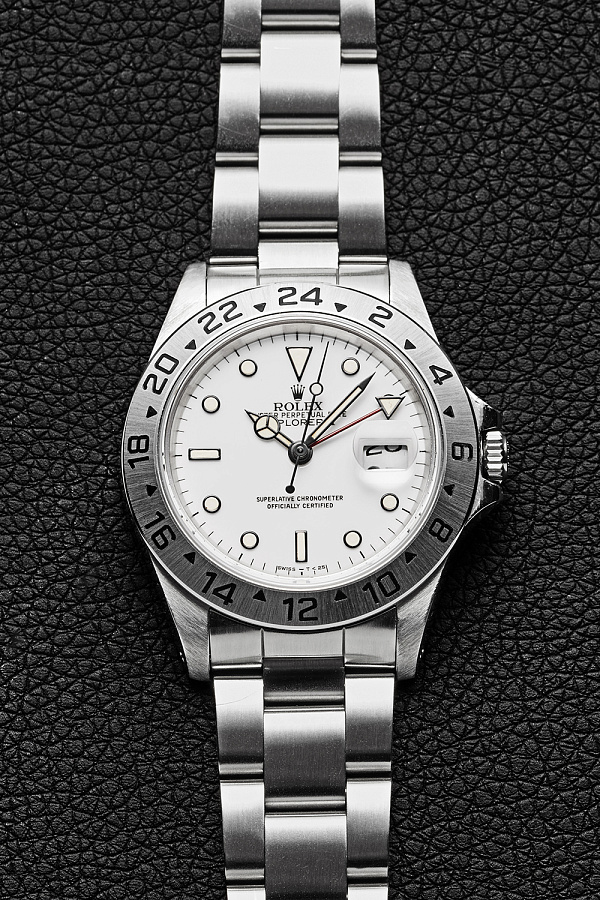 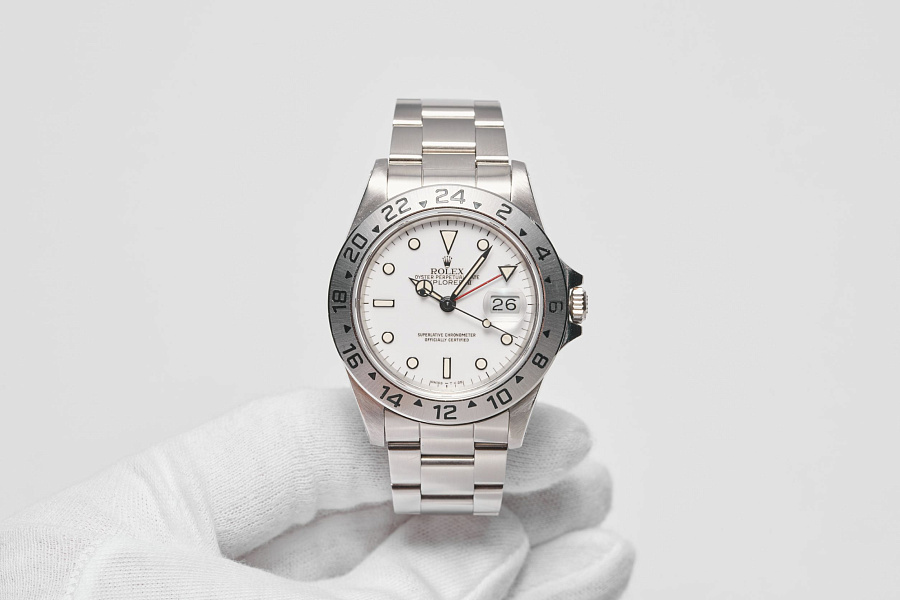 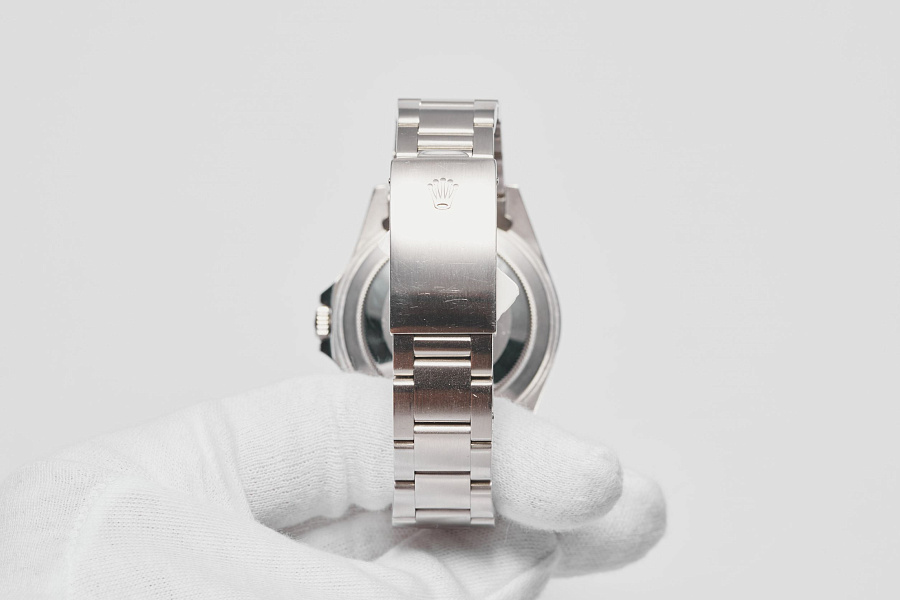 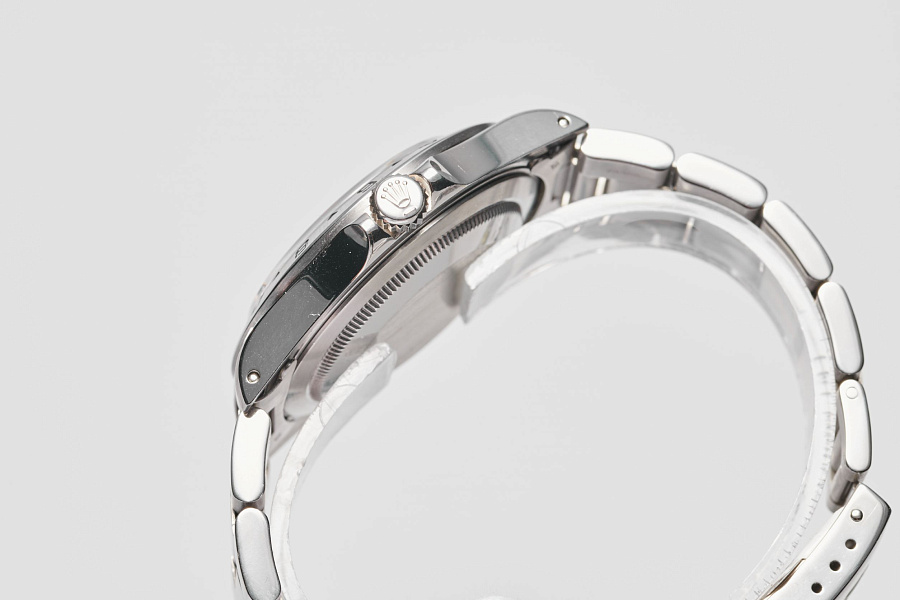 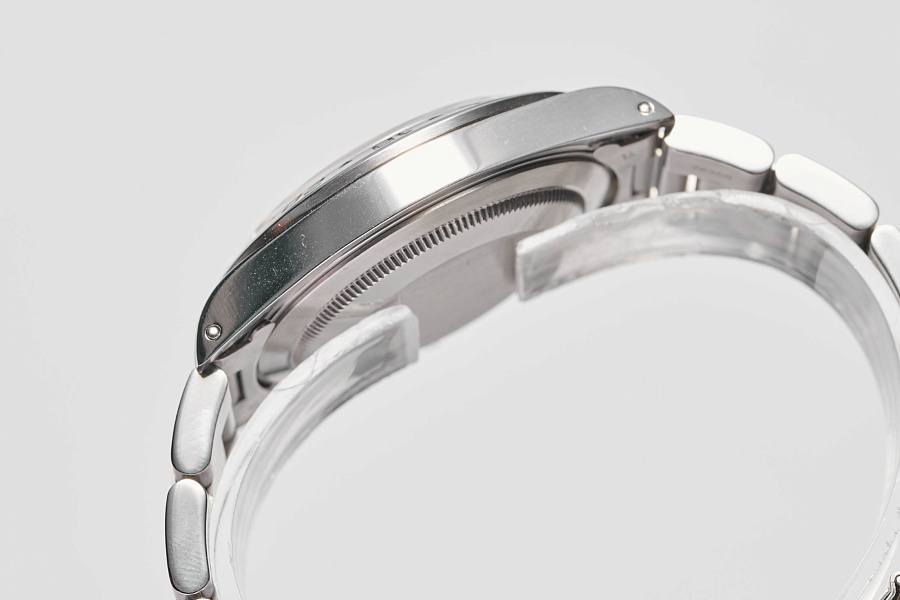 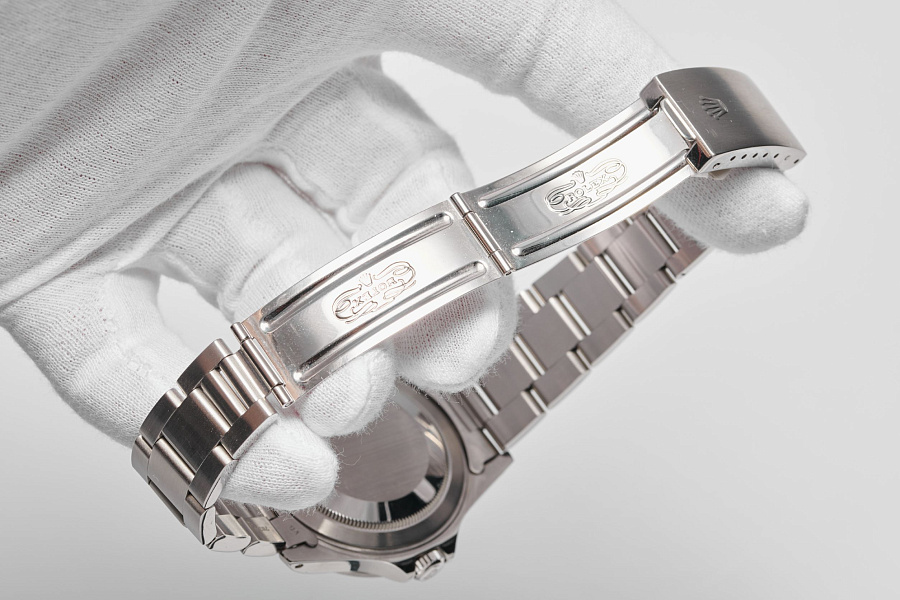 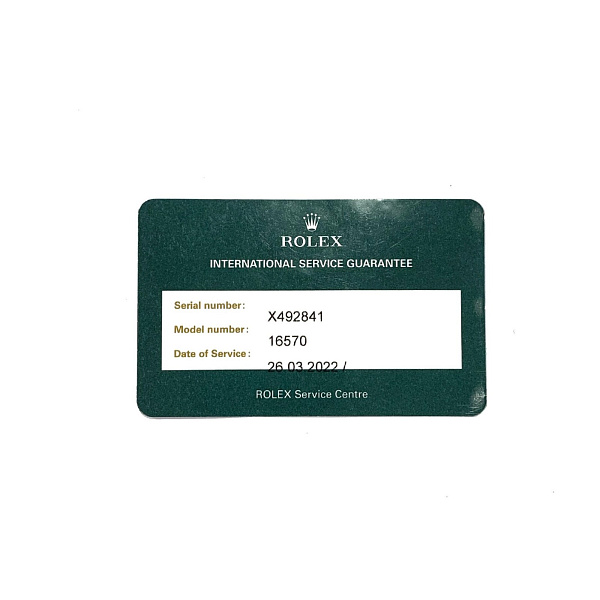 Ref. 16570 is the third-generation Explorer II watch, launched in 1989 and discontinued in 2011. Four major versions were produced during the production period, referred to as Mk1 to Mk4. As Rolex undertook constant technical upgrades to this model, many additional variations emerged in the process. They are difficult to categorize and therefore provide an excellent chance for the keen collector to further explore this historically significant reference, one which has been overshadowed by other more popular Rolex collections such as the Daytona, Submariner or GMT-Master II. It should be noted here that in collecting the most popular references saturation may have occurred, although room for growth, and therefore the greatest prospects may be found in the “dark horses” of the Rolex collection, such as the present reference.

The Mk1 dial of the present lot, featuring the “Swiss – T<25” lettering and other period-matched and type-matched features, with the advantage of a light patina, seems to be a wonderful chapter of the Explorer II ‘Polar’ story, worthy of being enjoyed and explored.

The main versions of reference 16570 are determined mainly by phosphor and caliber types, although there are some other important peculiarities. Ref. 16570 Mk1, produced 1989–1997, features tritium phosphor accompanied by “Swiss – T<25” lettering at the bottom of the dial, a 3185 caliber, drilled lugs of the case, and a basic double folding stamped clasp. The short-lived Mk2, produced in 1998 and 1999, was switched to a non-radioactive non-tritium LumiNova luminous compound, and the dial was signed with “Swiss” (which is why the rare and collectible Ref. 16570 Mk2 is known as ‘Swiss Only’). Mk2 retained the 3185 caliber and drilled lugs, but the bracelet was upgraded to a new 78790 version with flip-lock double folding clasp. Ref. 16570 Mk3 (1999–2005) received Super-LumiNova lumi, the dial was signed with “Swiss Made”, and it was still powered by the 3185 caliber. Mk3 mostly has drilled lugs, although the design transition from drilled lugs to a case without holes took place in 2000–2003, as with many other Rolex models. The last Ref. 16570 Mk4 (2005–2011) features a “Swiss Made” dial, Super-LumiNova lumi, upgraded 3186 caliber, case without holes, and rehaut with laser-engraved inscription that repeats “Rolex”. Although some rare transition examples with such rehaut are fitted with a 3185 caliber, most probably they were produced in 2005–2007.

Reference 16570 was available in two main dial colours, black or white. The white dial made its debut in reference 16550, the previous generation Explorer II, giving this Rolex tool watch an unexpectedly elegant, weightless look. Ref. 16570 retained the white dial option, but with a slightly more austere interpretation, with the white gold hands and applied indexes given a black finish. As a result, the white dial of reference 16570 received a higher contrast, and the cold pure white background of the dial prompted collectors to give the watch the nickname ‘Polar’, which coincided very well with the declared specialisation of the early Explorer watches, intended by Rolex for explorers working in difficult conditions – speleologists, polar explorers, alpinists, etc.

The present example bears a Mk1 dial with period-matched and type-matched Mk1 features such as the early stainless-steel Rolex Oyster bracelet stamped with “78360” and two endlinks stamped with “501”, the stainless-steel radially-brushed bezel with a 24-hour graduation, and the pleasant light uniform patina of luminous markers and hands, having acquired a light creamy shade, which will definitely evolve to richer tones and enhance the vintage charm of the present example. With the elimination of the luminous tritium compound after around 1997, the pleasant patina appearance with creamy hour markers and hands on a pristine white background will be impossible.

The Explorer II Ref. 16570 Mk1 ‘Polar’ would be an excellent purchase for the collector who desires a rare, highly collectible and extremely charismatic Explorer II watch, a must have for a discerning collector and an impressive part of the Rolex legend. The white-dial ‘Polar’ is definitely the “dark horse” of the Rolex collection, with good growth prospects, especially if we take into account the early execution Mk1 type and the fact this reference was long ago discontinued. The Mk1 dial of the present lot, featuring the “Swiss – T<25” lettering and other period-matched and type-matched features, with the advantage of a light patina, seems to be a wonderful chapter of the Explorer II ‘Polar’ story, worthy of being enjoyed and explored.