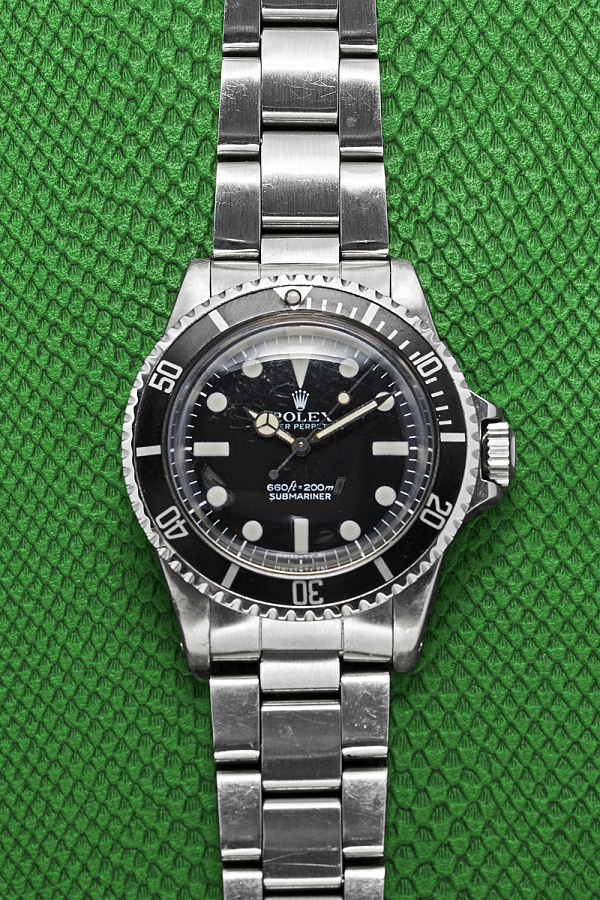 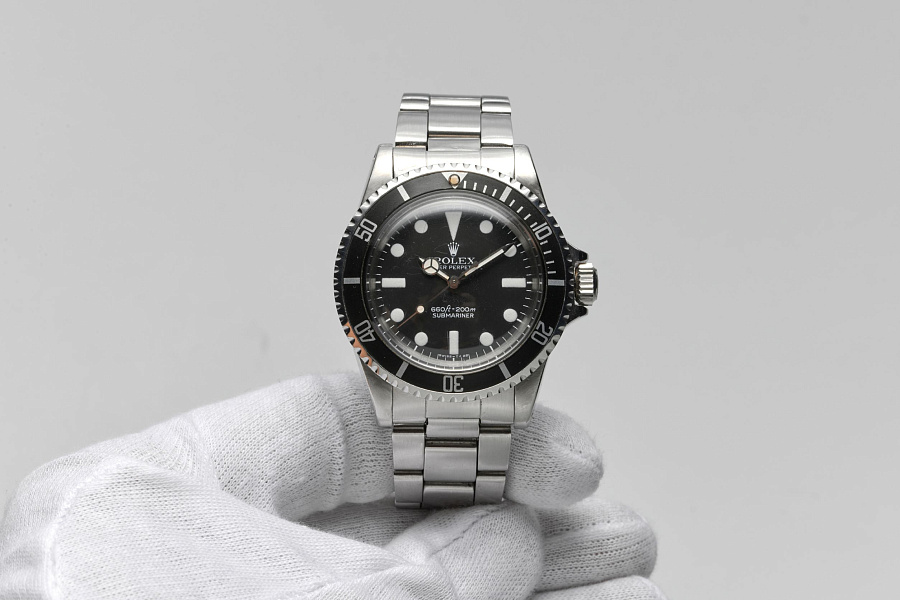 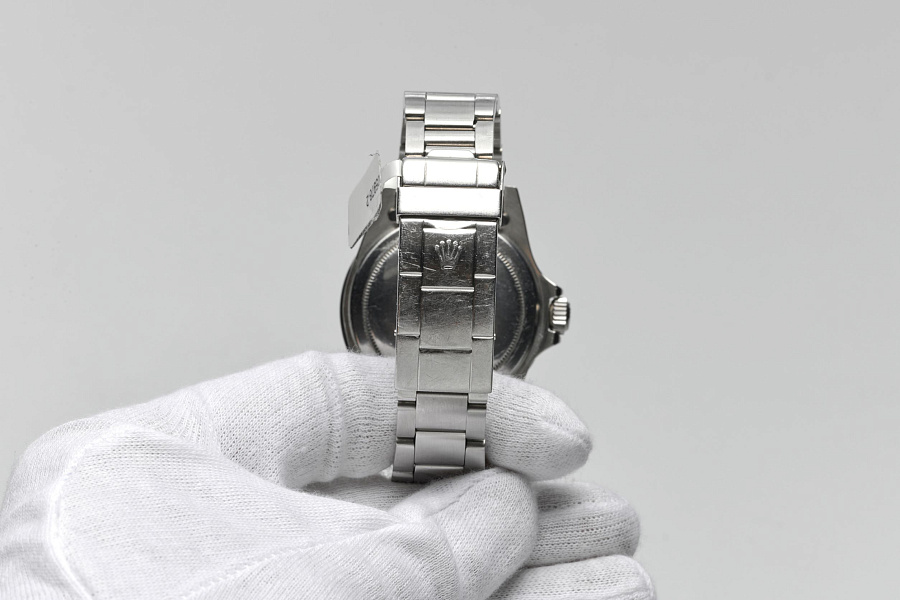 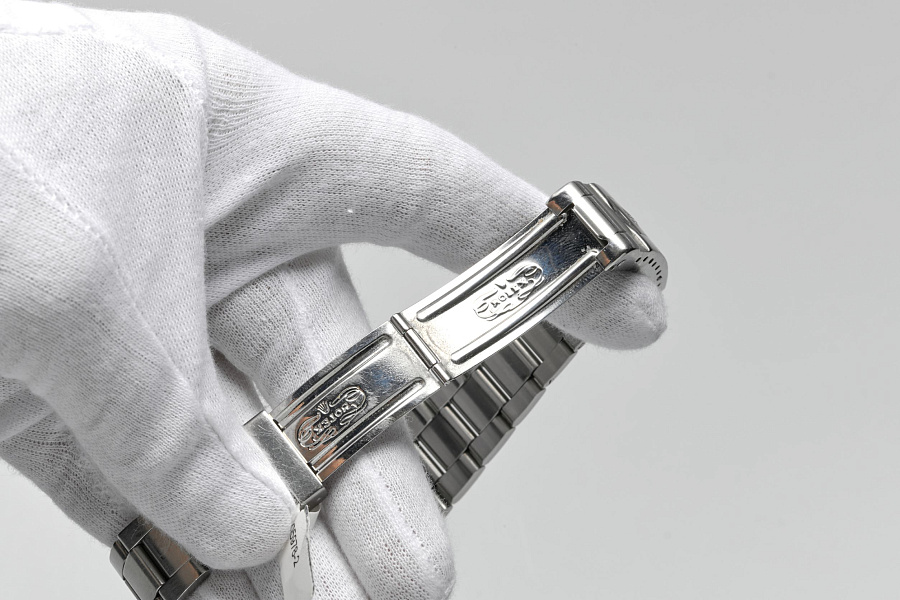 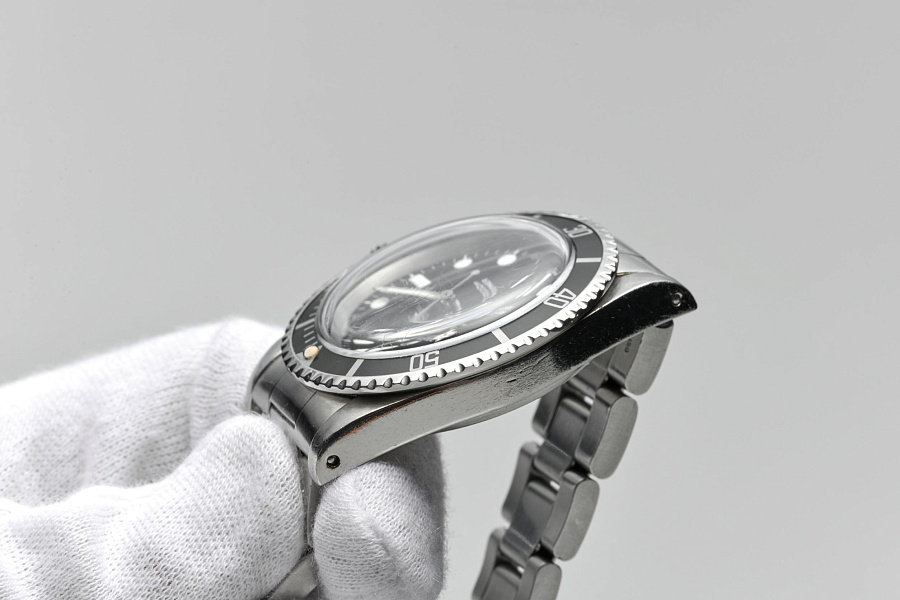 The Rolex Submariner Ref. 5513 represents a very important page in the history of Rolex Submariner diving watches, produced from 1953 to the present. Reference 5513 was launched in 1962 and discontinued in 1989, a very long time for a single reference. During this period, many varieties appeared, including three main versions – an early one with a glossy gilt dial and gilt writing; examples from the main production span, which featured a matte black dial; and the reference chronicle which completed the upgraded models of the last series with a glossy dial and applied indexes in the form of white gold capsules filled with lumi.

The Ref. 5513 matte black dial design was introduced in circa 1967 replacing early models with a glossy gilt black dial. Early examples of matte dials featured dials with a ‘meters first’ depth rating, while later varieties included serif/non-serif, pre-Comex and ‘Maxi Dial’ versions. In general, all varieties of the charismatic Submariner 5513 are of collectible interest, which has recently become more and more noticeable. Nevertheless, several themes stand out against this background, including the so-called ‘Maxi Dial’, to which the present lot belongs. The ‘Maxi Dial’ version is given this unofficial name due to the slightly oversized tritium luminescent indexes on the chapter ring, so that the lower tip of the triangular index at 12 o’clock almost touches the middle beam of the Rolex’s elongated and slender five-pointed coronet (itself a speciality of the ‘Maxi Dial’ version) – this feature is easy to see in the dial of the present example.

The Mk1 dial of the present example, with the ‘feet first’ depth rating, opened ‘6’ digits and other period-matched and type-matched features was a starting chapter of the Submariner ‘Maxi Dial’ story. It is the earliest ‘Maxi Dial’ version, therefore evoking special emotions and making the present lot a highly desirable item.

The first ‘Maxi Dials’ appeared in 1976, and in total five main versions were found in the production span, referred to as Mk1 to Mk5. The release of the last generation Mk5 ended in 1984. The ‘Maxi Dial’ Mk1 is identified by a two-line inscription in the lower zone of the dial with “Submariner” written at the bottom, under the depth rating. The latter is made in the ‘feet first’ variant, which is the only correct execution. In addition, the authenticity of the ‘Maxi Dial’ Mk1 is helped by establishing signs such as an early- to mid-5 million to early-6 million case serial number, two opened ‘6’ digits in the depth rating, the horizontal strokes in “ft” aligned on the same level, the zig-zag shaped “S” character in “Submariner”, which looks similar to a mirrored “Z”, and the “=” sign in the depth rating placed directly above the “A” in “Submariner”, to name just the most important features.

The present example bears a Mk1 dial with a corresponding 5.55 million case serial from circa 1978. Also of value among period-matched and type-matched Mk1 features are the stainless-steel Rolex Oyster bracelet stamped with “93150” and two endlinks stamped with “580”, the bezel with a black aluminium ring insert, and ‘fat font’ 60-minute graduation of original design.

The Submariner Ref. 5513 ‘Maxi Dial’ Mk1 would be an excellent purchase for the collector who desires a rare, highly collectible and extremely charismatic Rolex Submariner, a must-have for a discerning collector and an impressive part of the Rolex legend. ‘Maxi Dials’ are showing solid and stable growth in the market, which also adds to the attractiveness of this lot. The Mk1 dial of the present example, with the ‘feet first’ depth rating, opened ‘6’ digits and other period-matched and type-matched features was a starting chapter of the Submariner ‘Maxi Dial’ story. It is the earliest ‘Maxi Dial’ version, therefore evoking special emotions and making the present lot a highly desirable item.