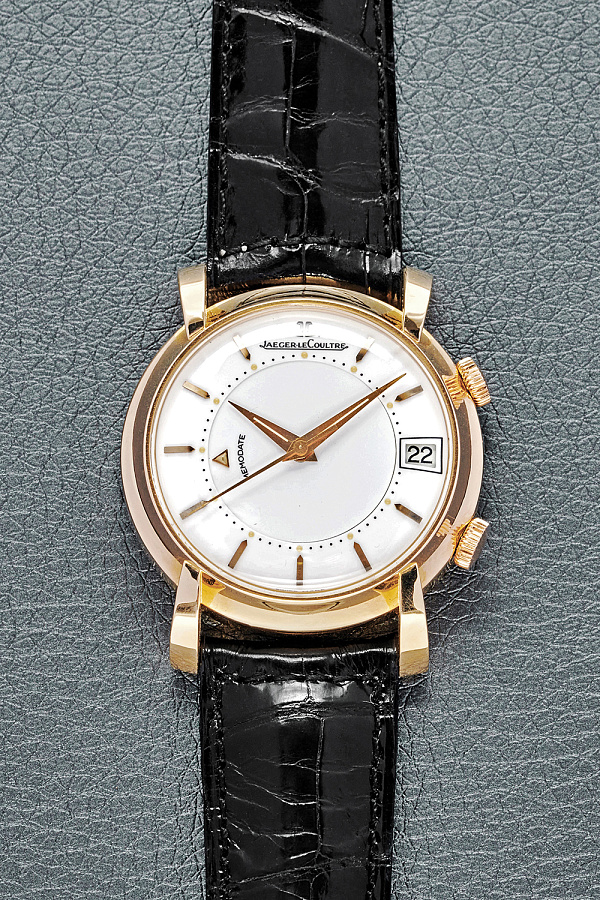 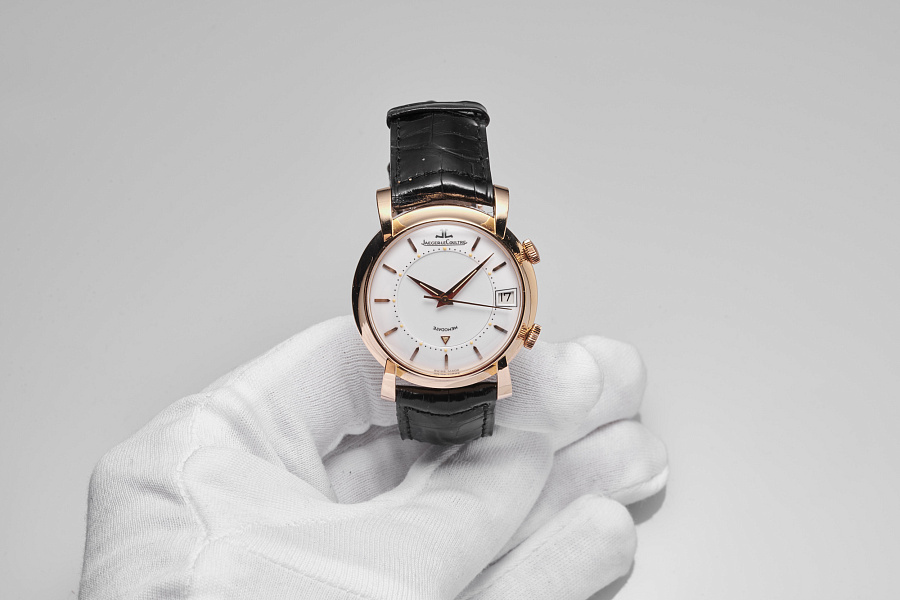 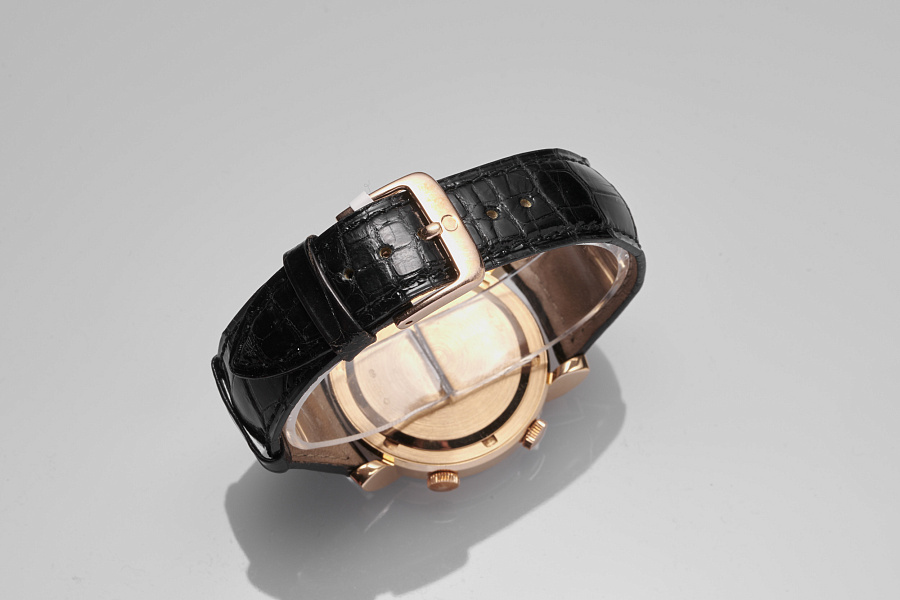 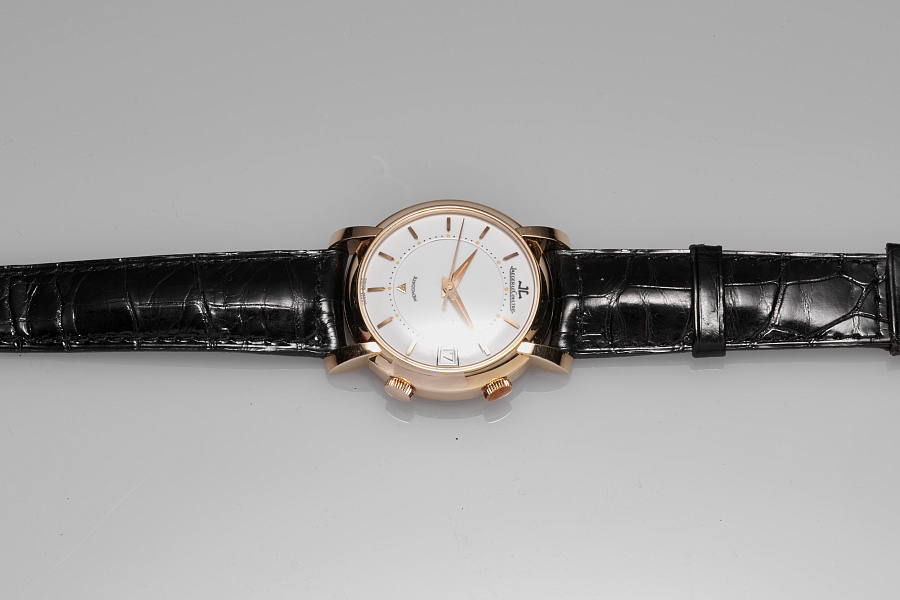 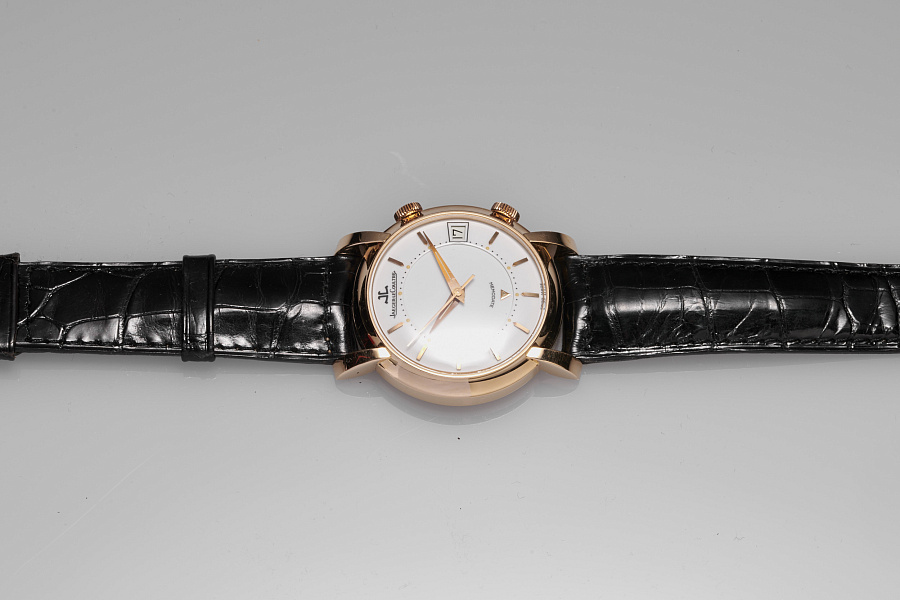 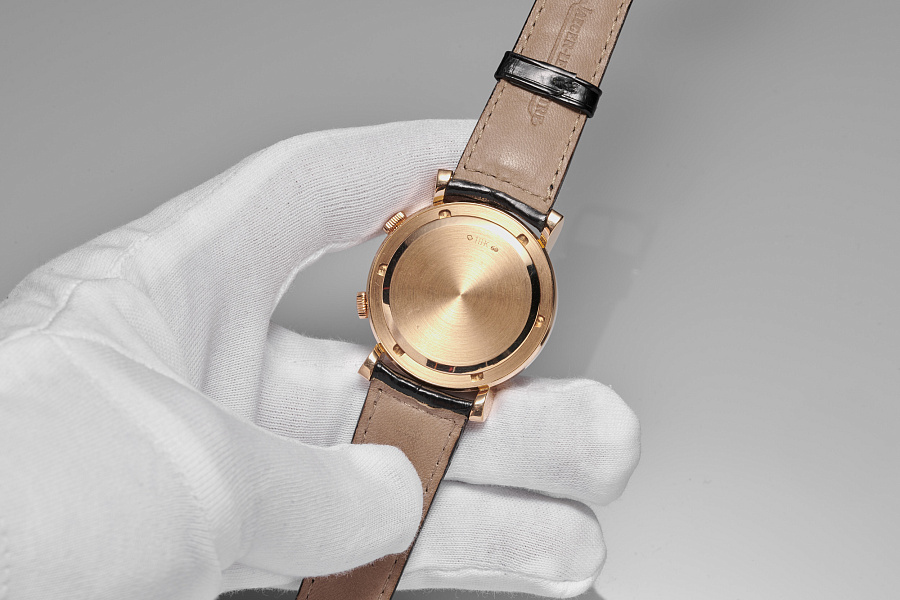 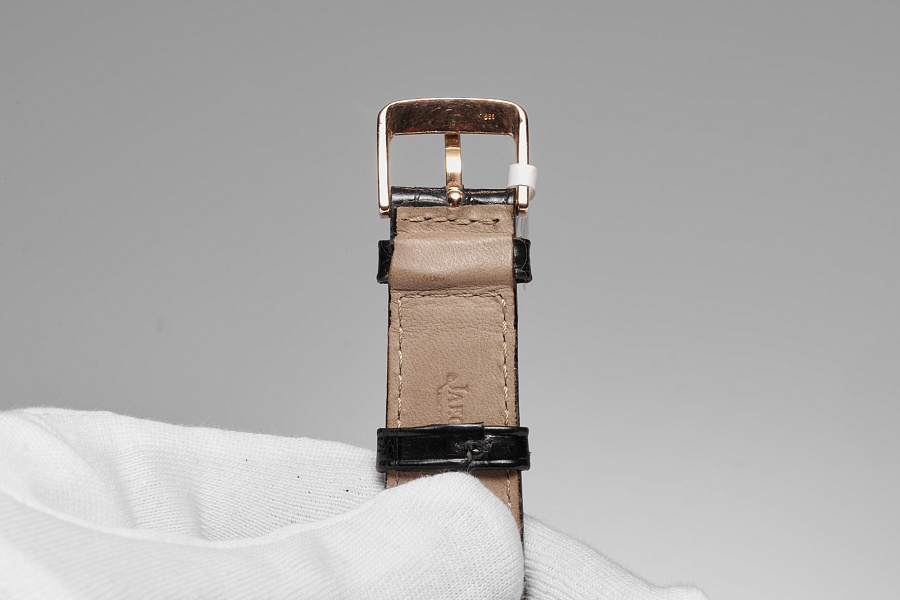 The Jaeger-LeCoultre Memovox is a world-renowned alarm watch, known for being beautiful, respectable and practical. Its development started in 1949, and the first Memovox, powered by the manual-wind caliber 489, was available from 1951. There were plenty of different case and dial designs, and all have the characteristic double crown arrangement. In 1953, caliber 814 was introduced as a modification of the 489, while in between 489 and 814, transitional movements were also made, designated as caliber 601. Caliber 814 was produced until 1964, when it was replaced by the non-date caliber 910 and its date version 911. These were used as the base for manual-wind non-date Memovox and Memodate watches featuring date indication until 1979, and produced in large numbers – the figures show that approximately 75,000 calibers 910 and 911 were made in total. From 1956, the brand produced automatic Memovox versions, first with bumper-winding calibers. Both the famous Deep Sea Alarm Automatic and Memovox Polaris watches used bumper calibers, while a full bi-directional rotor caliber 916 appeared in 1969.

The Memodate ‘Flared Lugs’ re-editions include models similar to the present example, and all of them are extremely rare.

Concerning the present lot, we should mention it shows a classic round case design with distinctive flared lugs, an option very popular in the 1950s. Many early Memovox watches of the 1950s appeared in this appealing design, but since the 1960s it became extremely rare and practically disappeared. Subsequently, the brand mainly used the classic design with tapered lugs. It is known that in the 1970s, 1980s and, as far as we can understand from the analysis of the present lot, in the 1990s, the brand from time to time used the flared lugs design, making the case and lugs shapes somewhat larger and therefore even more impressive than the historical prototypes of the 1950s. The dating suggested here is based on a gold caseback marked with the ‘Head of a St. Bernard dog’ hallmark, which has been officially used in Switzerland since August 1, 1995. The Memodate ‘Flared Lugs’ re-editions include models similar to the present example, and all of them are extremely rare. We should also pay attention to the fact that for their entire production span most Memovox watches were produced either in steel, or in gold-plated or gold-filed cases. Watches in a solid gold case are very rare, which undoubtedly adds to the attractiveness of the present lot.

It should be borne in mind that the theme of Memovox collecting is in the shadows of the famous Deep Sea Alarm Automatic and Memovox Polaris, and not enough attention is paid to watches like the present lot, despite being beautiful, featuring excellent execution, with a great history and also being very rare.

Therefore, the Memodate Caliber 911 ‘Flared Lugs’, an absolutely stunning example of a highly collectible Jaeger-LeCoultre Memodate design, appears to be the perfect purchase for a collector as a rare piece of famed Jaeger-LeCoultre Memovox watch history, a witness to a period in the development of watchmaking when buyers preferred practical wristwatches. It is a beautiful, rare and complicated mechanical watch with high functionality from a world-famous traditional watch brand, one of the undoubted leaders in the haute horlogerie watch market. The recognizable Memovox double-crown design and solid-gold execution undoubtedly add to the appeal of this lot.