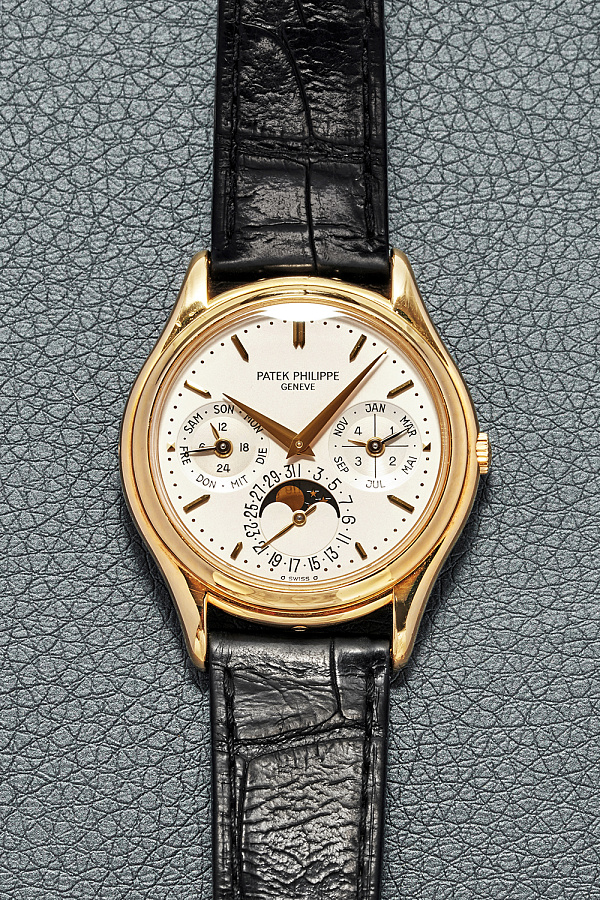 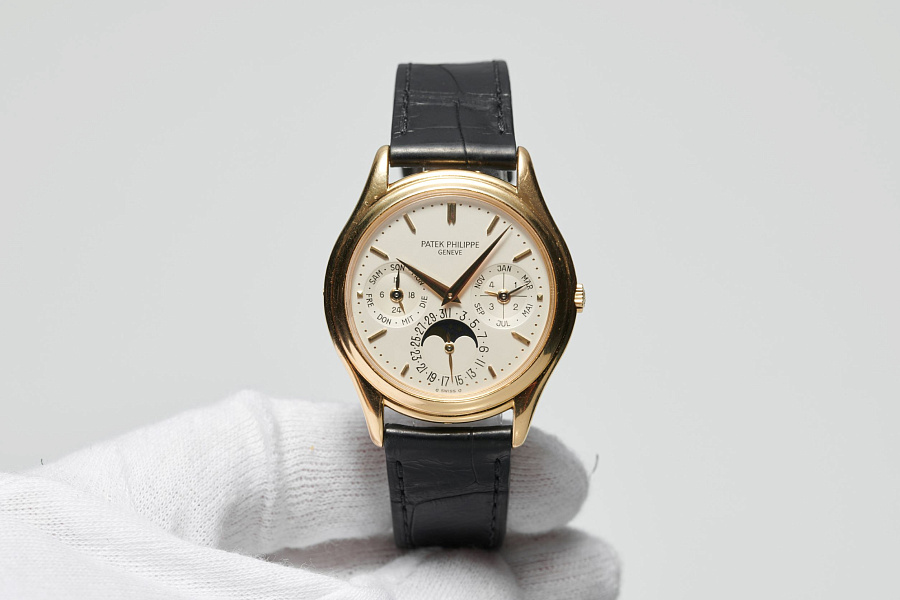 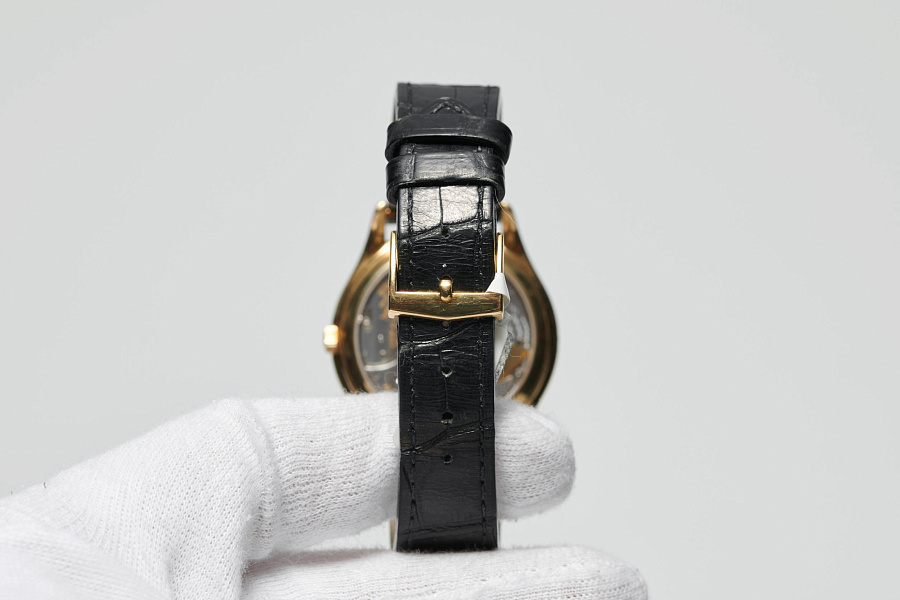 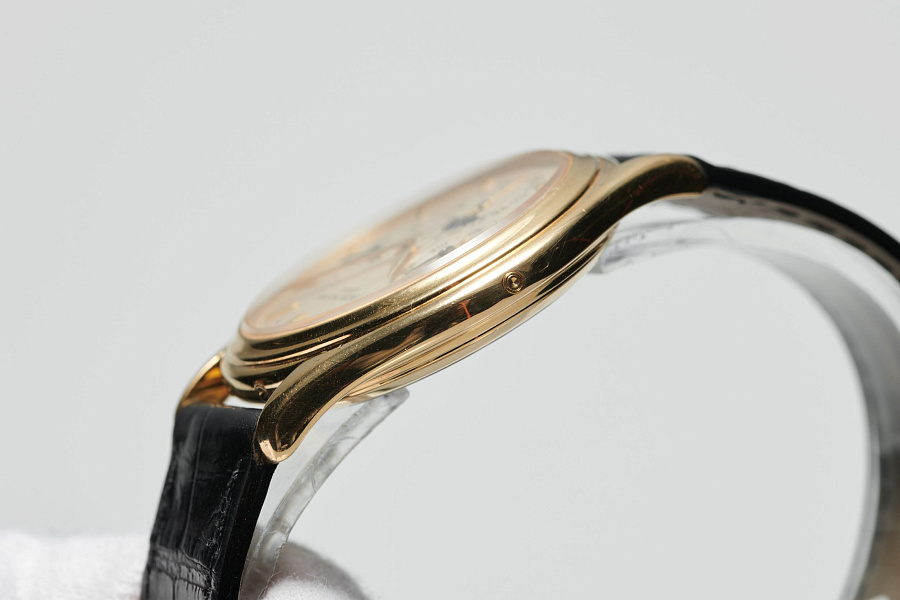 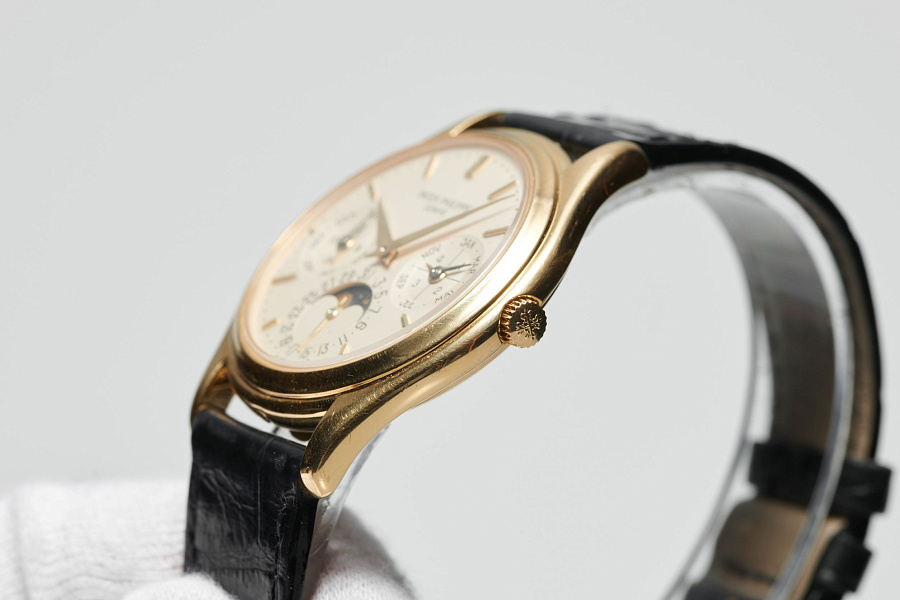 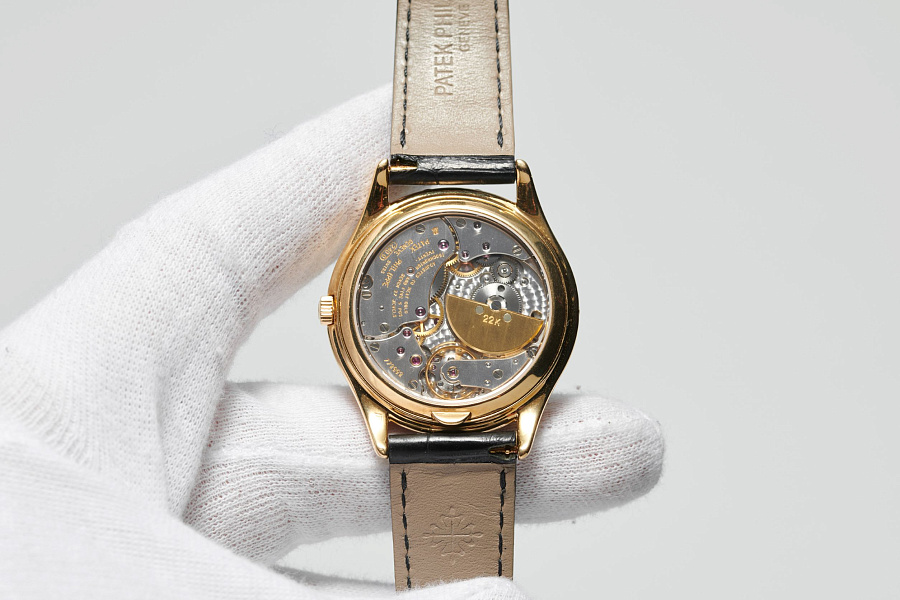 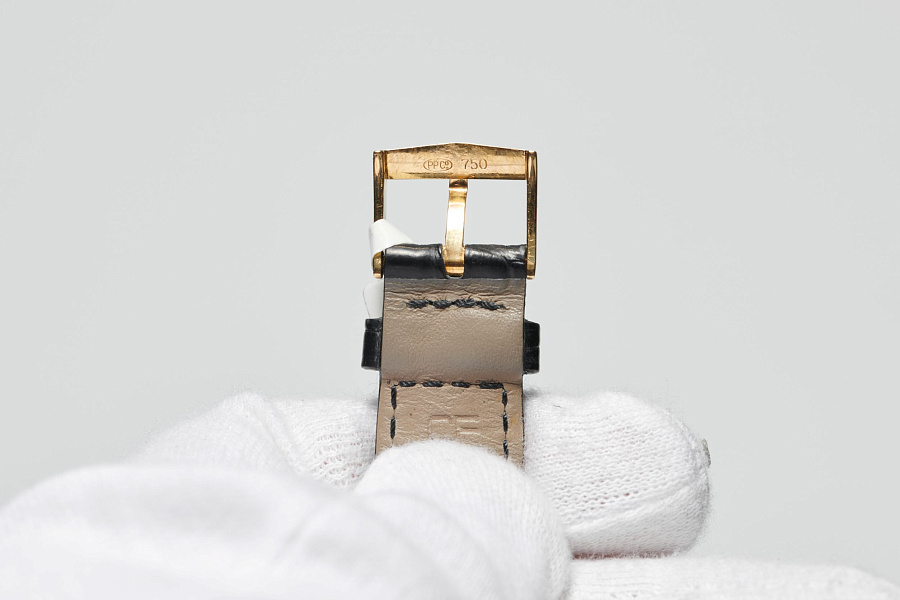 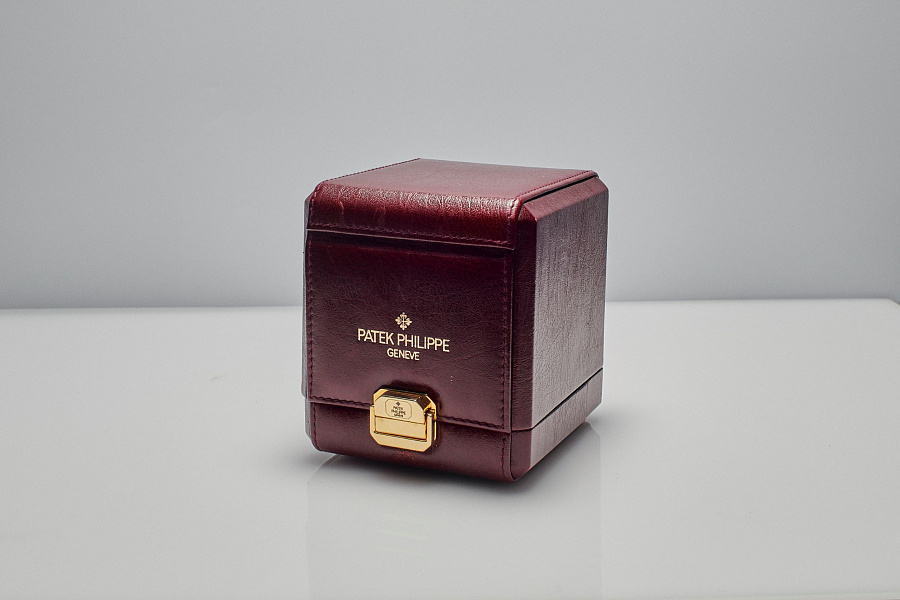 Perpetual Calendar Ref. 3940 is considered among the most elegant and distinguished perpetual calendar timepieces ever made. Launched in 1985 to replace reference 3450, it is one of Patek Philippe’s longest production models. Produced until 2007, it came in three series in gold of three colours – yellow, white and pink – and also in platinum, with very similar dial configurations. This reference is generally divided into three series. The first series was produced from 1985 to 1987 and featured a dial with sunken registers and an absence of cross lines in the leap year sub-dial. The second series, produced in 1987–1995, consists of two periods, early and late. The main attribute of the watches of the second series is the new design of the dial, with sub-dials at 3 and 9 o’clock featuring bevelled edges, on which the days of the week and months are printed. Early second series watches, produced until 1989, have only numerals on the leap year sub-dial, while the late second series models, produced from 1990 to 1995, exhibit a leap year indication that is divided by lines into four quadrants. The present example belongs to the late second series. The third and last Ref. 3940 series, in production from around 1998 until 2007, is distinguished by the ‘sigma’ inscription aligned with the minute markers, while in the watches of the second series the ‘sigma’ inscription is placed lower. Acollectedman.com estimates the total issue of Ref. 3940 of all three series to be approximately 7,000–8,000 in total for the period 1985–2007, of which around 3,500 were produced in the second series, including both the early and late production spans. Ref. 3940 was replaced in 2007 by the reference 5140.

Perpetual Calendar Ref. 3940 is considered among the most elegant and distinguished perpetual calendar timepieces ever made.

The ultra-thin automatic perpetual calendar movement was a notable achievement of Patek Philippe at the time. Production of the ultra-thin self-winding micro-rotor caliber 240 began in 1977. Measuring just 27.6mm across and a slender 2.53mm in height, it was used by the brand as a time-only caliber that lived inside their slim Ref. 3738 Golden Ellipse and some ladies watches. It was one of the thinnest self-winding movements on the market at the time, with the design and high-quality finishing confirmed by the Poinçon de Genève quality hallmark. In 1985, it was used as a base movement in the development of the perpetual-calendar caliber 240 Q (Quantième perpétuel). The addition of a calendar module increased the thickness by only 1.22mm to a final height of 3.75mm, so caliber 240 Q is as slim as possible while still being remarkably complicated. It led to the release of new sophisticated but very elegant watches with a perpetual calendar function – the now legendary ultra-thin self-winding perpetual calendars Ref. 3940 and Ref. 3945/1.

The caliber design of the present example is typical for the second series: a 22-karat gold micro-rotor with a Côtes de Genève ornament, the inscription “22k” in the centre and the absence of an engraved Calatrava cross.

The present Patek Philippe Perpetual Calendar Ref. 3940J Late Second Series would appear to be a fine purchase for the collector looking for a complicated mechanical and self-winding watch of a legendary classic design from a world-famous watch brand, the market leader in haute horlogerie and complicated timepieces, especially in calendar watches. Patek Philippe calendar watches are highly sought after by collectors as they are perceived not only as excellent complicated watches of a famous brand, but also as a remarkable monument to a difficult era for the Swiss watch industry, known as the quartz crisis, when leading Swiss watch brands did not give up in the face of such challenges and undertook the designing of complicated mechanical and self-winding watches. The classical complication, executed with Patek Philippe’s impeccable technical workmanship and exquisite artisanal finishing of the movement parts, the high level of which is confirmed by the presence of the Poinçon de Genève quality hallmark, and special dial execution with a German version of calendar markings, undoubtedly makes this lot very attractive.