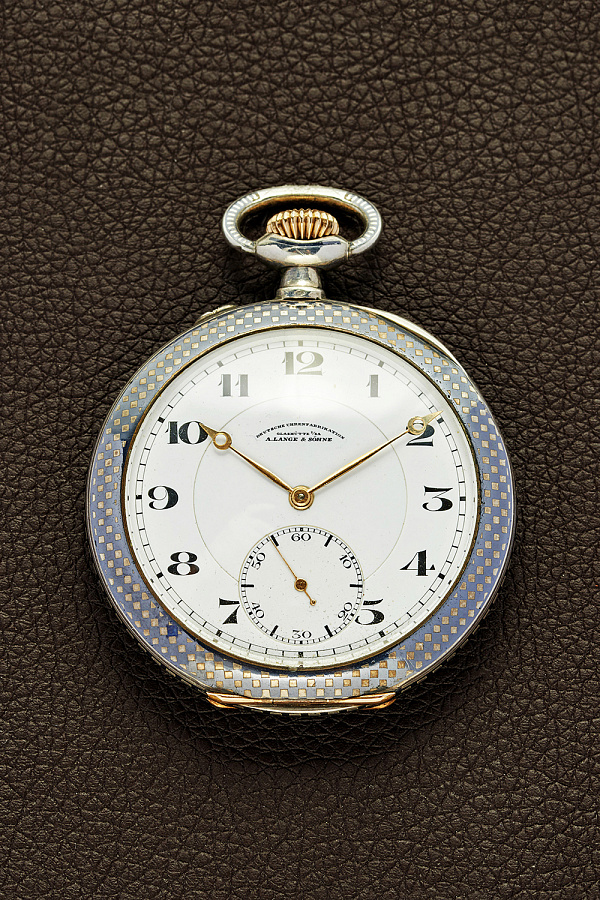 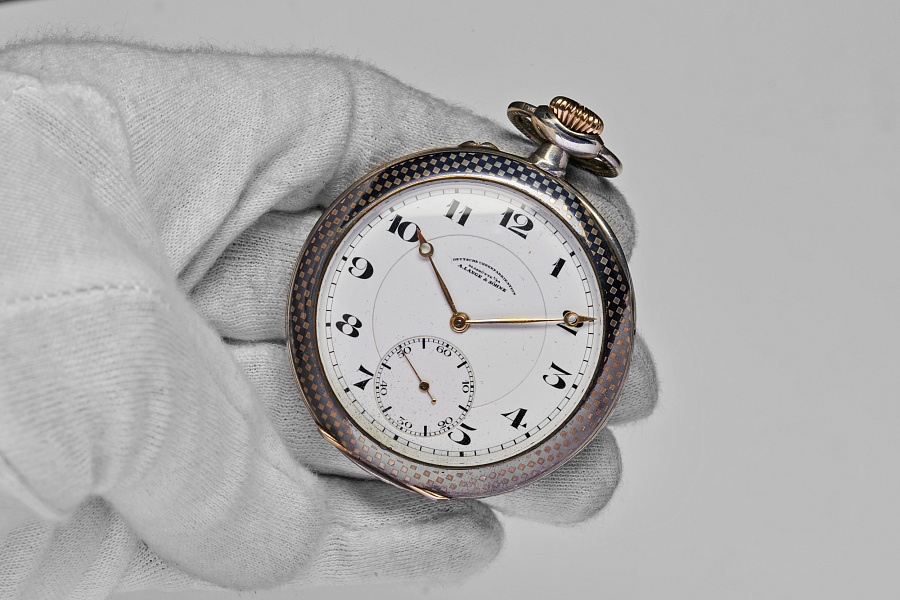 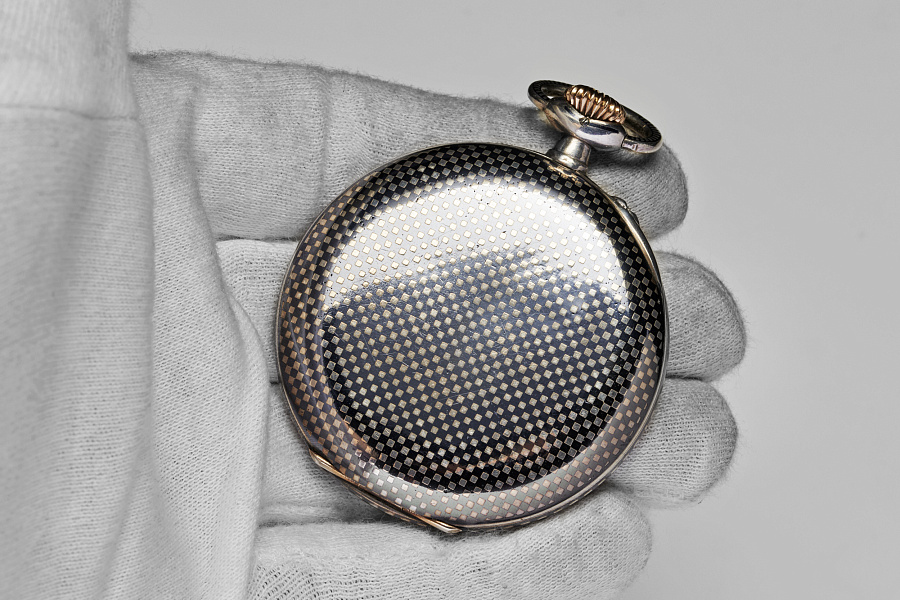 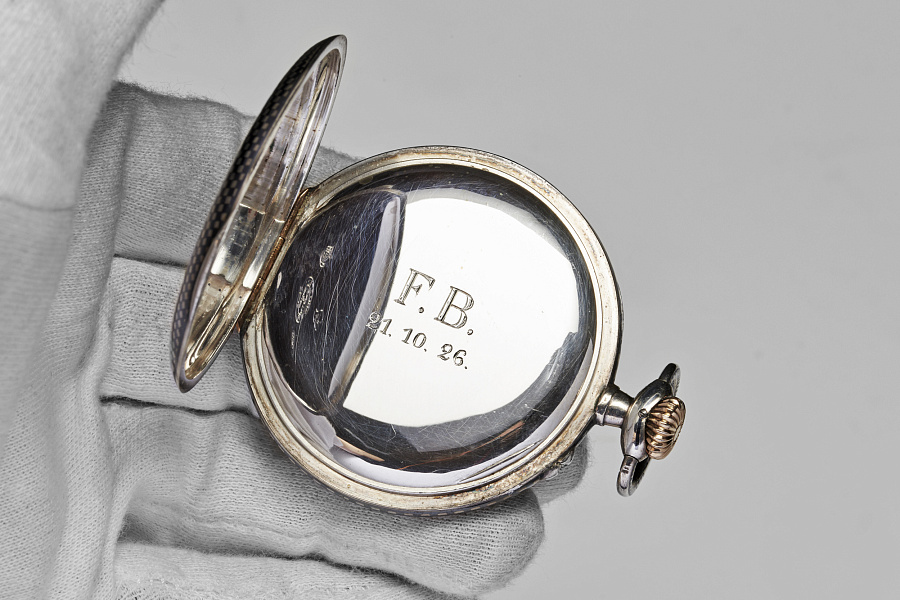 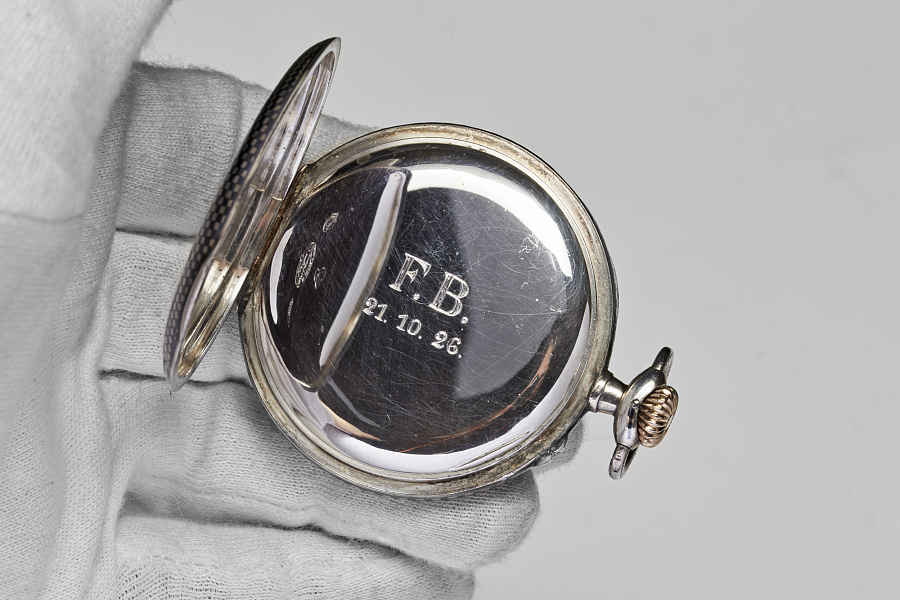 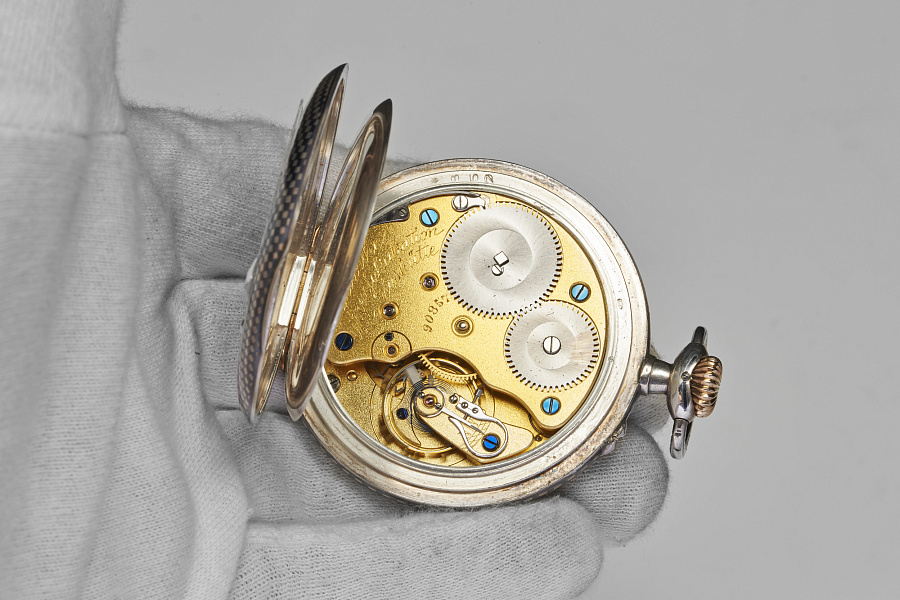 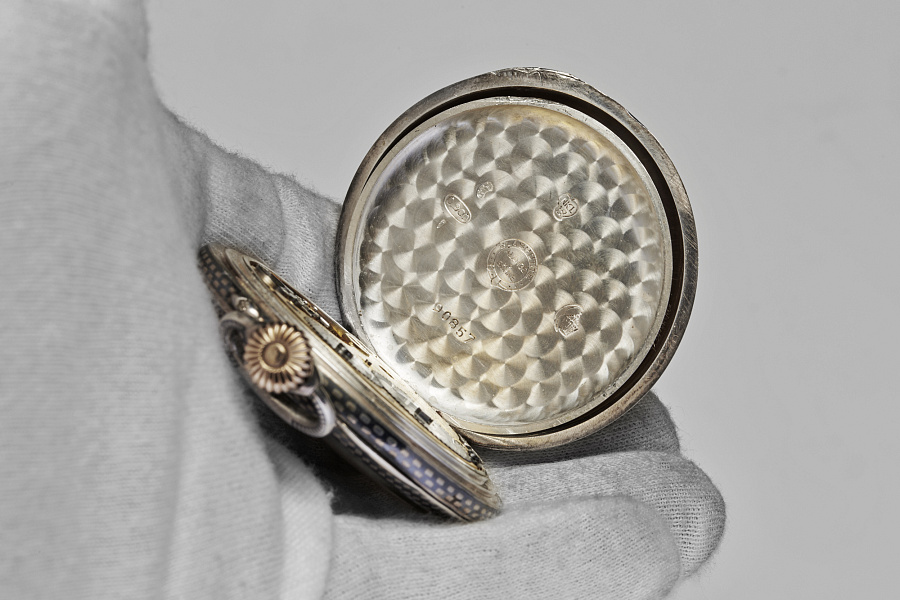 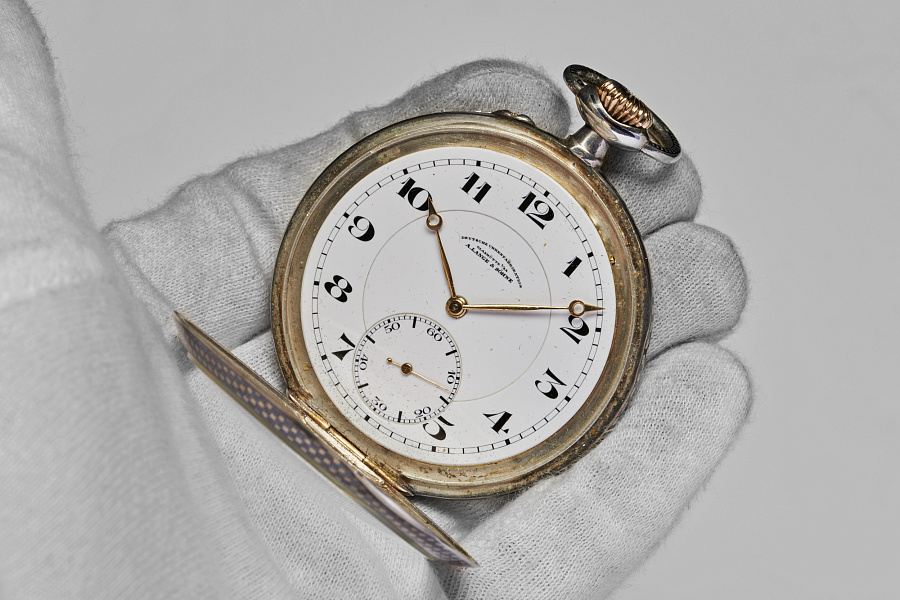 In the 1870s, A. Lange & Söhne began to produce pocket watches of a more affordable price positioning, marked on the dial as “Deutsche Uhrenfabrikation Glashütte I/SA A. Lange & Söhne”, for the German watch brand and wholesaler Dürrstein & Comp.. These are referred to as ‘DUF’ pocket watches and were produced until the 1930s. Dürrstein had exclusive rights to distribute A. Lange & Söhne watches throughout the German Empire and apparently saw the need to expand the range with more affordable models. In terms of execution, ‘DUF’ watches should not be considered cheap. As Reinhard Meis mentions in his book ‘A. Lange & Sohne. The Watchmakers from Dresden’, simplifications mainly affected only a few points of the execution and technical design, including the elimination of the use of screwed gold chatons.

The present example has an attractive and intriguingly unusual design, non-typical for a Lange pocket watch, with a distinct Art-deco style that was just coming into fashion at the time the watch was made.

The 'DUF' watch has a ruby endstone on the balance axis, instead of the diamond endstone typical of the non-DUF Lange collection, and the balance bridge of the ‘DUF’ watch is flat, not decorated with hand engraving. In addition, the caliber was adjusted to three positions, instead of six. Nevertheless, the ‘DUF’ is a solid, high-quality typical pocket watch of Glashütte origin.

The present example has an attractive and intriguingly unusual design, non-typical for a Lange pocket watch, with a distinct Art-deco style that was just coming into fashion at the time the watch was made. The silver openface case, marked by the German ‘Crescent and crown’ silver hallmark, features a chequered design, while the three-part white enamel dial is marked with Arabic numerals. The Breguet hands intelligently complement this laconic design, uncharacteristic for traditional A. Lange & Söhne pocket watches, usually reminiscent of the Baroque style.

The A. Lange & Söhne ‘Deutsche Uhrenfabrikation’ pocket watch would appear to be an excellent purchase for the collector who desires an appealing and very rare pocket watch from a world-famous traditional watch brand, earning a reputation as one of the best pocket watch manufacturers. The present lot features a 3/4-plate caliber – typical for A. Lange & Söhne – embedded with the hallmarks of Lange watchmaking, including the gold-plated frosted finish of the mainplate and bridges, opened winding wheels with double solarisation, blued Breguet spiral, fine-adjustment index with a curved swan-neck spring, and blued screws. The fine finishing and exquisite design will impress the heart of any connoisseur, and A. Lange & Söhne’s reputation in these aspects should be recognised as impeccable.