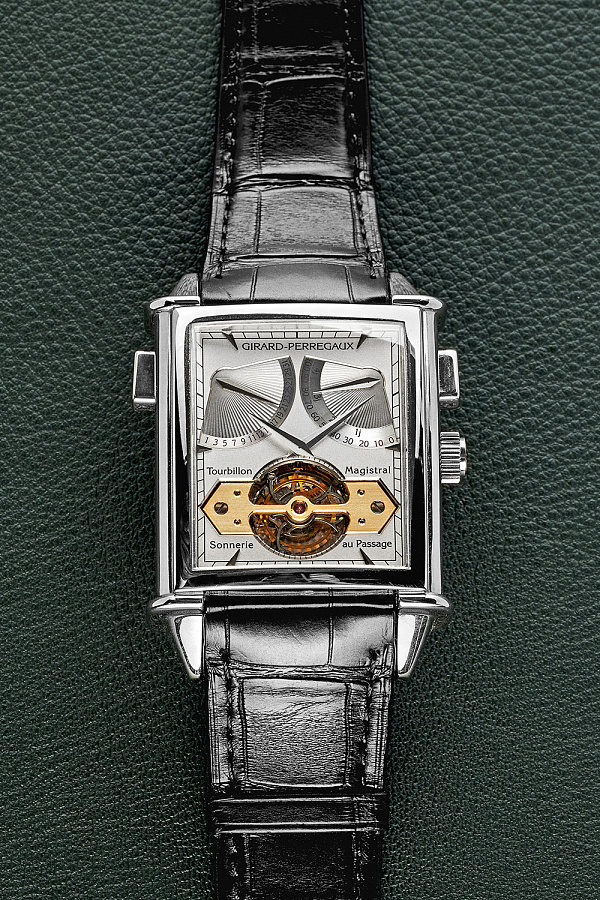 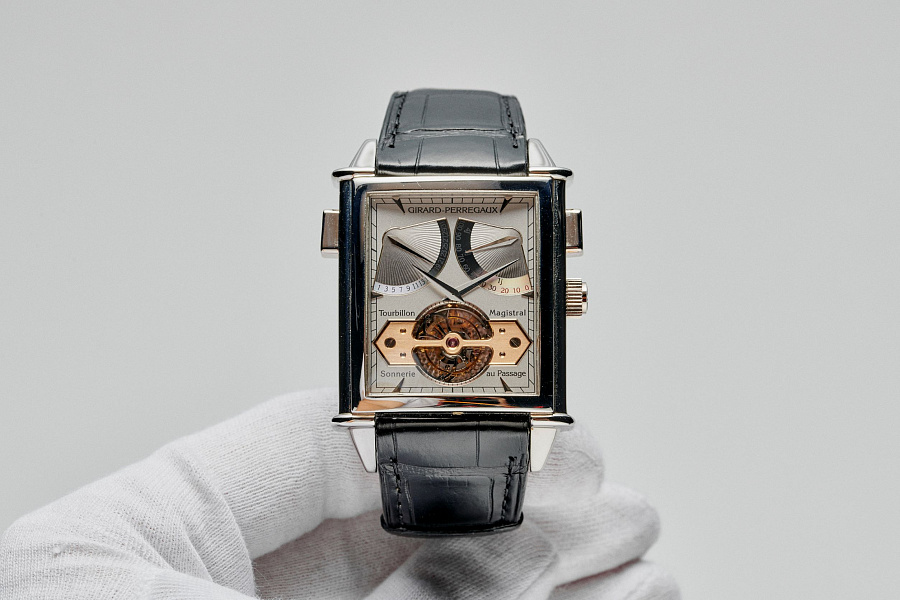 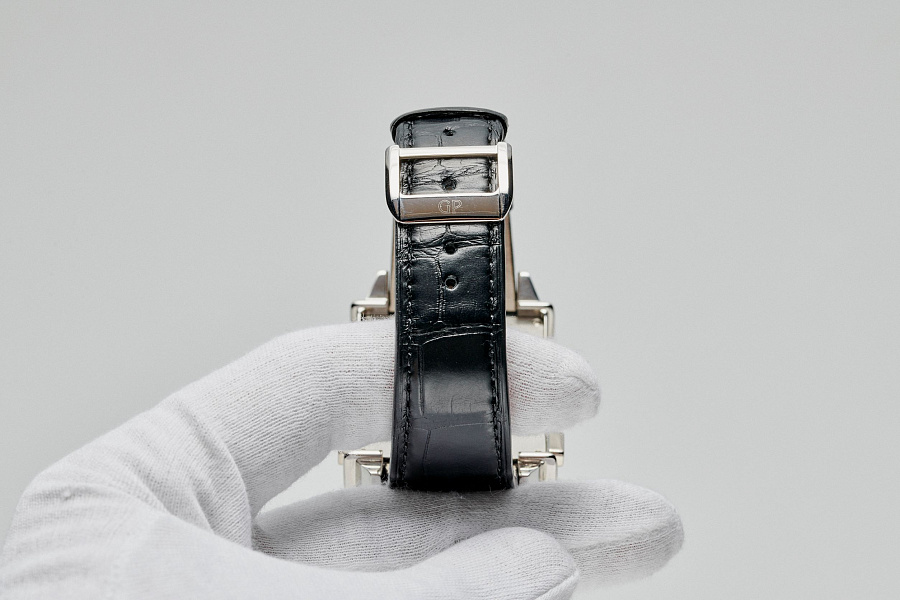 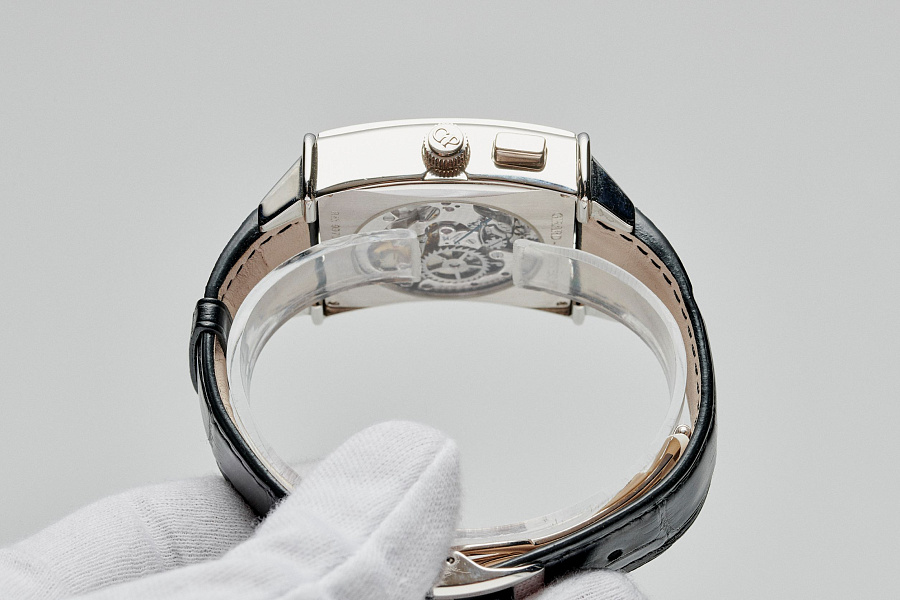 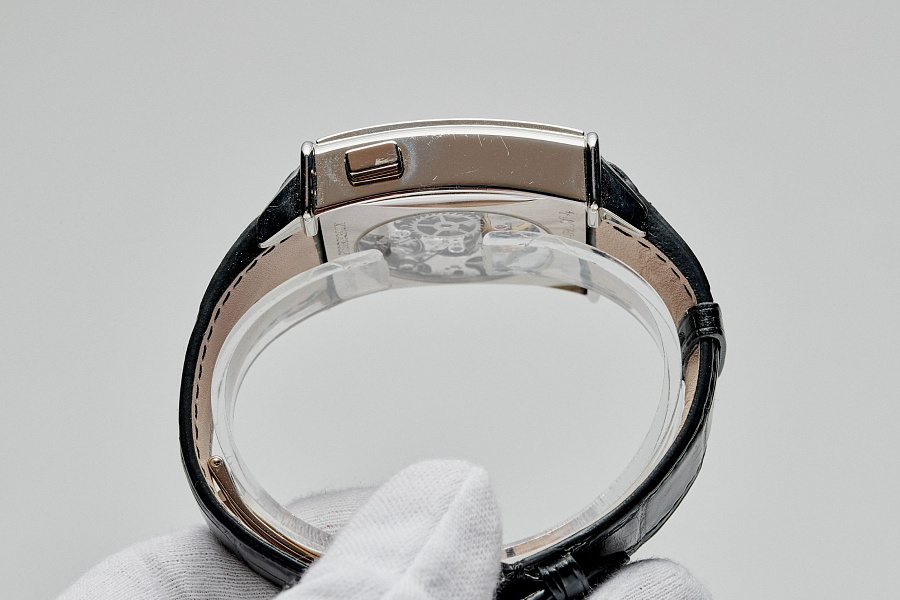 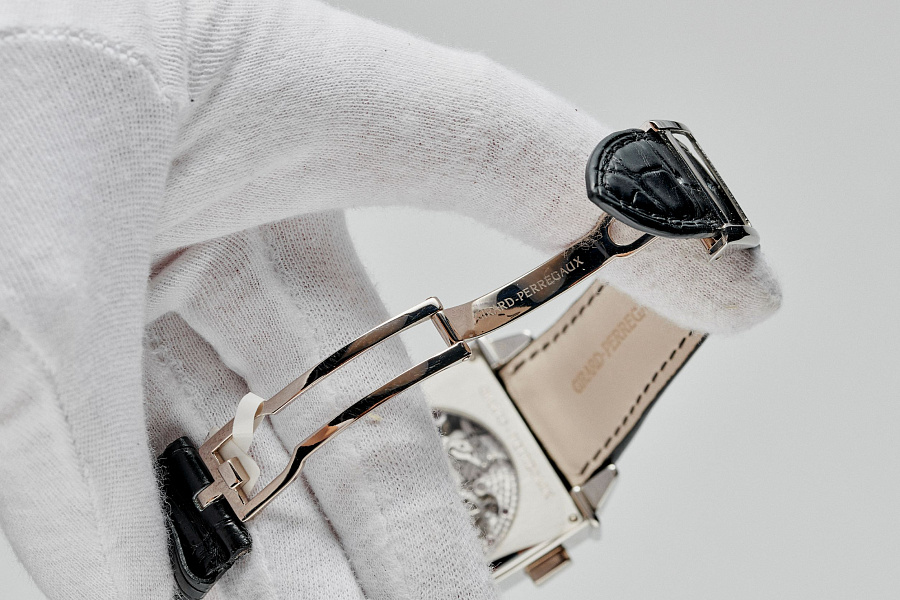 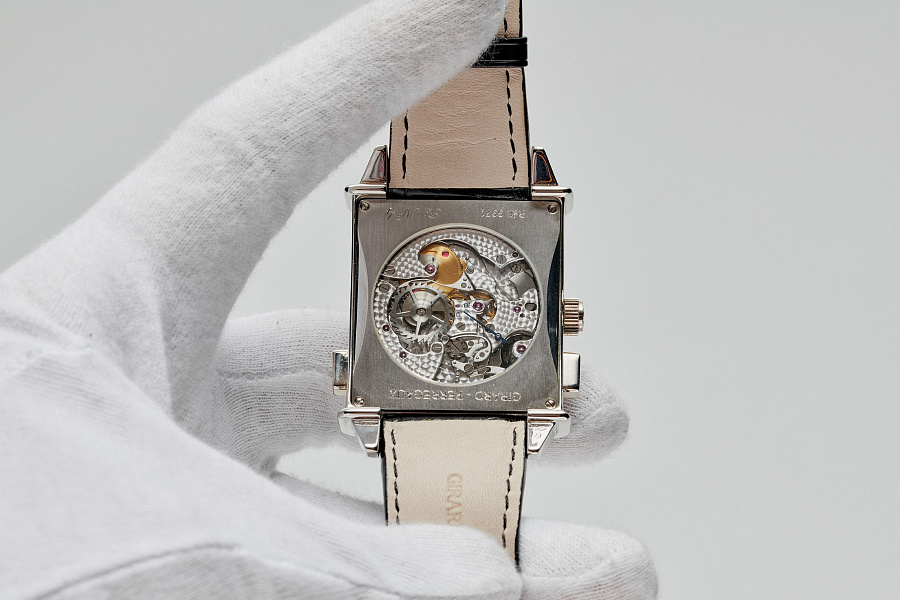 The Tourbillon Magistral is one of the rarest Girard-Perregaux tourbillon wristwatches to hit the secondary market. The reference was presented in March 2003, the first examples is believed to be delivered at the end of the same year. The brand has announced the Tourbillon Magistral would be available in yellow, rose or white gold as well as in platinum, although we observe only the watches in platinum (Ref. 99710-71-131-BA6A; like the present example) or in rose gold (Ref. 99710-52-131-BAEA) The last is supposedly more common, although only a few has surfaced. It is most likely that these references were discontinued in 2007–2008.

Caliber GP09700.3959 of the present reference was developed in collaboration with Christophe Claret, whom the brand has called upon several times, mainly in the development of very complex tourbillon movements. The watchmaking atelier founded by Christophe Claret is a supplier of complications, mainly repeaters, tourbillons and chiming mechanisms, it is as well a manufacturer of watches with additional gaming complications. The tourbillon with a golden bridge of characteristic baroque design, which was registered by Girard-Perregaux as far back as 1884, is complemented in the present Tourbillon Magistral by the hour-striking and on-demand hour-repeating mechanism.

Caliber GP09700.3959 of the present reference was developed in collaboration with Christophe Claret, whom the brand has called upon several times, mainly in the development of very complex tourbillon movements.

There are two buttons on the case that control this mechanism. The button on the right side of the case, above the crown, serves to switch the striking mode. Along with the mode change, the chime on/off indicator hand, which is located on the back of the movement, switches. The mode changeover is controlled by a column wheel, its shape and function are analogous to the column wheel of a chronograph movement. Note that this technical solution is typical for Christophe Claret. The button on the left side of the case starts the hour repeater. A power reserve indicator is said to be of the Breguet type, which is based on the principle of a conical differential system attached to the barrel.

A particular feature of the Girard-Perregaux tourbillon calibers, including the present example, is the reverse hand-setting. This is manifested by the setting of the hour hand above the minute hand (in mechanical watches, this is usually the other way around). Another consequence of this design of the movement is revealed in the finishing style of the bridges of the caliber GP09700.3959 on the back side. There we find perlage finish, which at first glance contradicts tradition, however, in the classical scheme, these bridges of the sounding movement should have been under the dial.

The caliber features traditional finishes with perlage on the flat surfaces of the bridges, polished bevels, polished jewel recesses, circular brishing, straight grinding and flat polishing of the steel parts. The tourbillon carriage is of the traditional Girard-Perregaux design, originally designed by Ernest Guinand, an important 19th century master watchmaker from Le Locle and tourbillon specialist who, in particular, made tourbillons for Girard-Perregaux. The signature golden bridge is decorated using straight grinding for flat surface and soft polishing for wide uniform bevels, including recesses for pins and screws. The steel upper bridge of the tourbillon carriage has a notable high-end finish with polishing, chamfering and extremely time-consuming meticulous finishing of sharp inner corners, which undoubtedly greatly enhances the collector’s appreciation of this timepiece.

The Girard-Perregaux Vintage 1945 XXL Tourbillon Magistral Platinum Ref. 99710-71-131-BA6A is undoubtedly an attractive collectible item as it is discontinued and features a unique set of complications, as well as high-end workmanship and a noticeable and memorable appearance. Therefore, the present lot would appear to be an extremely attractive purchase for the collector, offering the opportunity to obtain an extremely rare, fine and impressive platinum hour-striking and repeating tourbillon wristwatch with a rare hour-striking and hour-repeating complications from a world-famous traditional watch brand, one of the undoubted leaders in the haute horlogerie watch market. This watch is an impressive showpiece of Girard-Perregaux craftsmanship, able to create its most famous iconic design in a wristwatch and its movement with a fine tourbillon of traditional haute horlogerie design, top-of-the-range finishing and signature gold bridge – a design which is still without comparison.