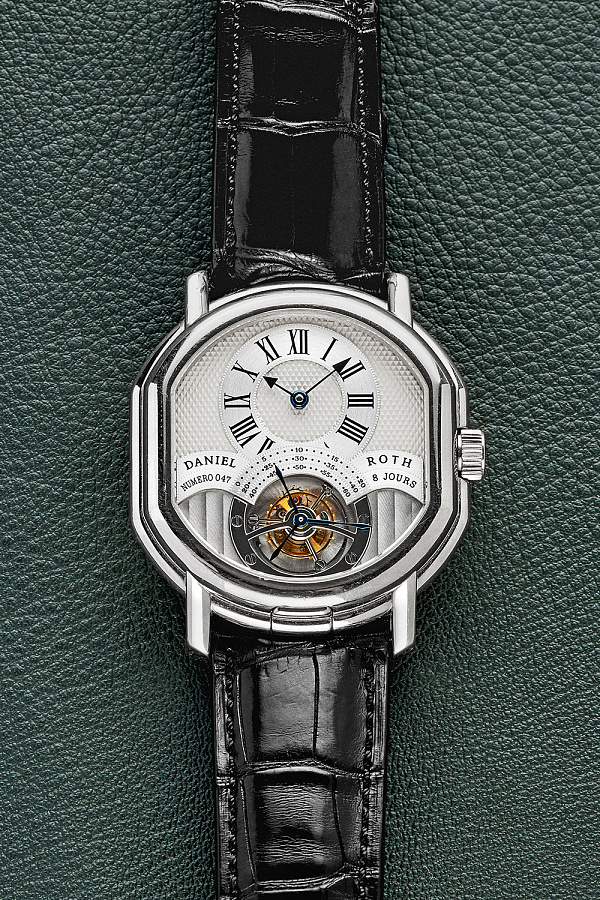 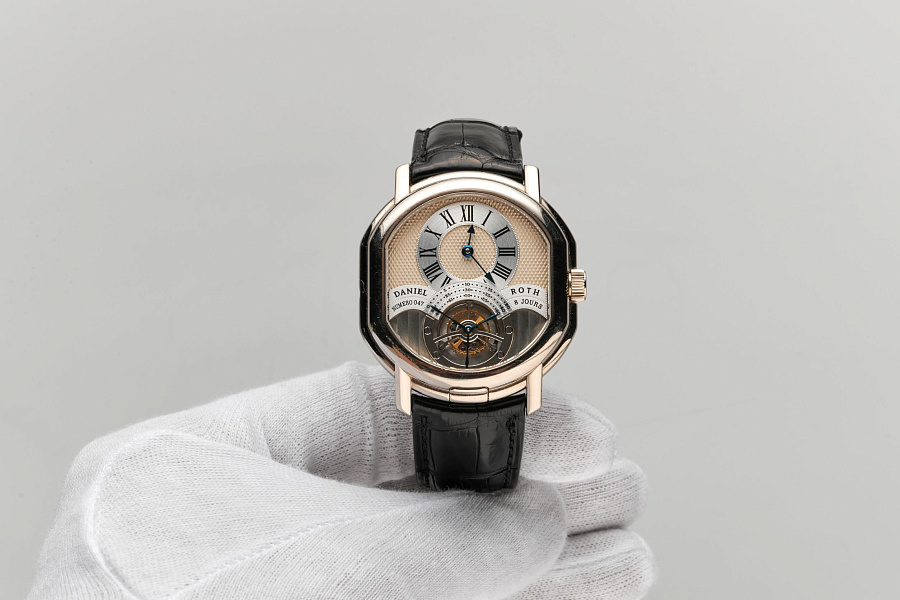 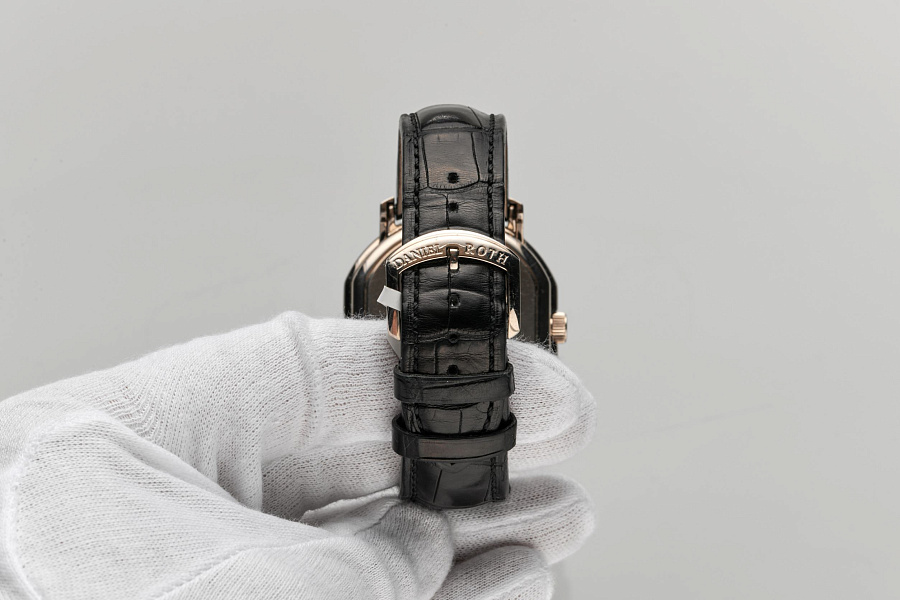 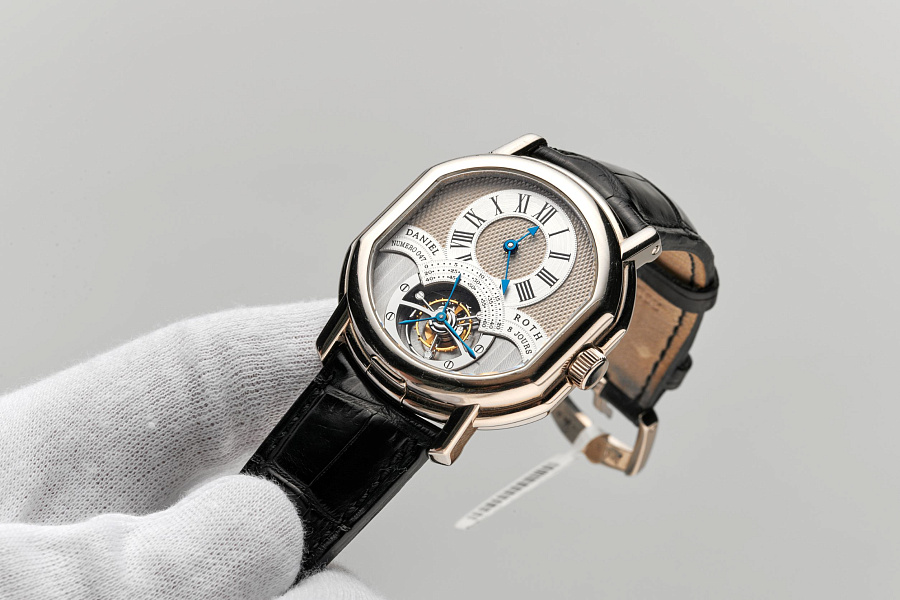 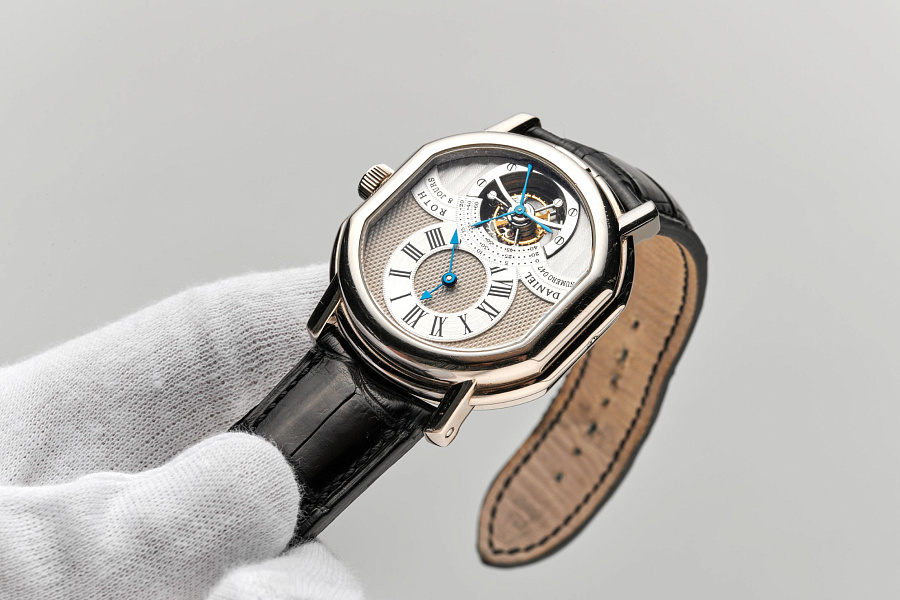 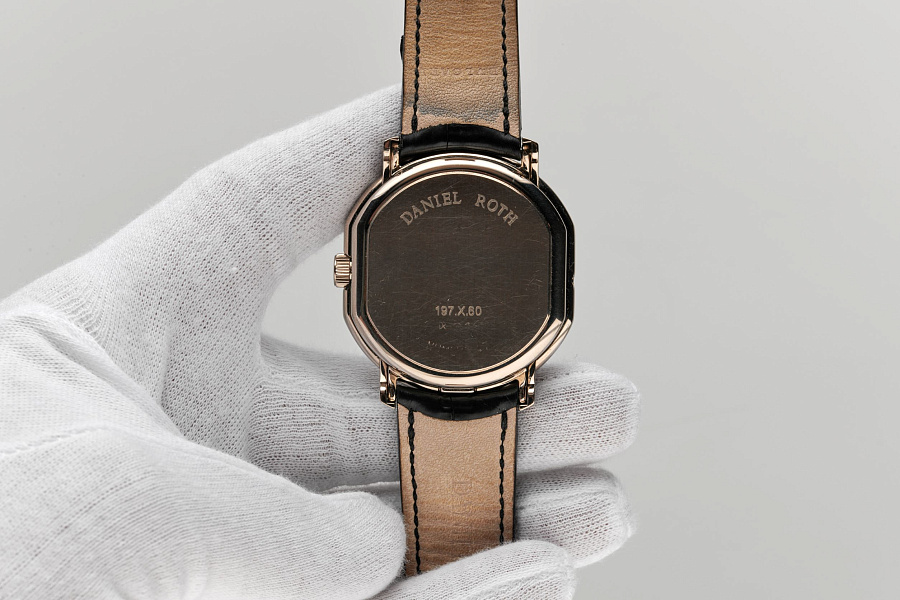 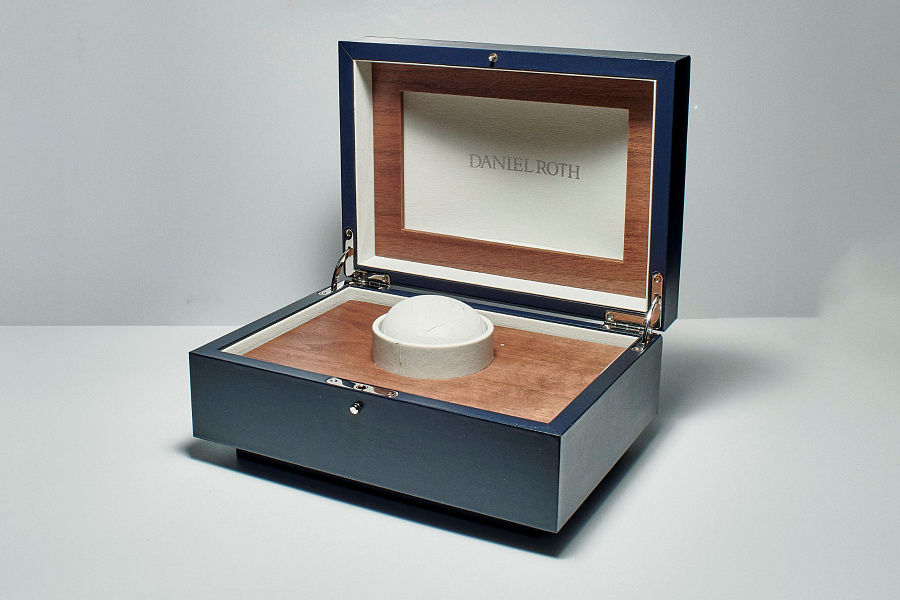 Daniel Roth, considered to be one of the most important modern watchmakers, has been hailed a visionary of high-end complicated mechanical watchmaking. In 1989, he founded his own brand after fifteen years as the leading watchmaker at Breguet, where he recreated the classic Breguet style and developed some iconic watches, including tourbillon, chronograph, and perpetual calendar pieces, as well as the charismatic Ref. 3130, inspired by Breguet’s pocket watch No. 5 of 1794. For his own brand, Daniel Roth developed a unique style, a kind of late-20th century Breguet with a double ellipse-shaped Ellipsocurvex case design (instantly recognisable amongst watch connoisseurs), guilloché dials and blued steel arrow hands. Among Daniel Roth’s masterpieces, the tourbillons and perpetual calendars are probably the most memorable and desirable. In 1994, looking for opportunities to develop the brand further, he sold the business to the Singaporean Hour Glass luxury retailer, and finally left it after it was again sold to Bulgari in 2000. Nevertheless, his approach to complicated watchmaking and inimitable style were still preserved in the Daniel Roth collection under Bulgari’s supervision until 2010, when the production of collections with the Daniel Roth brand name ceased to continue.

This double-faced tourbillon watch was one of the pillars of the brand from its launch in 1989. Daniel Roth designed his first double-faced tourbillon in 1988 on the basis of the Nouvelle Lémania ebauche, developed earlier with his active participation, when he was a leading watchmaker at Breguet. Ref. 197.X.60 was launched in 2002, while the caliber DR720 was developed in-house and has an impressive 8-day power reserve due to its use of a double barrel. The watches were produced in a variety of designs, including white gold, rose gold, and platinum.

The dial of the present lot is typical for references of the first generation with an 8-day winding, very close to the original double-faced tourbillons, launched by Daniel Roth in 1989. The sophisticated structure with a cream-coloured guilloché base plate, traditional Daniel Roth applied scales in silver with markers printed in black, and opened tourbillon and mainplate with fine Côtes de Genève are the brand’s heritage, one of its most recognisable and memorable designs.

The Daniel Roth Tourbillon Double Face 8-Days Power Reserve Ref. 197.X.60 would be a fine purchase for the collector thanks to its unique design and excellent and elaborate hand finishing of the unusual double-faced case with a hinged caseback, of the dials, and of the movement. It is a complicated mechanical watch, one of the iconic timepieces of modern haute horlogerie. Connoisseurs of fine watchmaking will be attracted by the rare combination of tourbillon, extended power reserve and double-faced design, which requires great skill and experience of the watchmaker who assembles the watch. Its stand-out design is sure to move a person who strives to show independence in creating their own style.