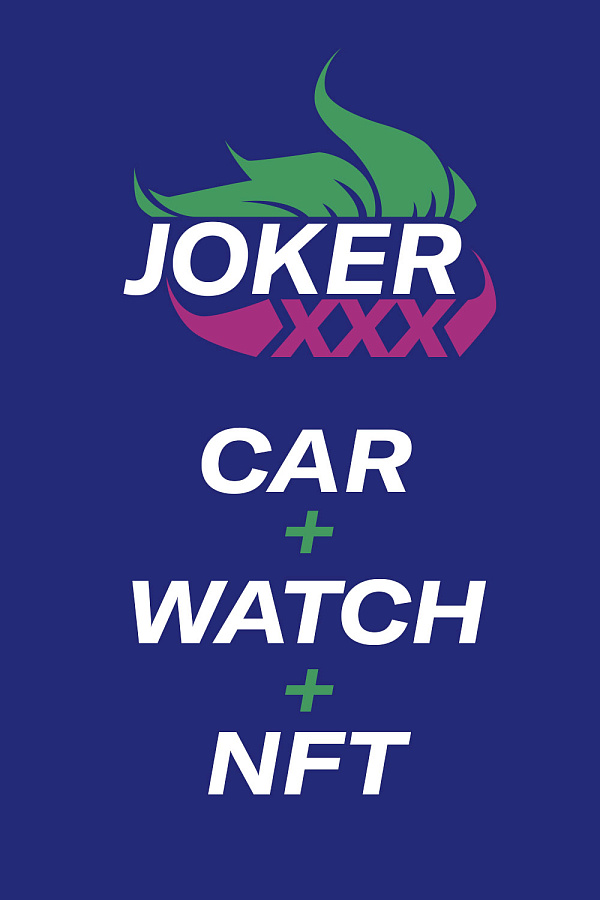 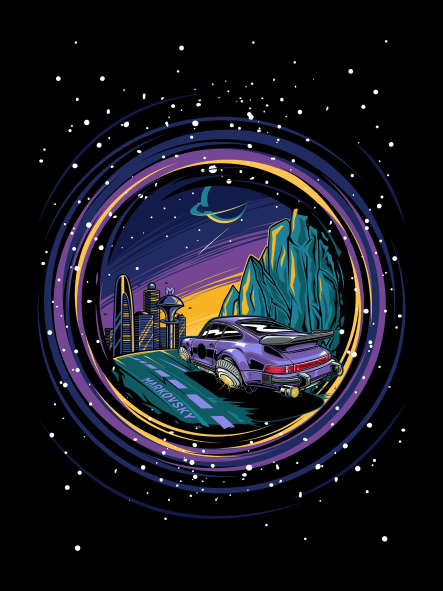 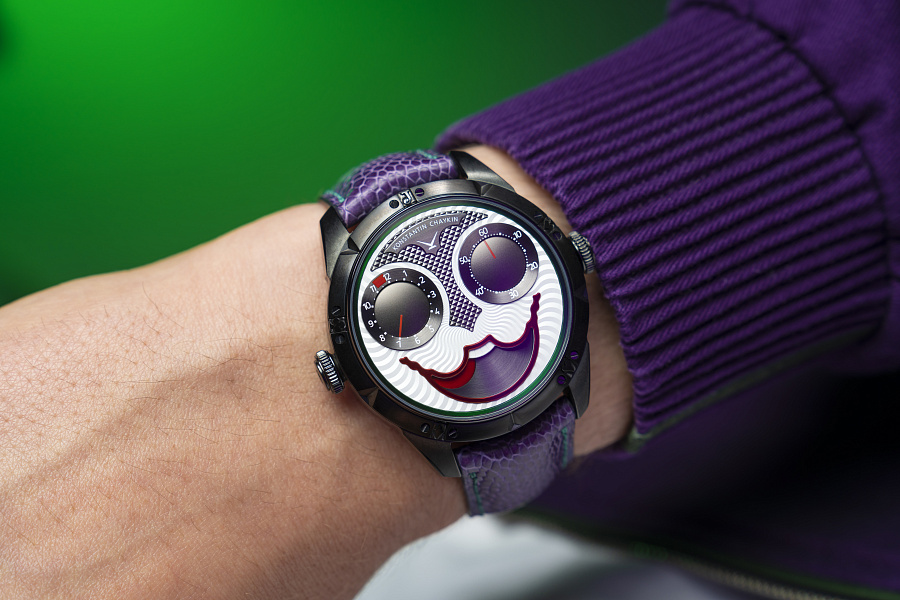 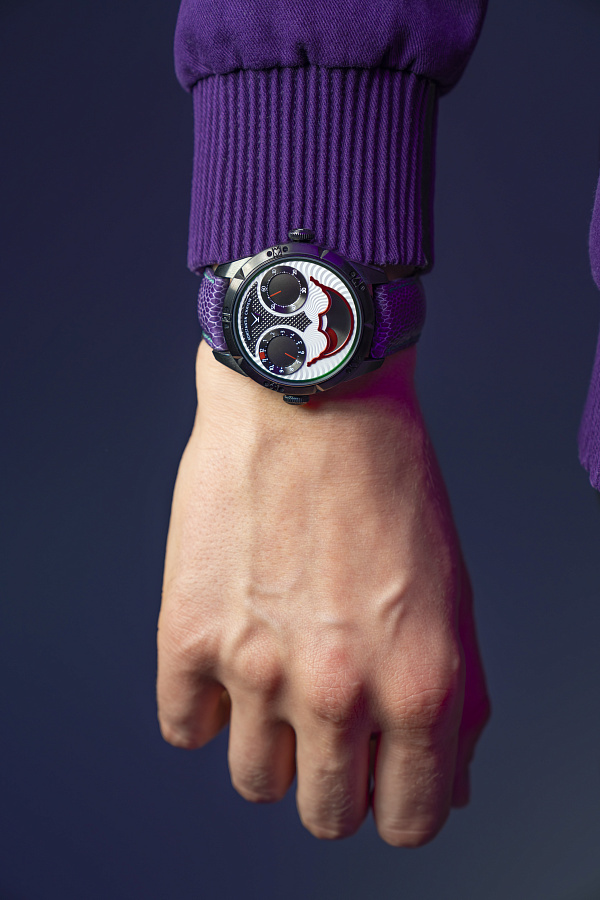 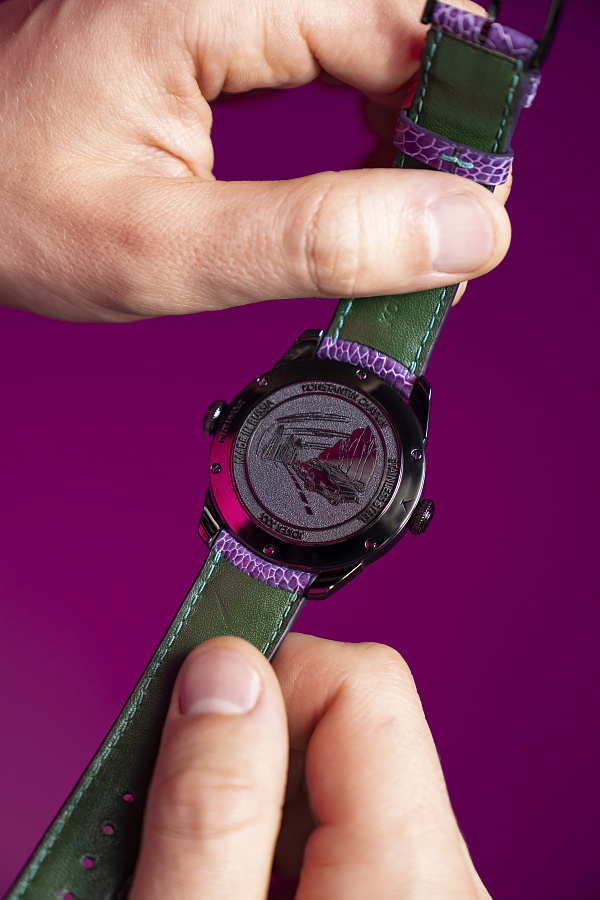 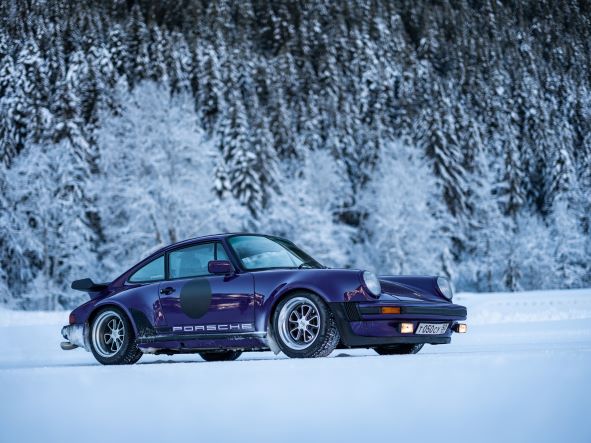 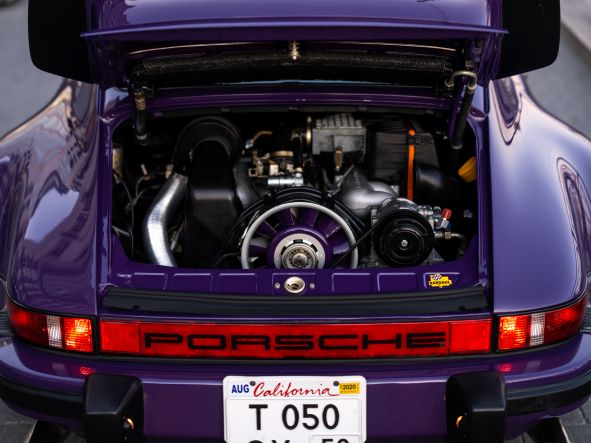 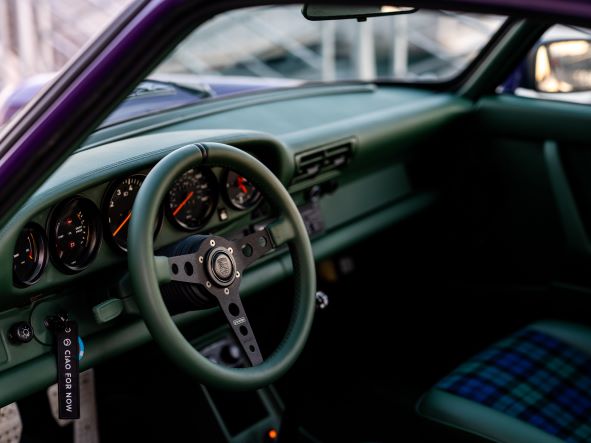 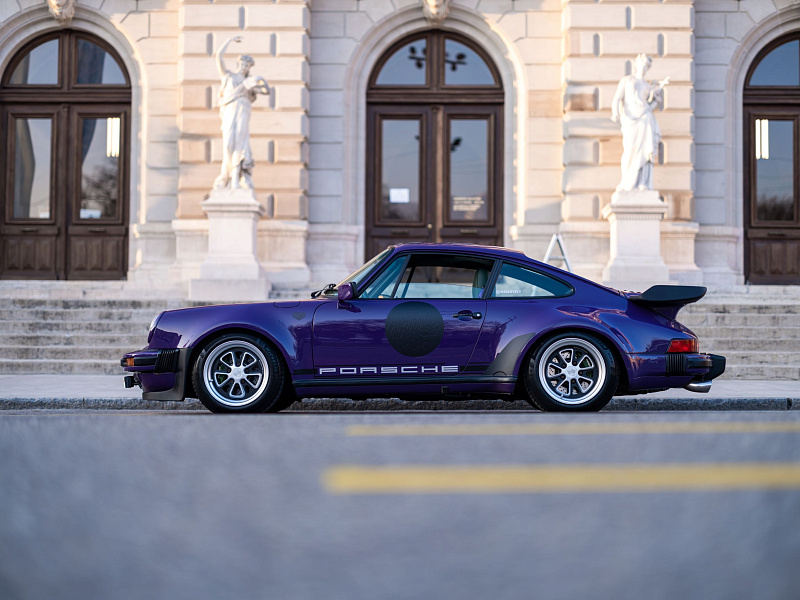 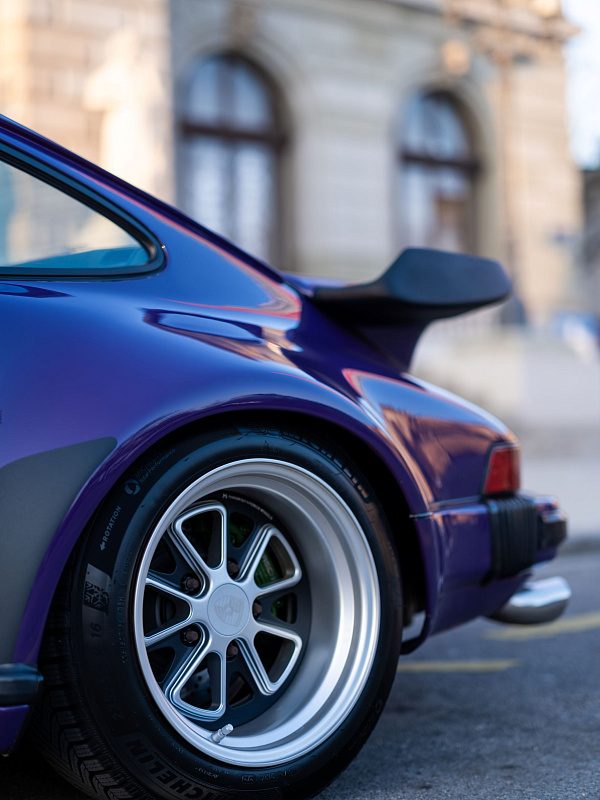 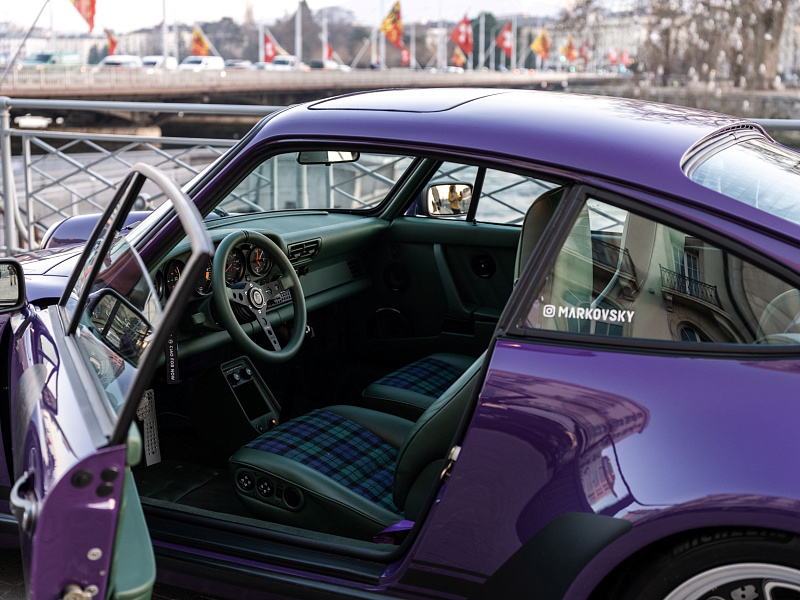 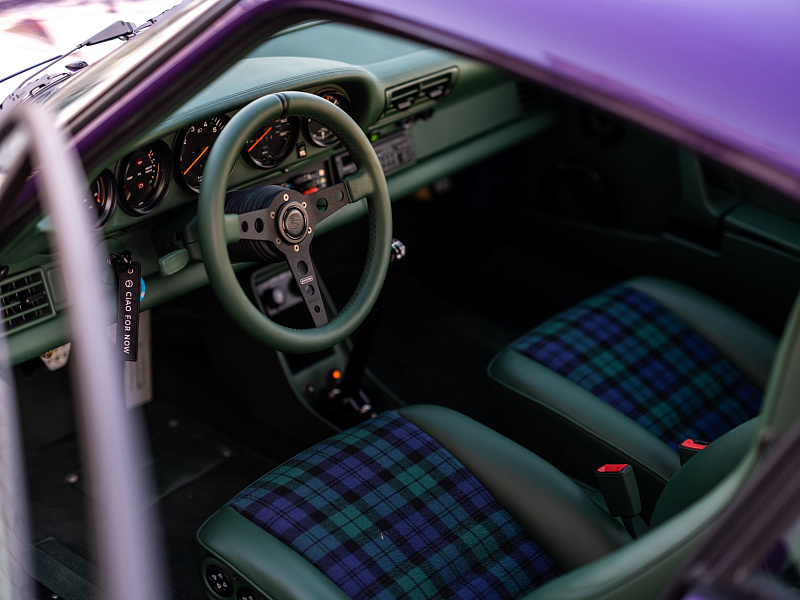 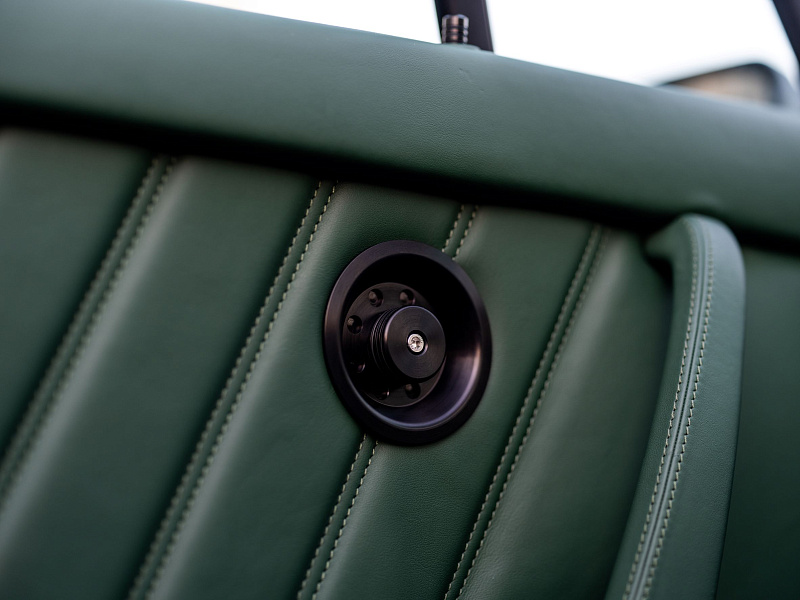 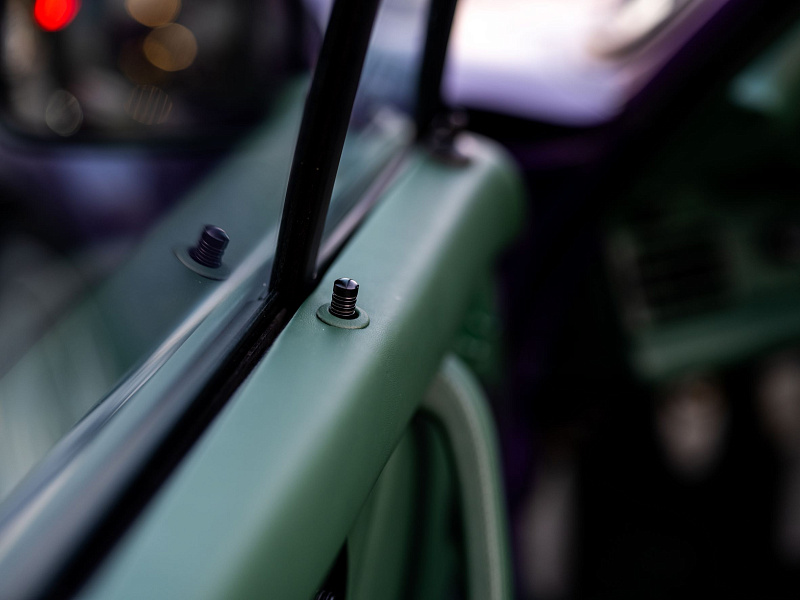 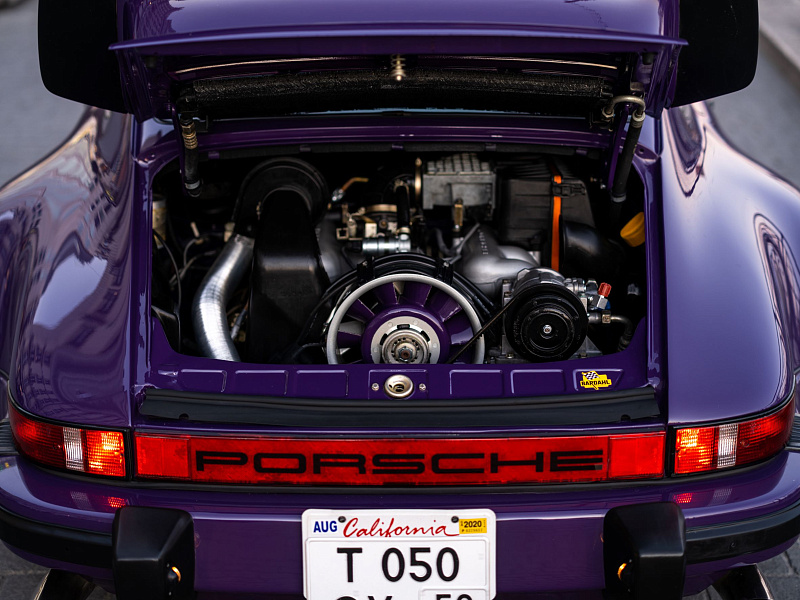 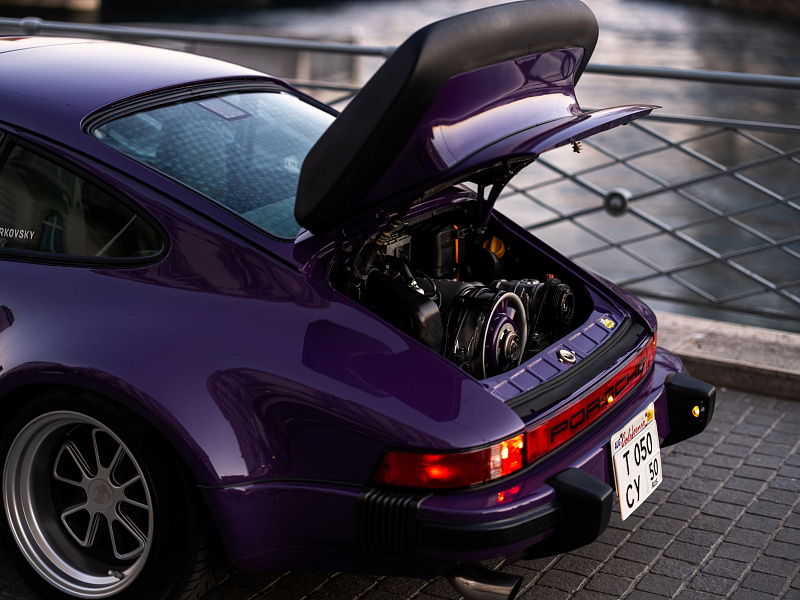 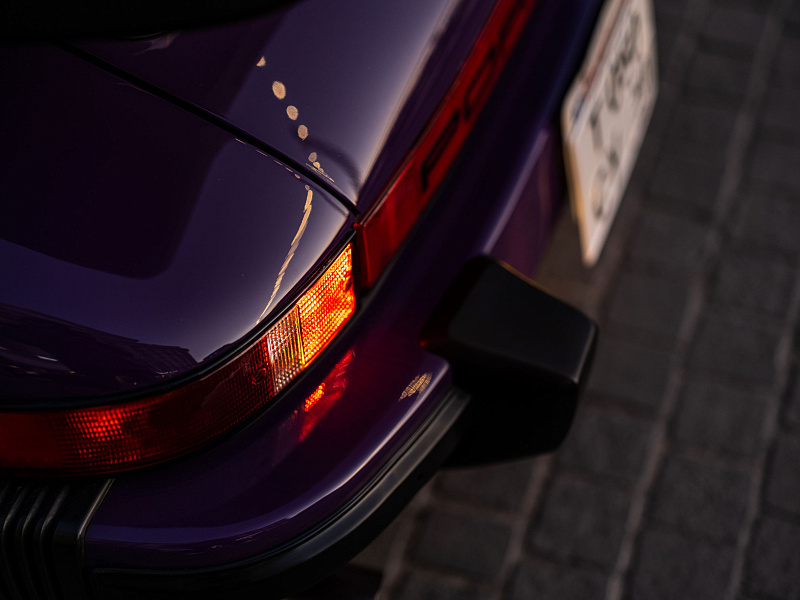 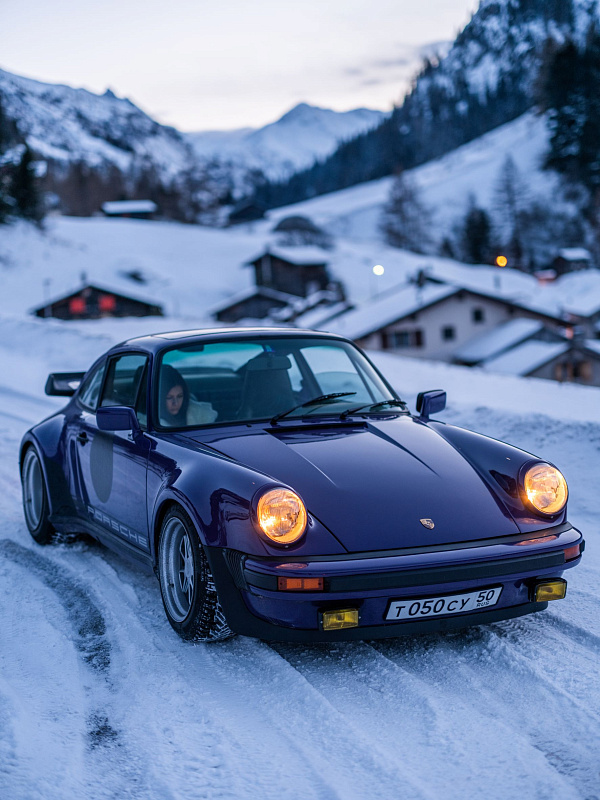 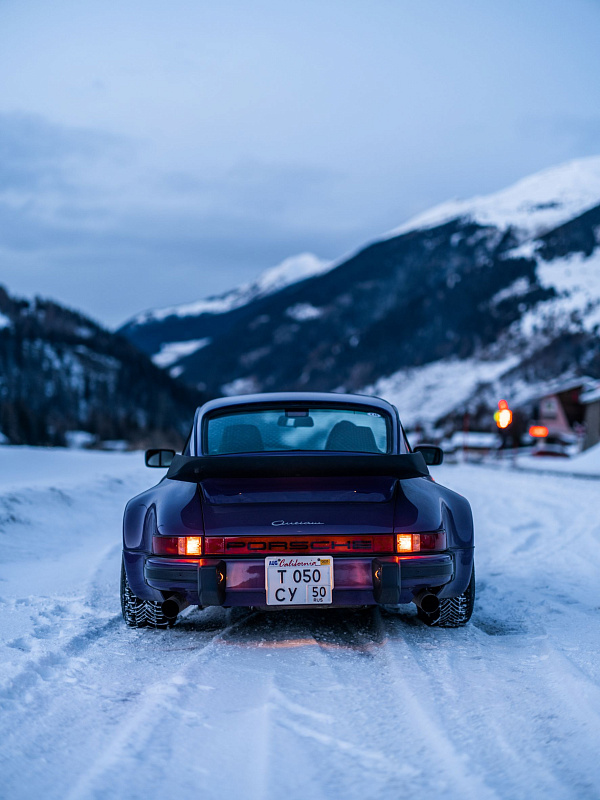 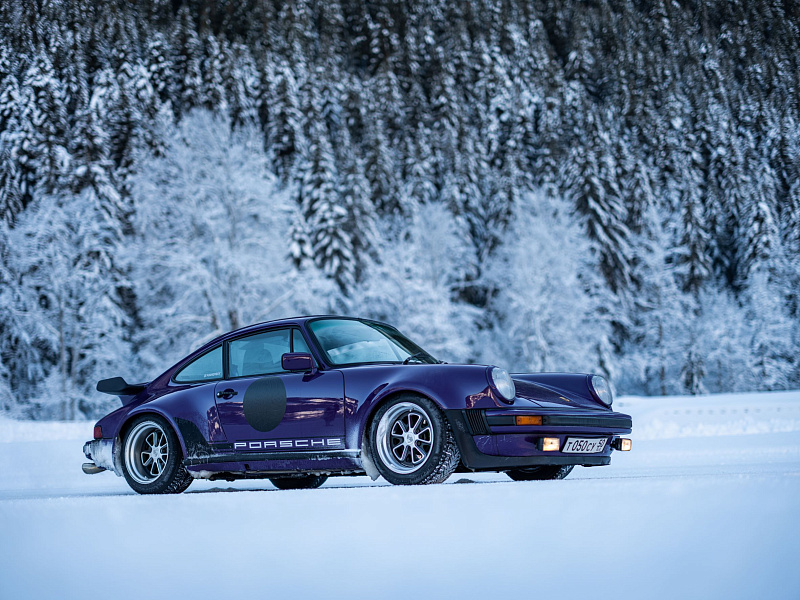 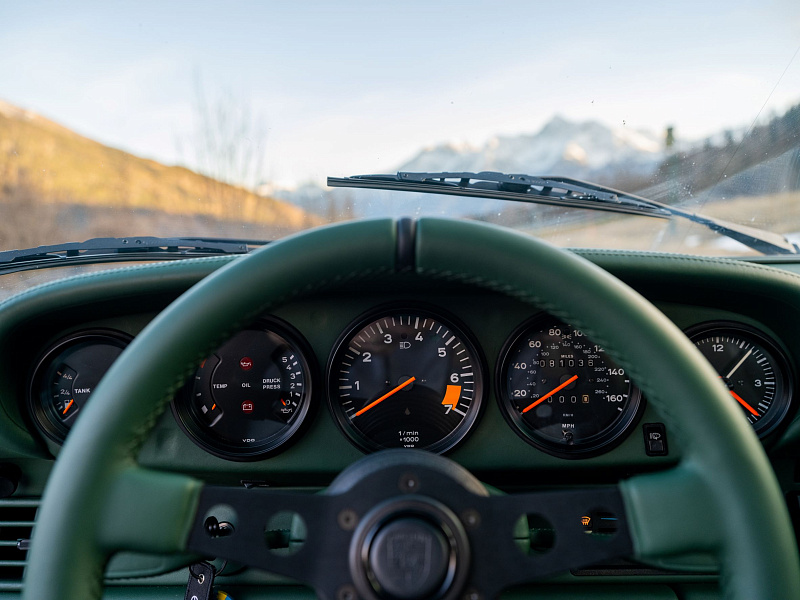 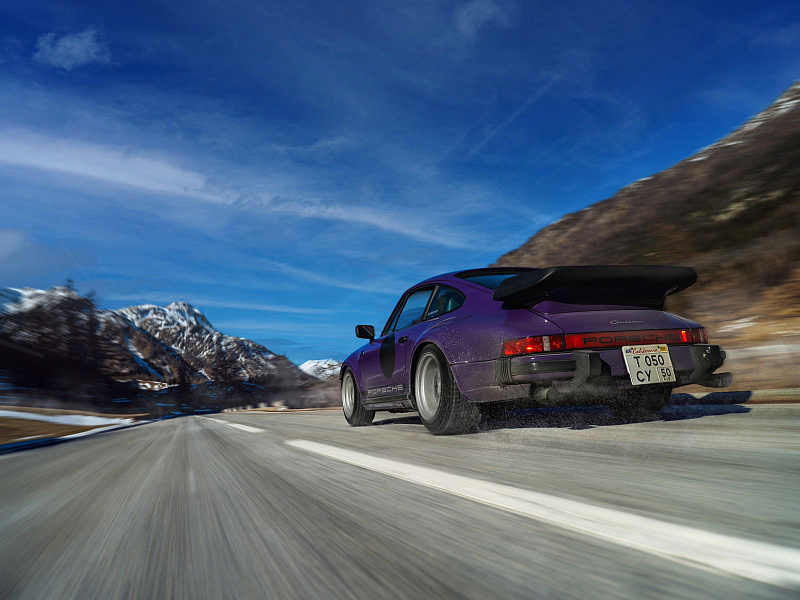 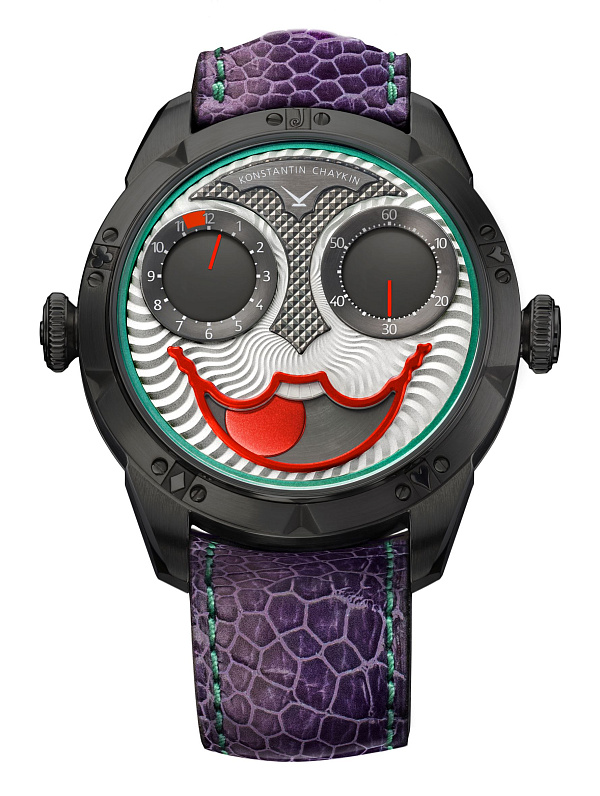 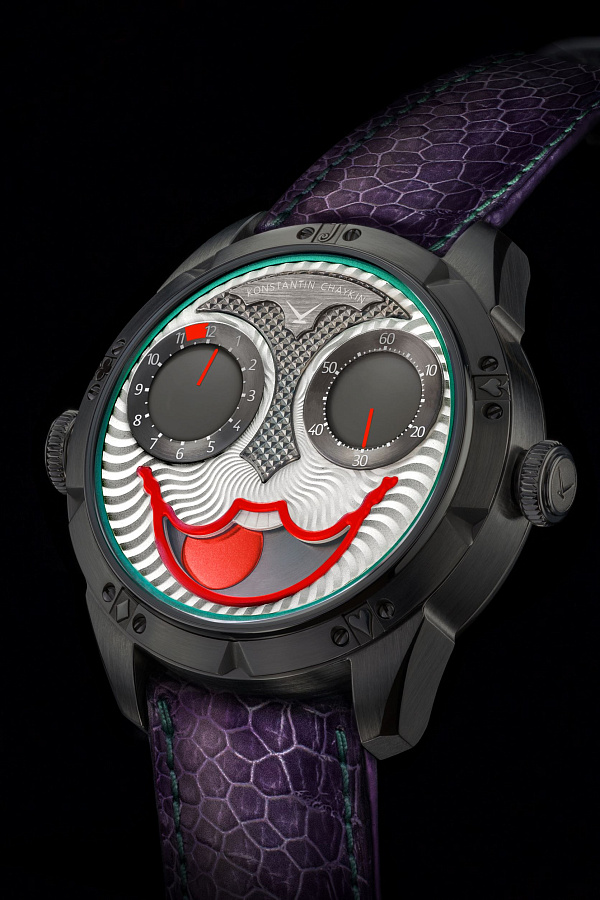 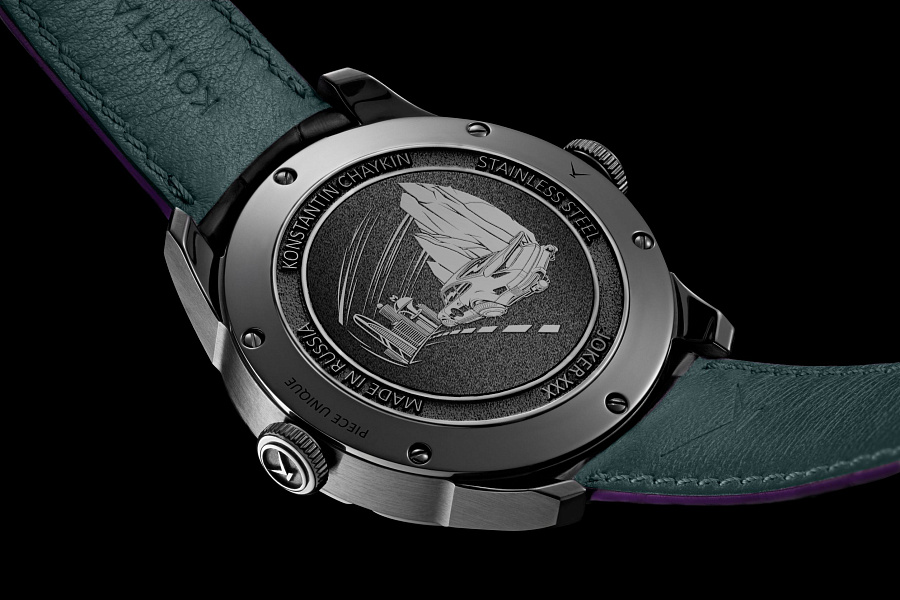 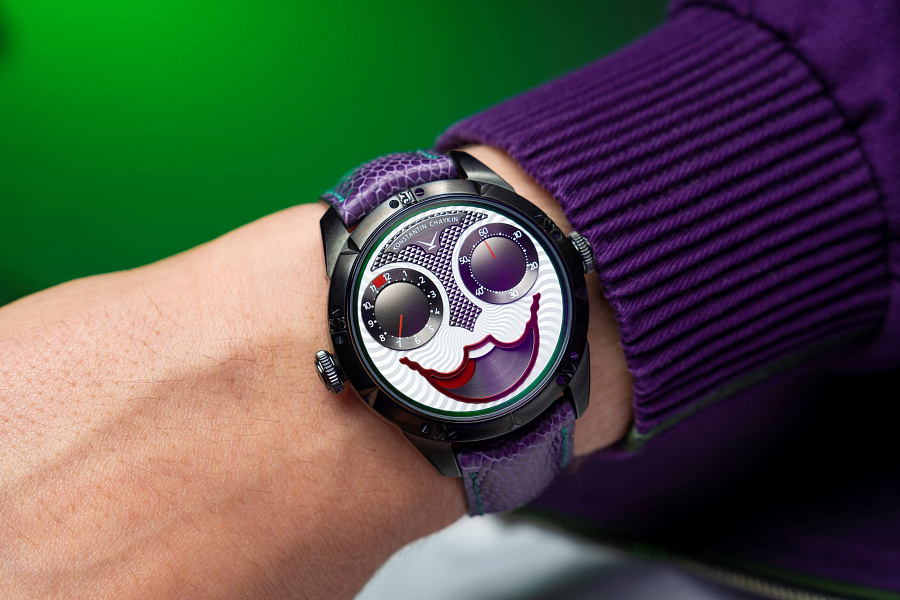 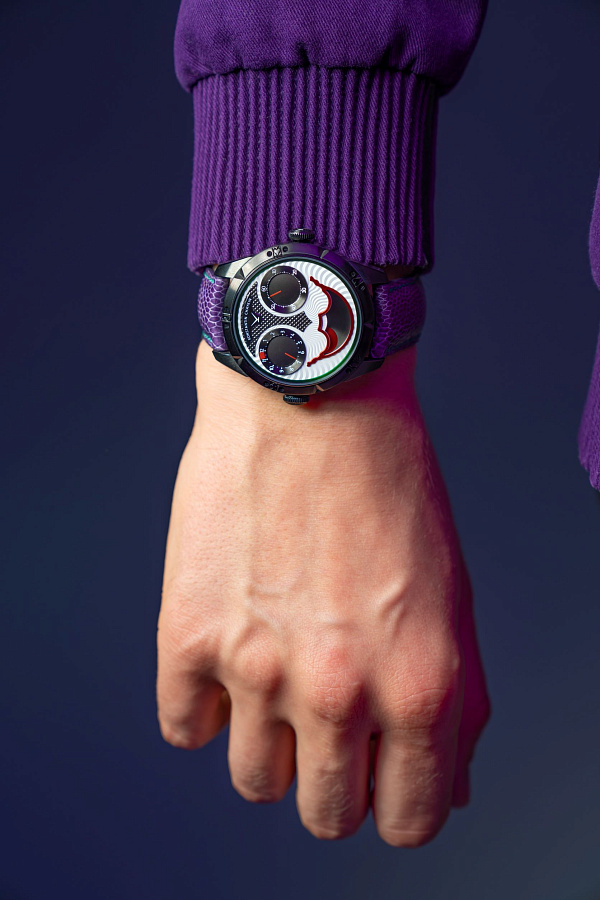 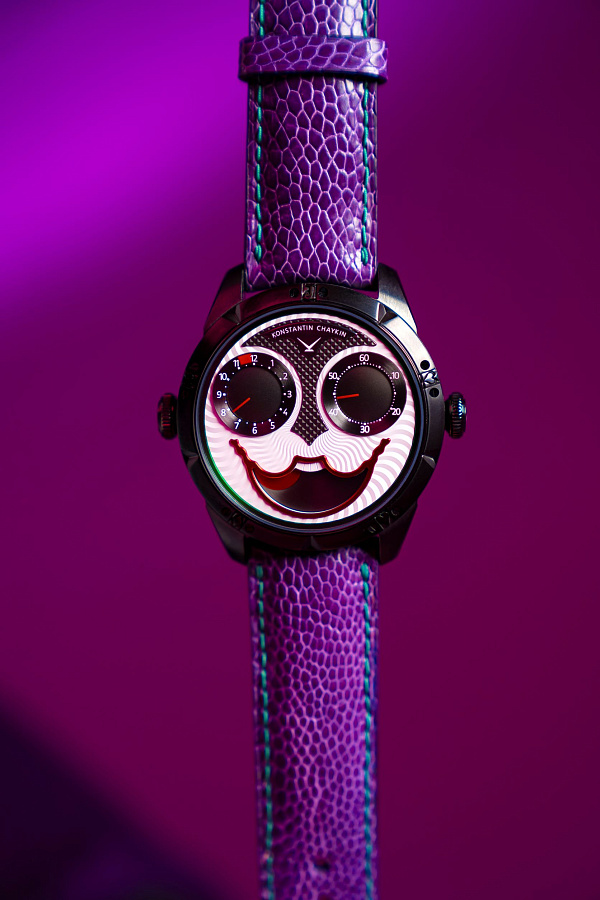 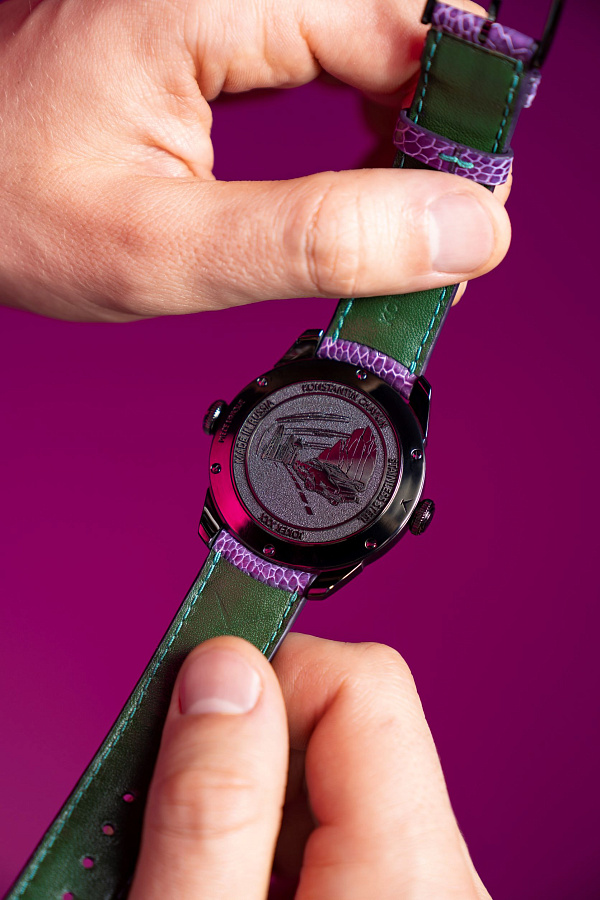 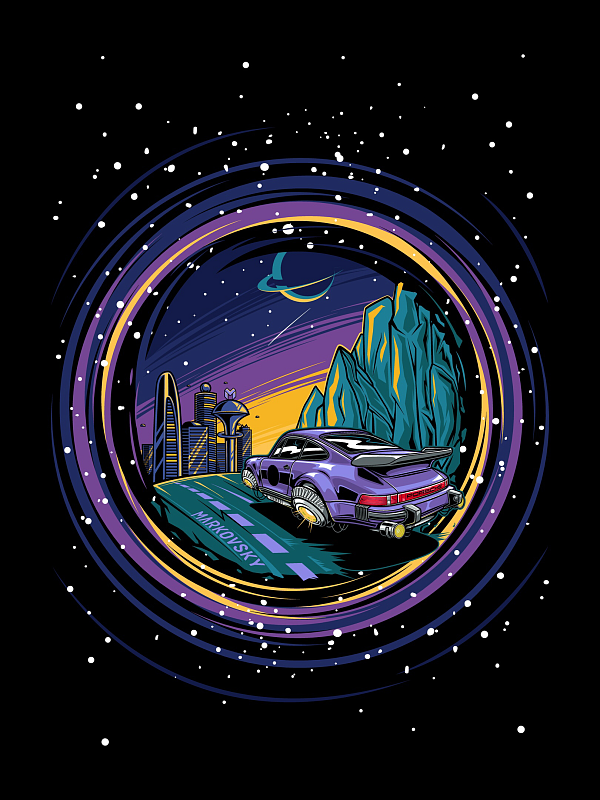 
Moving forward the NFT will give an access to private events held amongst all owners of the "Retro NFT Porsche" collection. This is the first release of the collection that will bring together car and watch collectors from all over the world.

The Joker watch, which spawned the Wristmons collection, was created by Konstantin Chaykin in 2017. The original limited edition of 99 pieces immediately sold out during the Baselworld exhibition, where the watch was presented to the public, and caused a sensation. The self-winding movement K.07-0, developed for the Joker wristwatch on the base of the Swiss-made Eta 2824-2 movement, modified by Chaykin, was fitted with an in-house complicated indication module. The characteristic feature of the Joker watch and its caliber is its unique design, with an anthropomorphic Joker-indication with disc indicators for the hours, minutes and moon phase. The hour and minute subdials look like the character’s eyes, while the moonphase indicator resembles his smiling mouth – the lunar smile of the Joker watch.

The Joker’s eyes look like car dashboard gauges, in high-contrast, with a matt black background and pad-printed red hands. Therefore, the unique piece created by Konstantin Chaykin combines the colour-scheme of an NFT artwork featuring the Joker’s car drifting through a late-night Gotham City, created for Ineichen Auctioneers’ April 2022 timed auction, with the Joker’s original dial design from the Wristmons collection, which has become the signature of the watchmaker. A special feature of the present example is the caseback designed with a medallion featuring the NFT-art image with the Joker’s car drifting through Gotham City engraved in relief and signed “Joker XXX”, “Unique Piece” and “Konstantin Chaykin Made in Russia Stainless Steel”. Made in stainless steel with black PVD-coating, the watch inherits the outstanding Joker design, one of the most noticeable and memorable watch designs in the world, this time in a one-of-a-kind creation.

The design of the Porsche 911 Joker by Aleksandr Markovsky included in this bundle was pure coincidence. Markovsky conceptualized the look unwittingly. “I was not planning to make a 'Joker’ car before it actually turned into one. It was as though it was destined to be part of this project,” he says.

The self-confessed car addict and watch lover spent most of 2021 restoring this 1986 Porsche 911 G-model Carrera Turbo-look.

The gearbox was restored and more than 800 new parts installed.

Markovsky is currently testing the car’s performance on tricky roads in all-weather conditions. Look out for him somewhere in the Swiss, Italian or French Alps as he puts the Porsche 911 Joker through its paces prior to handing it over to the winning bidder at the auction in April.

Markovsky stripped the car down to naked metal, recoating it in nonmetallic royal purple – one of the Skittles colors used on 911s in the late sixties and early seventies. He refurbished the interior with green nappa leather and a square-patterned purple-and-green textile, colors strongly associated with the Joker character, and added character with Outlaw wheels and the “Joker” sign at the back of the car.