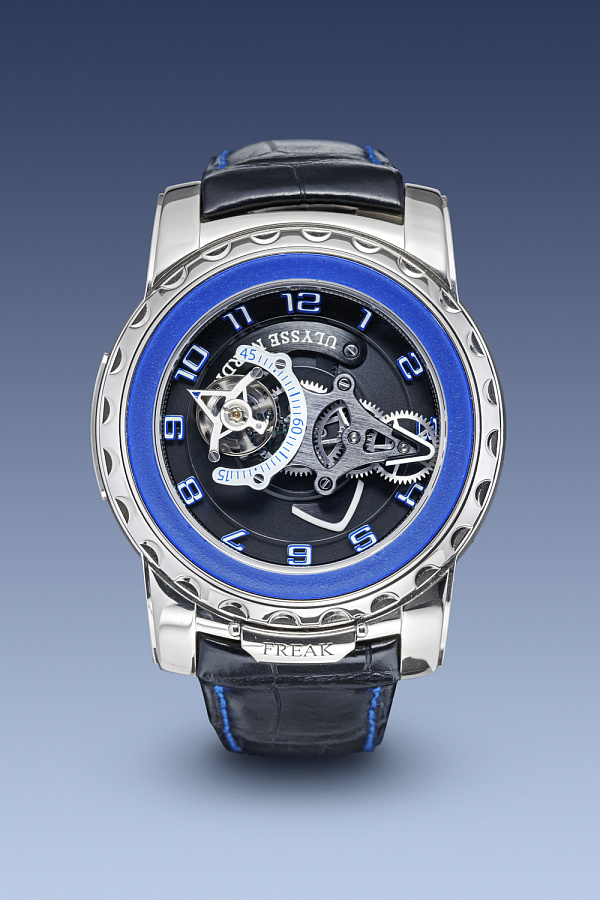 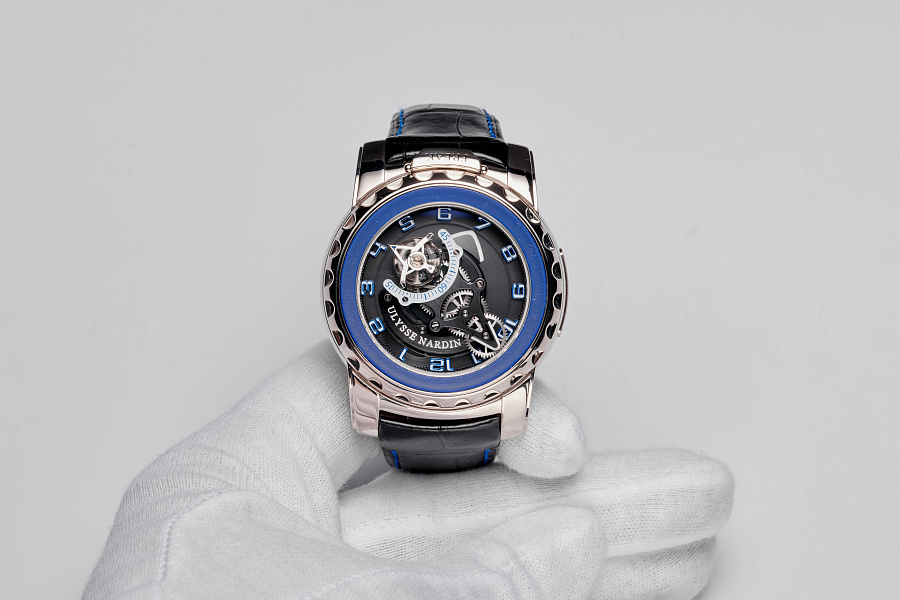 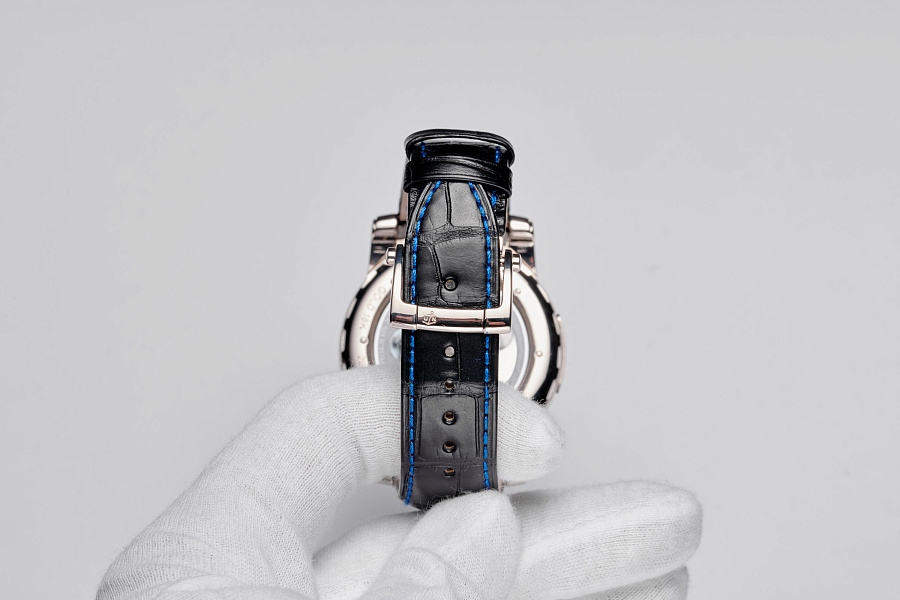 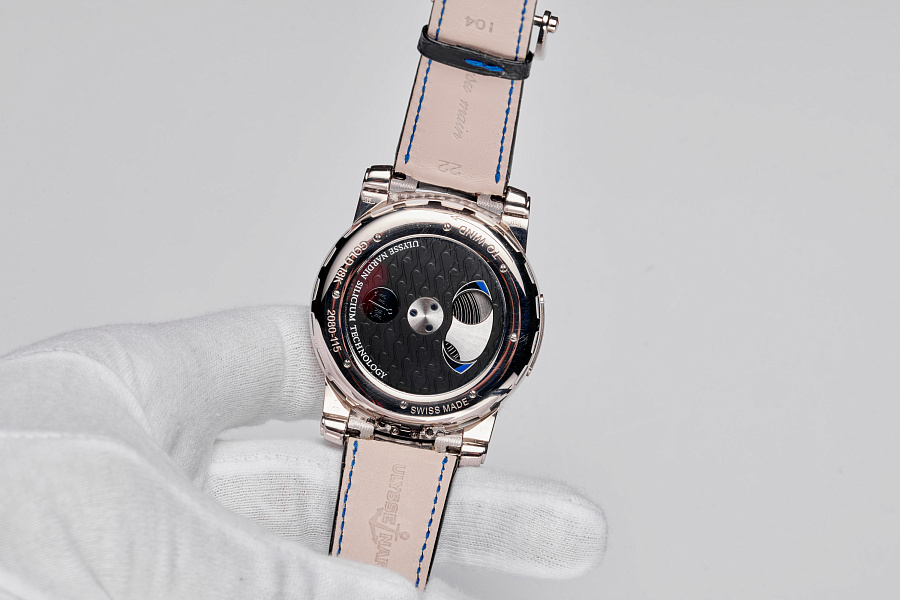 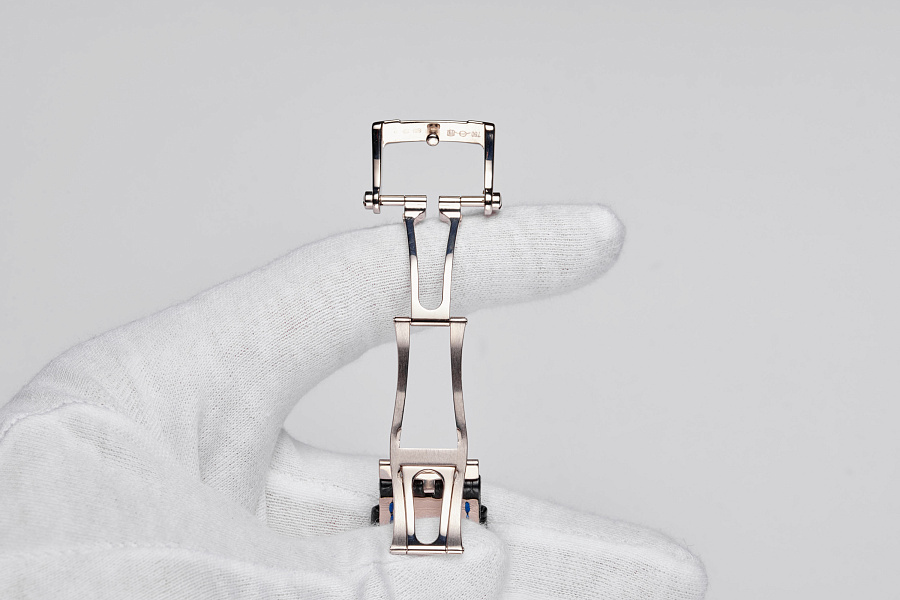 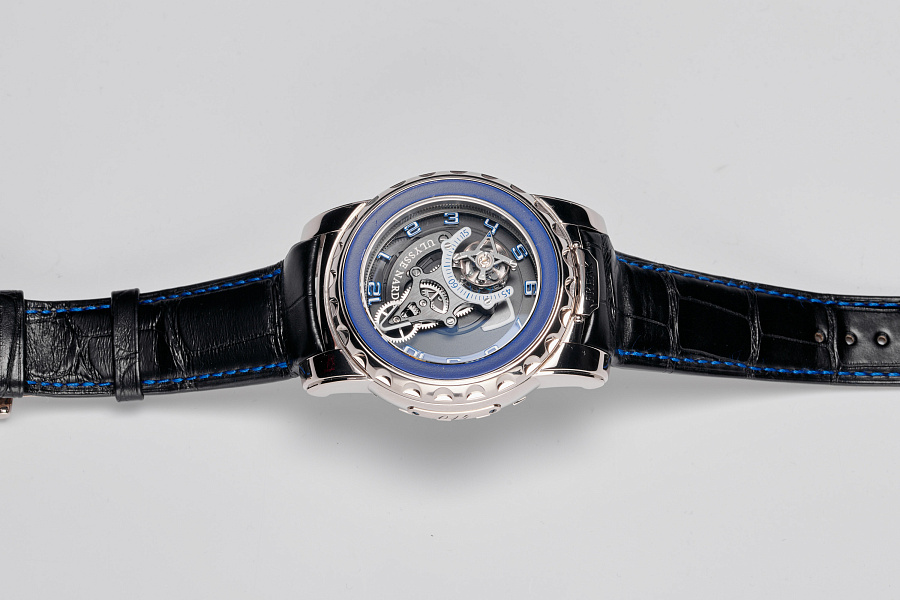 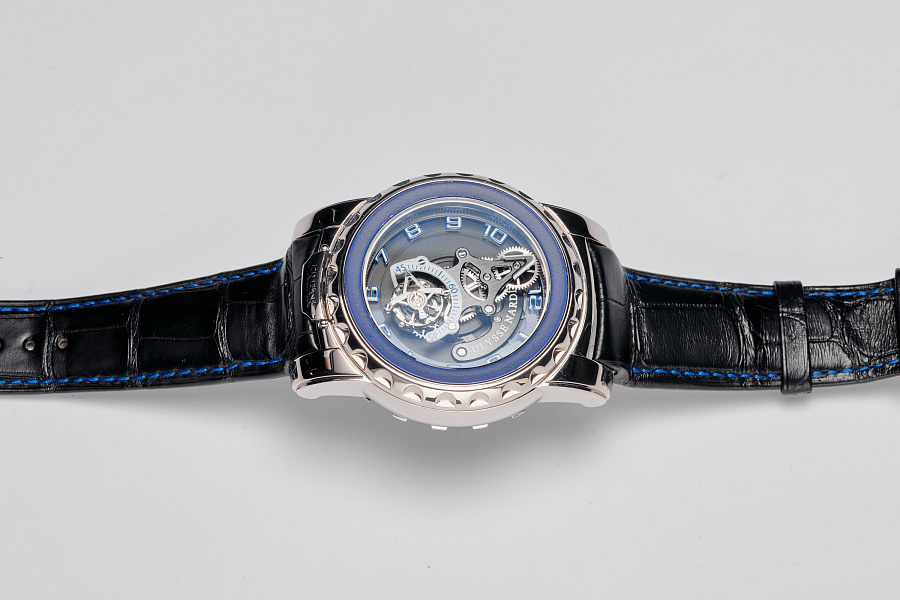 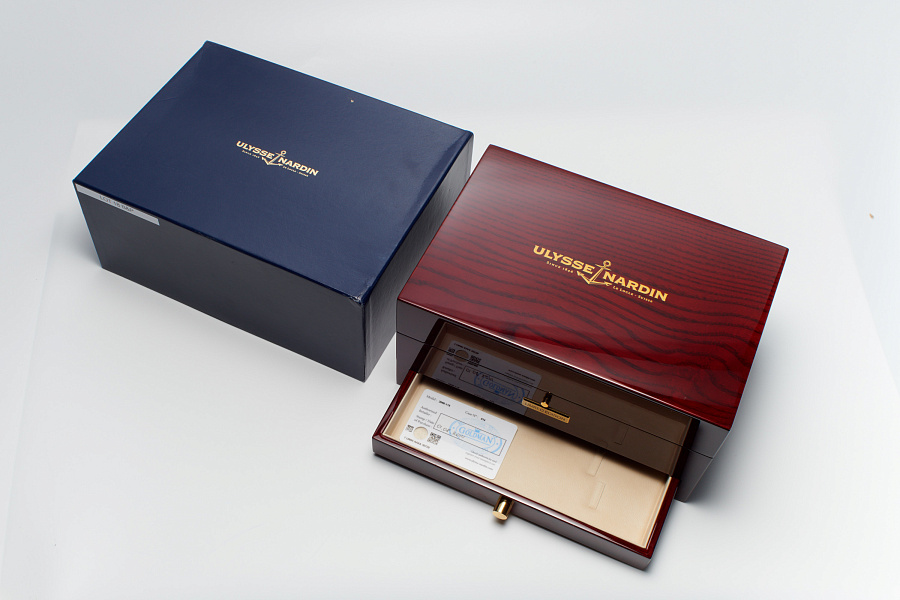 The project of a watch with a central carousel was initiated in 1997–1998 by the owner of Ulysse Nardin, Rolf W. Schnyder, who decided to realise the idea of aspiring inventor Carole Forestier, winner of the A.-L. Breguet 250th anniversary watchmaker competition in 1997. According to Schnyder, Carole Forestier was unable to complete the project, so he handed it over to Ludwig Oechslin, watchmaker, inventor, researcher and creative mind behind the brand. In fact, Oechslin totally redesigned the watch, developing an unusual concept of 60-minute orbital tourbillon with rotating bridges and a wheel gear mechanism that was used to indicate the minutes.

Among the distinctive features of the present reference are the bezel with blue ring, white half-scale (30-second) with blue markings around the tourbillon cage, and ‘Freak’ engraved on the bezel fixing

In 2010, the brand developed a new version of the unusual caliber, replacing the balance with a 60-second flying tourbillon. Thus, the watch, which on the whole retained its unusual appearance, saw the previous 60-minute orbital tourbillon replaced with an orbital tourbillon with two rotations – the original 60-minute rotation and an additional 60-second one. The watch was called the Freak Diavolo because of the two decorative visual power reserve scales depicted on the caseback, which look like devil’s horns. Note that there is no traditional type of power reserve indicator in this watch, its role given to the coils of the large mainspring. During winding or unwinding, these are displaced along the barrel, allowing this movement to be interpreted as an indication of the power reserve. The first version of the Freak Diavolo 2010 in white gold received a black design. In the same year, the brand introduced the 75-piece platinum black and yellow limited-edition Freak Diavolo Rolf 75, dedicated to the 75th birthday of brand owner Rolf Schnyder. In 2013, the limited-edition black-dial Freak Phantom of 99 pieces in 18k rose gold was launched, and in 2014 the present reference, which, although not limited, was produced in very small quantities and rarely appears on the market. Highly likely that was to be the Freak Diavolo’s last reference.

Among the distinctive features of the present reference are the bezel with blue ring, white half-scale (30-second) with blue markings around the tourbillon cage, and ‘Freak’ engraved on the bezel fixing (the first version of the Freak Diavolo had an engraving of ‘Diavolo’, the Freak Diavolo Rolf 75 – the signature of Rolf Schnyder, and the Freak Phantom – ‘Freak Phantom’). Traditionally, a plate with the watch’s serial number was attached to the side of the case. The present example has the number 014, which indicates its early release and is consistent with the launch date of this reference.

The Ulysse Nardin Freak Diavolo Tourbillon ‘Blue’ Ref. 2080-115/02 would appear to be an attractive purchase for the collector and connoisseur of fine watchmaking due to its impressive and unusual design. It is definitely one of the cornerstones and modern vanguards of creative watchmaking. The Freak watches are seen as a rewarding area for research and collecting, highly increasing the value of this example, which is quite rare compared to other Freak references. It represents an extremely interesting page in the chronology of this collection, as a very fine collectible. The present watch has a strong and distinctive character, and may well attract a connoisseur of watchmaking art as an extraordinary daily wearer.

The keen collector should note that also offered for purchase in this sale is another fine and very rare Freak 28’800 V/h Ref. 026-88 and Freak Blue Phantom Ref. 020-81. Together with the present lot, this trio represents the significant stages of the Freak design evolution over the years.