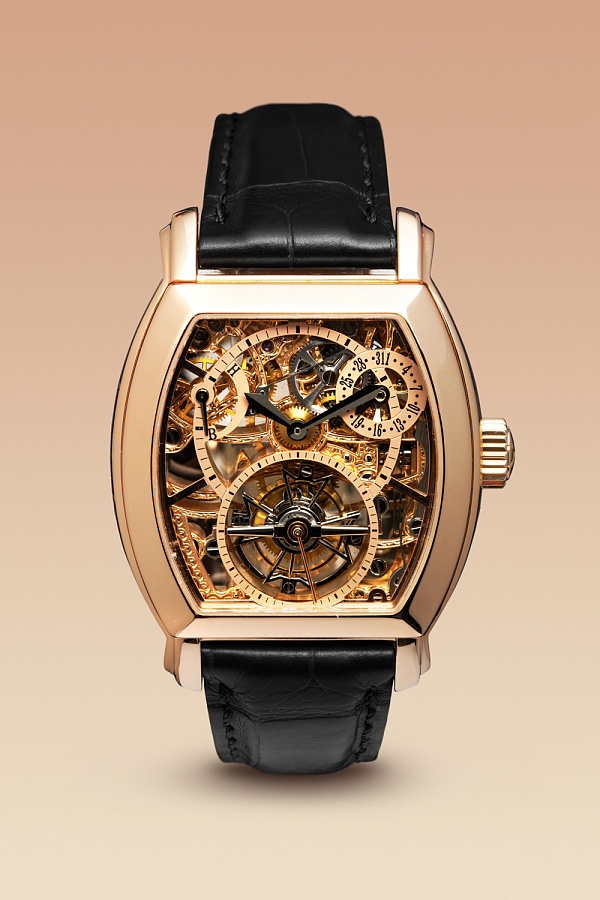 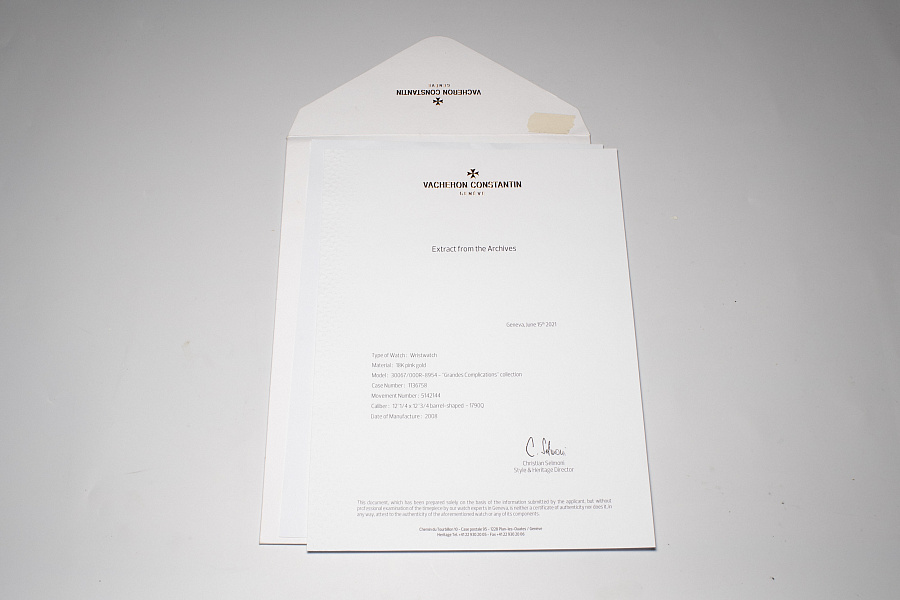 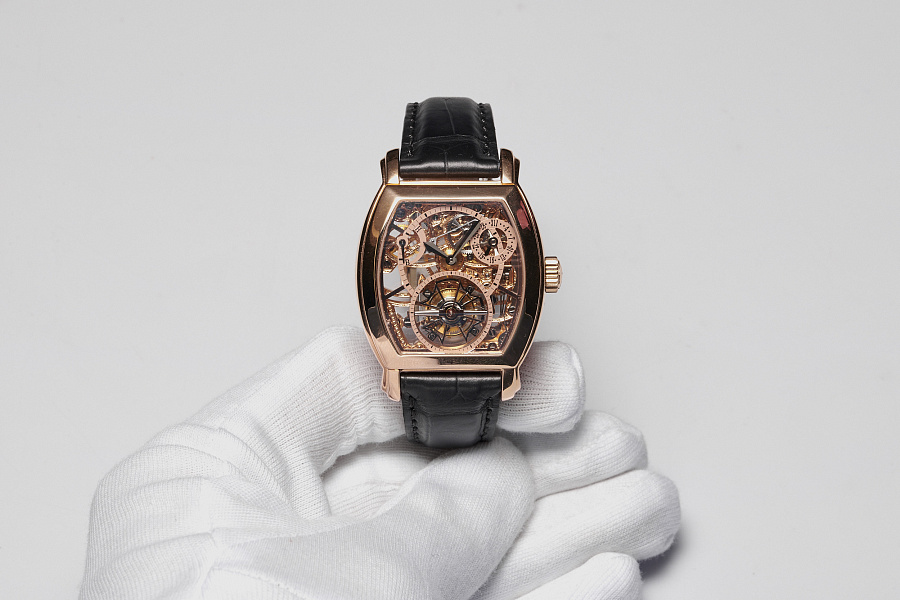 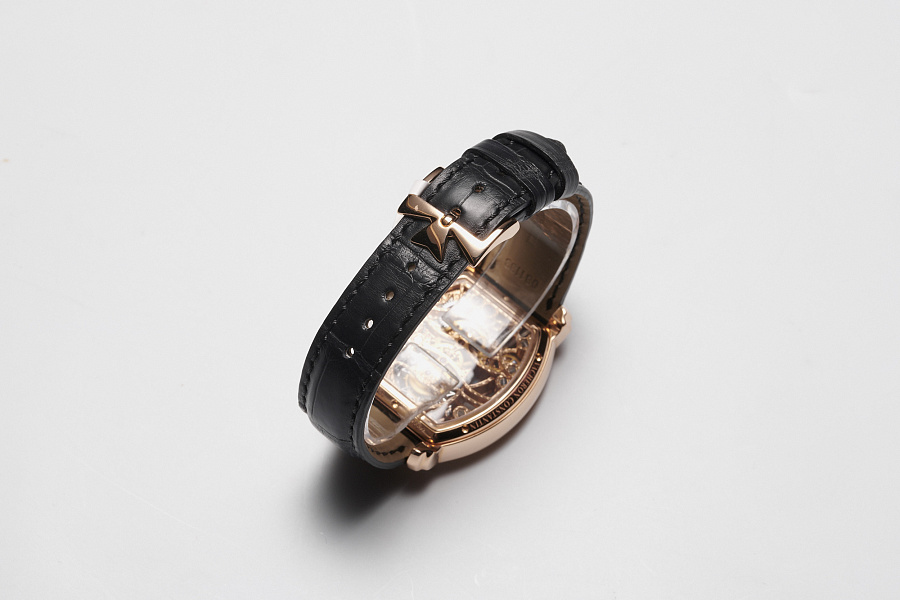 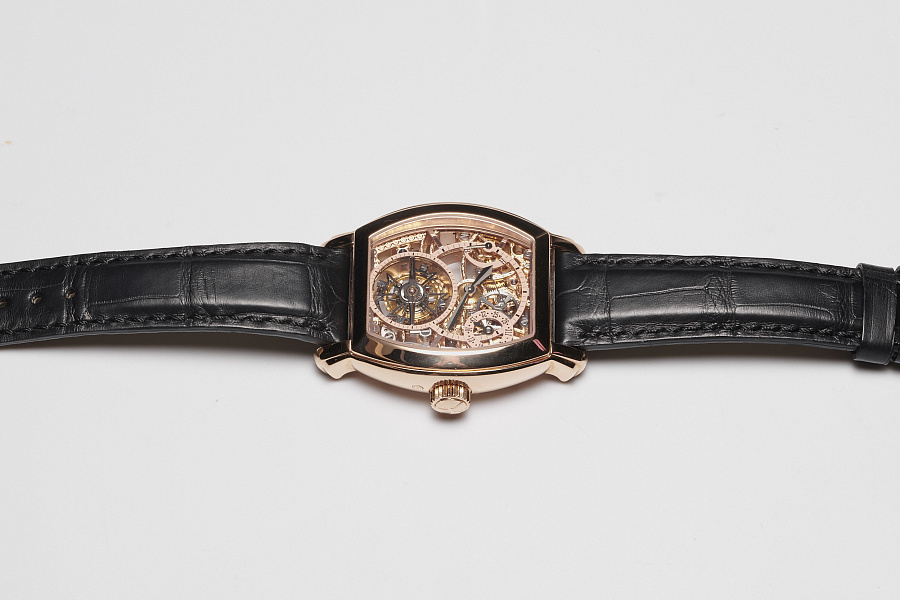 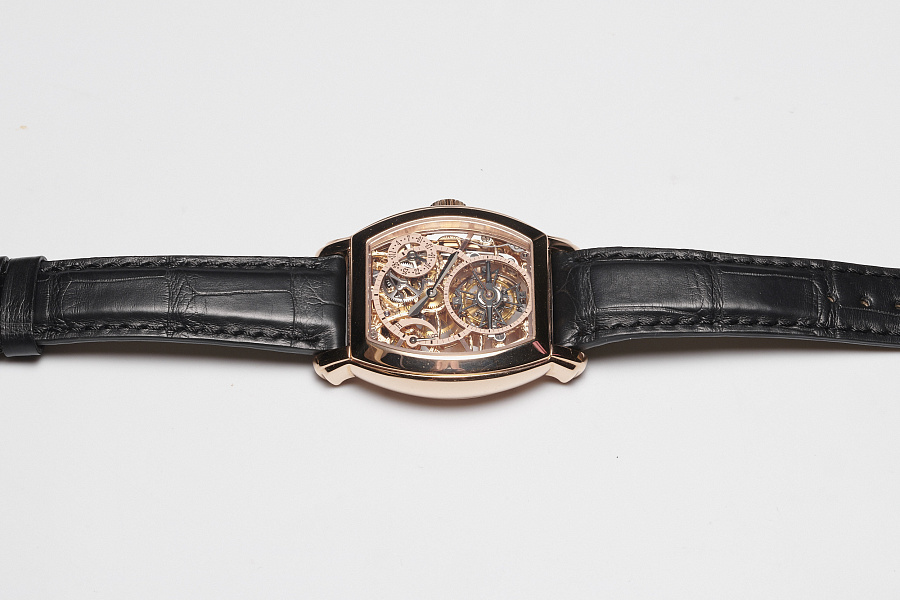 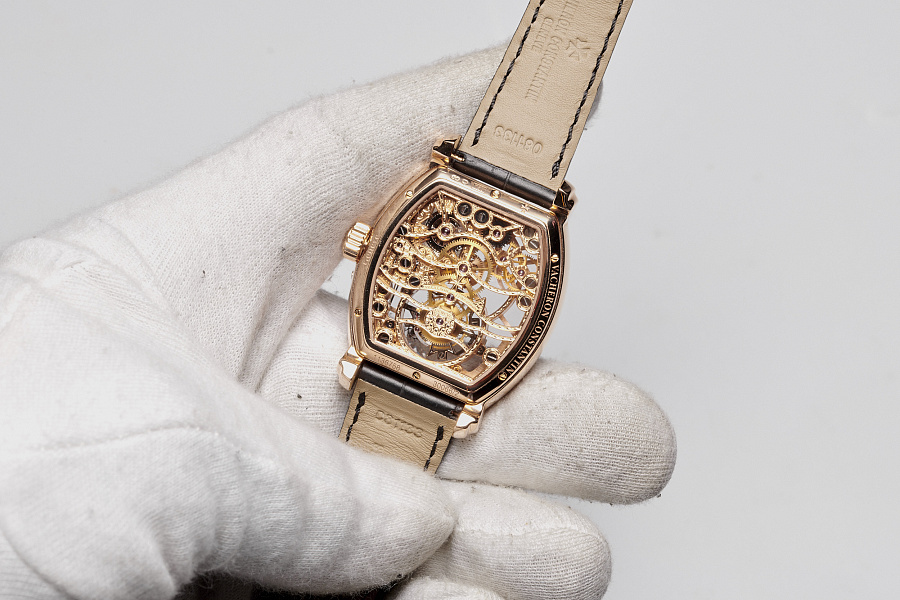 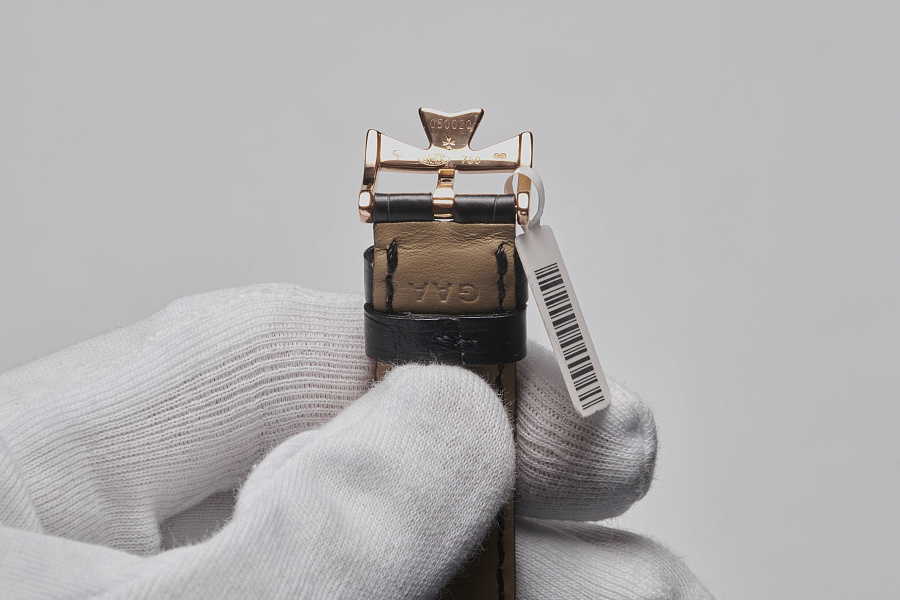 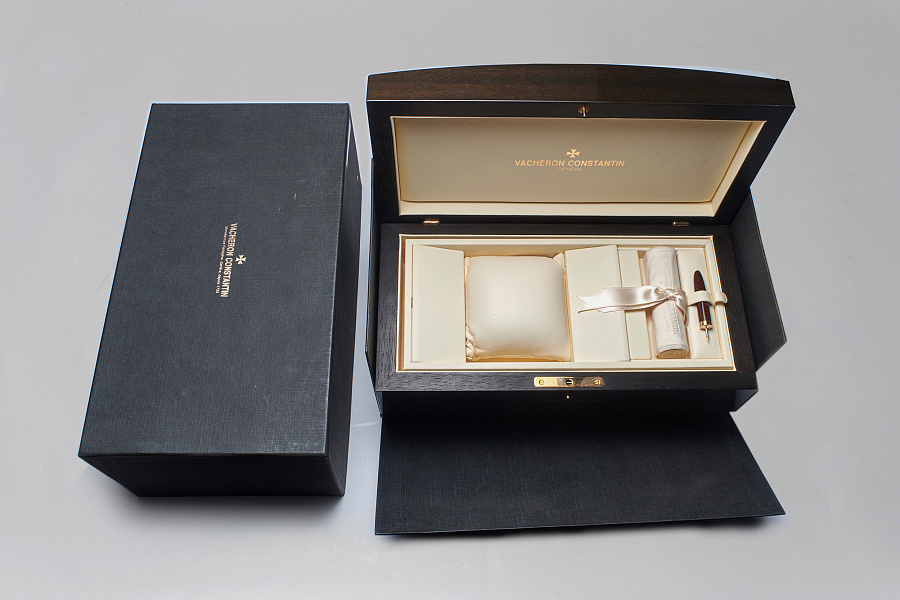 Vacheron Constantin launched in 2000 the Malte collection to be named after the Maltese cross, the brand’s symbol since the late 19th century. Therefore, the distinctive fan-shaped design of the stepped lugs was chosen, expanding like the rays of the Maltese cross. The Malte Openworked Tourbillon was part of the original collection, featuring the first in-house tourbillon caliber 1790 and its skeletonized version 1790SQ. Before that, in tourbillon wristwatches – for example, in the Les Complications Tourbillon Ref. 30050 (skeletonized version Ref. 30051) of the 1990s – Vacheron Constantin used movement-blanks supplied by Nouvelle Lémania.

The Malte Openworked Tourbillon watch was designed from scratch with a tonneau-shaped movement to match the case – a signature feature of the highest-level mechanical wristwatches and a real rarity in shaped watches. The calibre is embedded with a large tourbillon carriage in the shape of the Maltese cross. The pin buckle of the strap was created in the same shape, and the crown also bears a Maltese cross symbol.

The 1st generation Malte Tourbillon was produced from 2000 to 2011 in a number of versions in rose gold or in platinum. Some of its references include 30066, 30067, 30145 and 30669, though we should note this list is probably not complete. In 2008 Vacheron Constantin upgraded the design, issuing Malte Tourbillon Regulator Ref. 30080 in platinum or rose gold with a case enlarged to 39.9mm, and downwardly curved, straight and shortened lugs. In 2012 the Malte collection was redesigned in order to meet the new criteria of the Hallmark of Geneva. The Malte Tourbillon Ref. 30130 and Malte Tourbillon Skeleton Ref. 30135 were given reengineered calibres – designated 2795 and 2790SQ, respectively.

Vacheron Constantin is one of the few watchmaking houses that continues to produce sophisticated mechanical watches with traditional skeletonization, baroque lines, lots of “air”, rich hand-engraved “peacock tail” decorative patterns and thorough finishing of all components, including the traditional bevelled bridges and mainplate with meticulous handwork shaping and polishing of inner corners during bevelling. This is an extremely costly operation for a watch brand, where a lot of time and effort is required even without taking into account that needed in the process of handcrafting, finishing, assembling and adjusting watches. The Malte Openworked Tourbillon Ref. 30067/000R-8954 is an extremely compelling example of this approach, which, unfortunately, is decreasing its presence on the market.

All these features make the Vacheron Constantin Malte Openworked Tourbillon Ref. 30067/000R-8954 an exclusive timepiece with a strong personality. Therefore, the present lot is a fine purchase for the collector who wishes to obtain a complicated mechanical watch of a historically important design from a world-famous watch brand, one of the market leaders in haute horlogerie and complicated timepieces. The undoubted advantage of the present watch is the combination of the outstanding technical characteristics of the caliber 1790SQ, one of the best traditionally skeletonised tourbillon movements with its flamboyant baroque aesthetics. Moreover, the caliber 1790SQ has a prestigious status as the first in-house tourbillon movement of the brand. The Malte Openworked Tourbillon will never lose its attractiveness for the discerning collector, especially since the production of it has been discontinued, and the number of pieces produced is small.