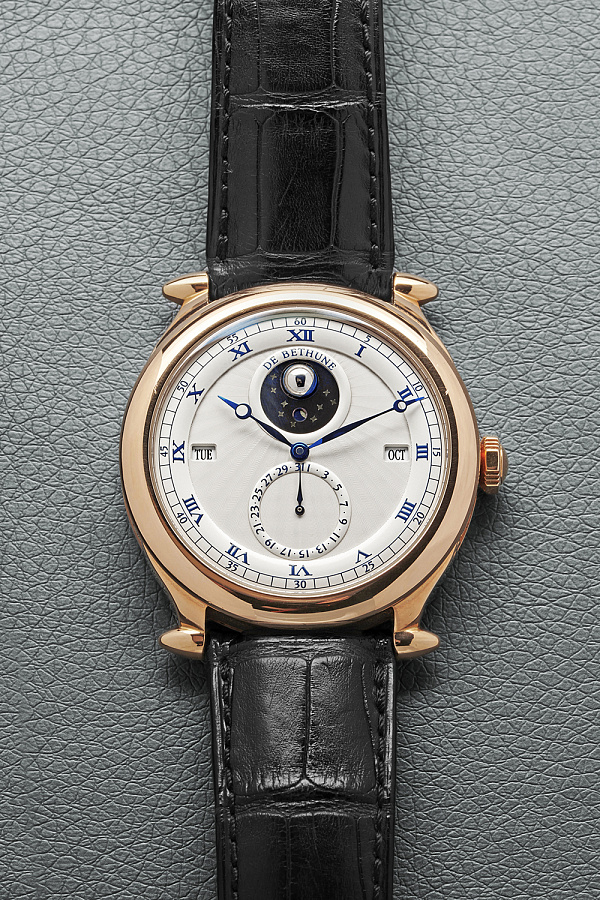 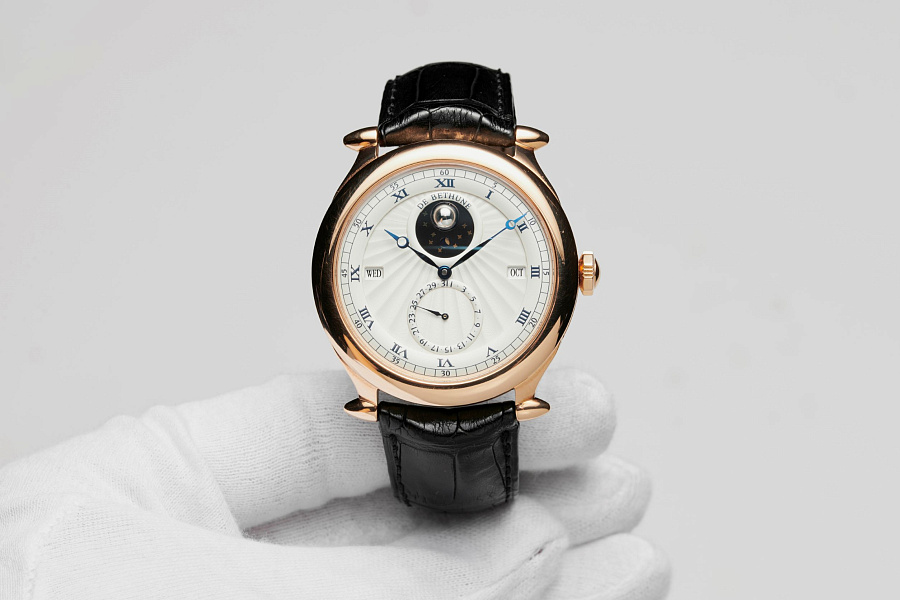 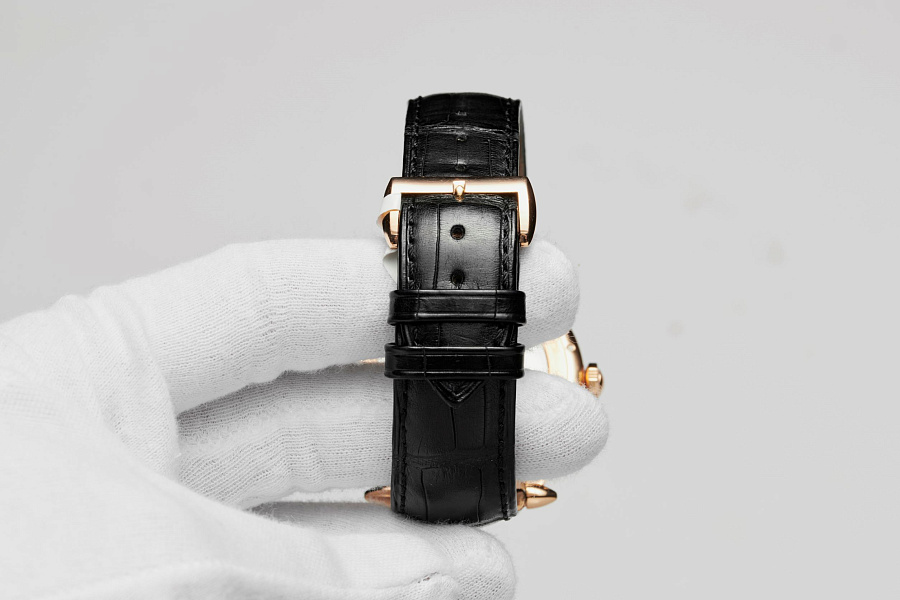 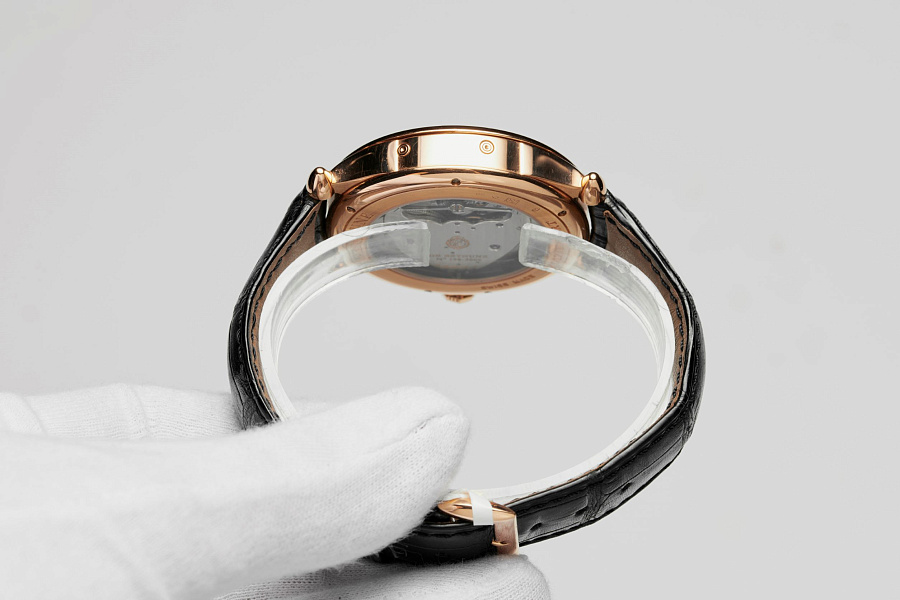 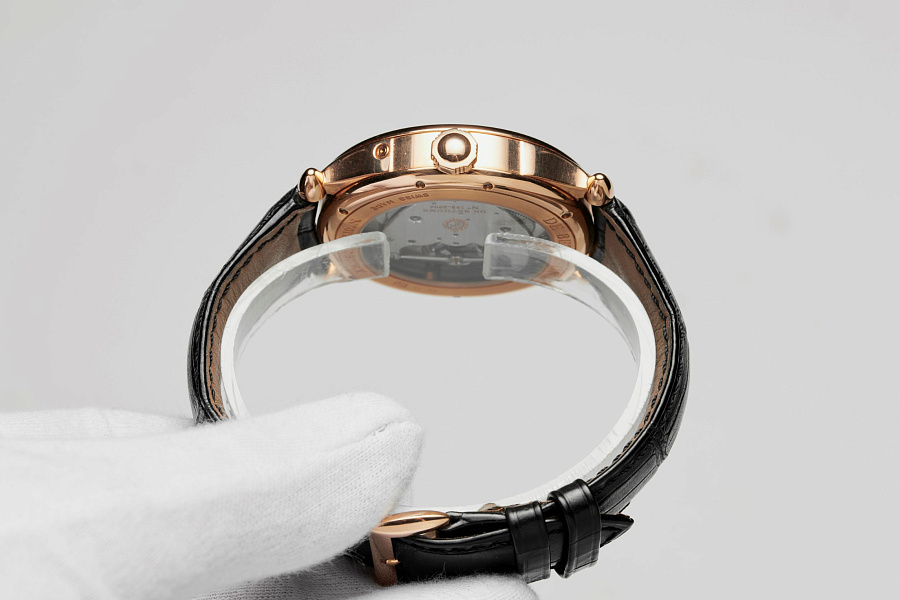 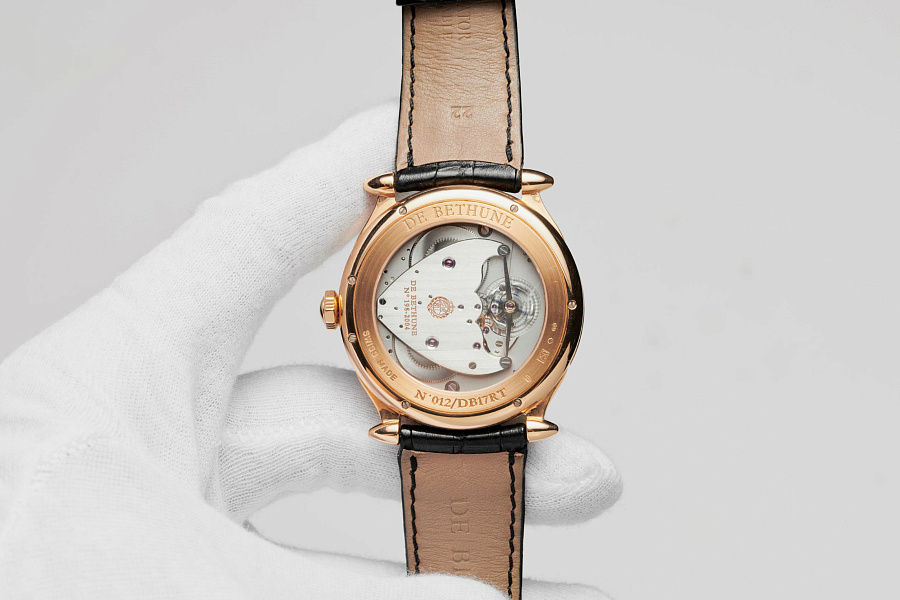 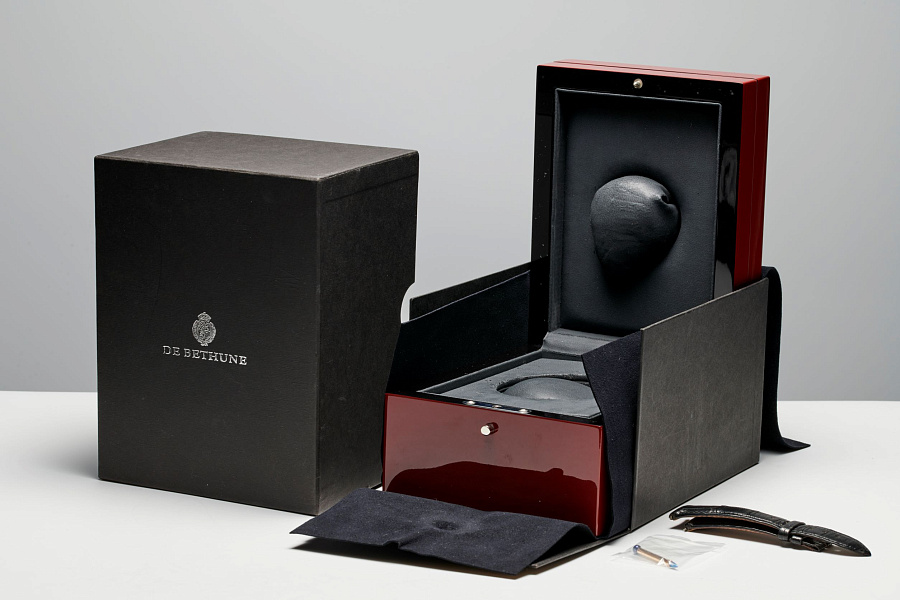 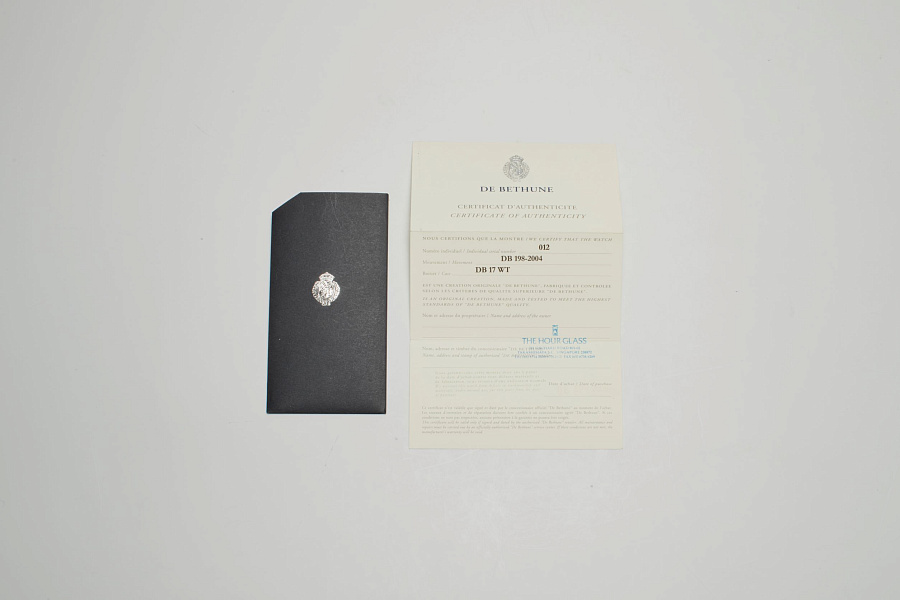 In 2004, just two years after its founding, De Bethune launched the ground-breaking DB15 perpetual calendar, embedded with an impressive list of unique features. The most notable innovation is the astronomical moonphase indicator, accurate to one lunar day every 122 years, with a lunar sphere made of platinum and blued steel that rotates around its axis representing the evolution of the moon phase. This complication is supplemented by a traditional perpetual calendar with a ‘hidden’ leap year indicator, which is installed in the largest star of the decorative sub-dial of the moonphase indicator at 12 o’clock – directly below the spherical moon.

The present lot is an extremely rare example of a transitional pre triple pare-chute design, keeping in mind that even regular DB17 examples are very rare.

The DB2004 caliber, an entirely in-house production, is the brand’s first perpetual calendar movement. Having an impressive 5-day power reserve, it was developed in 2004 and designed in the characteristic De Bethune style, with an early version of their branded shield-shaped barrel bridge. The caliber’s innovative performance is underlined by this unusual barrel bridge design (visible through the sapphire caseback), aesthetic solid gold and silver-plated four-piece dial, and case of an original De Bethune design with signature cone-shaped lugs.

The short lived DB17 collection was an evolution of the DB15 style, with a few differences. The DB17 dial received a guilloché ‘lotus’ motif with the centre of the rays in the sub-dial of the moon phase and leap year, rather than being in the centre of the dial, while other differences included the domed chapter ring becoming narrower, the ‘pomme Breguet’ hands replacing the ‘leaf’ hands (however, we found the ‘leaf’ hands in some examples of the DB17), and the bezel of the case of the DB17 being somewhat wider than that of the DB15.

It is known that the DB17 Perpetual Calendar, launched in 2005, was equipped with an advanced version of the DB2004 caliber, which had a De Bethune triple pare-chute shock-absorbing system. However, in the present example, we were surprised to find the caliber DB2004 of the original version, that is, with a long elastic bridge, visually similar to the tourbillon bridge, but without the triple pare-chute system. This leads us to assume that this example belongs to the early transition period of the DB17, when it had not yet received the updated DB2004 (which, frankly, is a common practice in De Bethune). We have not been able to find any other DB17 examples with the same feature, indicating that such examples are very rare.

The De Bethune DB17 Perpetual Calendar Ref. DB17RT ‘Pre Triple Pare-chute’ would be an extremely attractive purchase for the collector and De Bethune watchmaking expertise aficionado, with an opportunity to obtain an extraordinary perpetual calendar and spherical moon phase wristwatch from this famous independent watch brand, one of the undoubted leaders in the haute horlogerie watch market. The present lot is an extremely rare example of a transitional pre triple pare-chute design, keeping in mind that even regular DB17 examples are very rare. The short production span, unusual, memorable and immediately recognisable design, and peculiar version of the DB2004 caliber, undoubtedly make the present lot highly desirable.